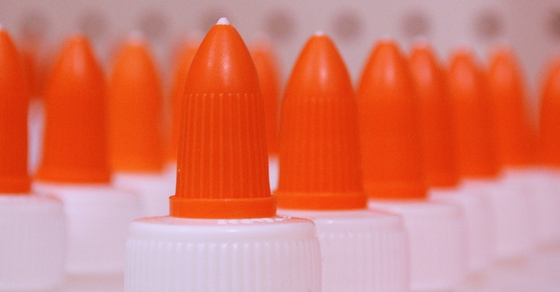 The GPRA Modernization Act of 2010 had a vision: to “provide Congress and the public a clearer picture of the programs that exist across the Federal government .” It would do this by, among other things, requiring all executive agencies to produce a report describing their goals and how they planned to meet them. This was called the “Federal Program Inventory”, launched in May 2013. Like most things in government, it failed to live up to its goals.

The law was supposed to apply to every executive agency, as defined by Title 5, Section 105 of the US Code, that is, to every “Executive department, Government corporation, and independent establishment.” Specific exceptions were made for the CIA, GAO, USPS, and Postal Regulatory Commission.

There are currently 15 Departments and 68 independent agencies and Government corporations. Performance.gov, the website created as a hub for all these reports, only lists 23 agencies. Counting out the four exceptions, that’s 29%.

Despite the assertion in this document from the Office of Management and Budget that the Federal Program Inventory “focuses primarily on…agencies that were required to identify FY2013-2014 Agency Priority Goals”, no such exception is written into the text of the GPRA Modernization Act (2010) . The government simply failed to do 71% of what the law required.

The Inventory was supposed to enable “cross-cutting analysis”, but each agency had its own method for estimating its budget.

Despite the fact that the law says that “Information for each program described under paragraph (1) shall include…(C) an identification of funding for the current fiscal year and previous 2 fiscal years,” four agencies failed to mention the source for their calculations.

Four estimated off the then-current Continuing Resolution, and fourteen used the President’s Budget. Only one (Department of Justice) used the actual number of enacted appropriations in 2013. It was also the only one to factor in the sequester, even though the sequester began in March 2013, two months before most of the reports are dated.

The General Services Administration failed even to list their units. I had to assume they were using “thousands” of dollars.

The fact that 63% of the agencies which did submit an Inventory used the President’s Budget is shocking. The President’s Budget is the first step in the budget process, which means, as the Department of Defense says, “the dollar amounts displayed [in] figures 3, 4 and 5 [summary charts] do not represent the amounts enacted by Congress.” These fourteen agencies treated the report not as an inventory of their spending, but as a wish list.

Each agency was left to interpret whether its activities even counted as “programs”. There is no guaranteed consistency even within a department – quoting from OMB’s internal instructions: “Must all components within an agency use the same approach [to define programs]? No.”

This left many agencies free to exclude funds from the Inventory and vastly understate their spending. This can only be discovered by comparing the Inventory’s total listed Budget Authority to some other total, like the Office of Management and Budget’s own records (Table 5.2).

Five agencies allocated less than 50% of the budget authority they actually possessed in the Inventory. Another three listed between 87 and 93% of their budget authority. Amazingly, five were in the range between 98 and 102%. Then there were four agencies allocating 106 to 111%, three agencies that topped 130%, one that allocated 214%, and finally, the EPA. The EPA made a consistent typographical error, using a comma instead of a period, and mistakenly allocated 108,270% of their budget.

Garbage In, Garbage Out

The final appropriations amounts for these agencies were known since March 26, 2013 when the President signed the fiscal year 2013 budget bill, months before these reports were submitted. Fully half of these agencies were off by 10% or more and the sequester was not large enough to cause these errors.

The only way the Inventories could have such a discrepancy and still have integrity is if the missing amounts of money are not allocated to clearly defined programs. This means, for all those agencies that came short of OMB’s numbers, that the missing funds are either dedicated to very small tangential projects or a definition of “program” was chosen that excluded substantial sums of money.

The other possibility is that these reports are simply full of junk data.

These reports use inconsistent, unverifiable methods. Their benchmarks are the President’s Budget – the first draft of the budget – when real, final numbers were available to each agency for months. Given the circumstances, these errors are inexcusable.

All told, the Inventories only cover 78% of their actual budget authority. Over a fifth is missing.

Let me repeat that – over a fifth of the federal government’s budget cannot be allocated to clearly-defined programs.

And this is for the 29% of federal agencies that bothered to submit a report at all.

What the Federal Program Inventory produced was not data. It was a colossal, inconsistent, expensive waste of everybody’s time. Agencies so vast that a billion dollars can be a rounding error were left to self-report on their budgets and this is what we got.

Has public understanding been improved? Is cross-cutting analysis of the federal budget now possible? Or could it be that the only thing the government proved with this project is that it is unwilling and unable to hold itself accountable?