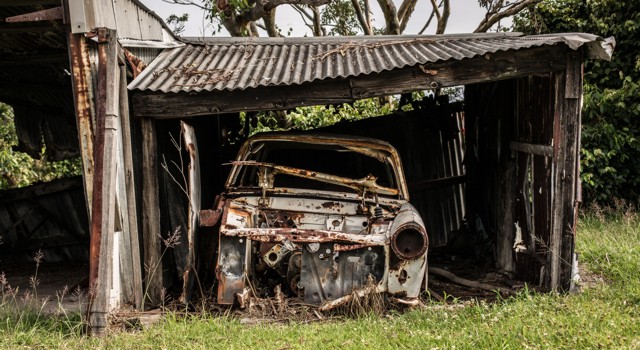 There is one issue between the rivals for the White House that clearly separates them: Bush currently has the job, and Kerry wants it. Politics is the competition for power.

In the past five weeks I’ve demonstrated that taxes matter, and lowering taxes, especially on the very productive, benefits all Americans. You may think that would make me a dyed-in-the-wool Republican, but Bush’s predilection to expand the power of big government makes the two candidates indistinguishable on the issue that matters most: personal freedom.

Bush’s tax cuts were good policy. But it is clear that the primary motivation was not consistent policy but political expediency. Conservatives like lower taxes more than they mind deficits. Liberals like deficits better than spending cuts. The thinking appears to be small tax cuts plus massive spending increases equals reelection.

The truth is that the increased efficiencies of small tax cuts can’t overcome the waste of massive spending increases. That makes Bush personally responsible for the bloat of federal spending and the growing deficit. He has offered no leadership in the fight to restrain federal spending, nor vetoed one bill in his administration.

When the Republicans gained control of congress in 1994, federal spending was 20.7% of the Gross Domestic Product (GDP). Clinton responded by becoming more fiscally more conservative. “Let’s change the government,” he said in his 1995 State of the Union address, “Let’s make it smaller, less costly, and smarter.” He continued in his 1996 Budget message: “Except in emergencies, we cannot spend an additional dime on any program unless we cut it from other parts of the budget. We are reducing low-priority spending to fulfill the promise of deficit reduction as well as to fund limited, targeted investments in our future. These are not the kind of cuts where you end up spending more money. These are true cuts, where you actually spend less.”

Dropping every year under Clinton, federal spending reached a low of 18.4% of GDP in 2000 when Bush was elected.

It is almost as if when Bush were elected he said to Republicans, “It’s okay, those are our social programs now.” They responded with the hypocrisy of those addicted to power. Though they acknowledged that farm programs do more harm than good, they expanded farm subsidies. Though they warned that entitlements would soon bankrupt the nation, they proposed and passed the largest Medicare expansion in history. Though they formerly called to abolish the department of Education, now they increased education spending 70%.

These increases are not simply the result of increased defense spending. Most of the pork is unashamedly directed to constituents of the most influential congressmen of both parties. As a result, non-defense discretionary spending will rise about 36% during Bush’s first term. As a result, federal spending rose back to 20% of GDP. This increased tax expenditure will ultimately have to be collected.

If the money were being well-spent, we might take some comfort. But the public sector is incapable of being efficient. It has no disincentive on waste.

As Ronald Reagan said, “Public servants say, always with the best of intentions, ‘What greater service we could render if only we had a little more money and a little more power.'” But the truth is that outside of its legitimate function, government does nothing as well or as economically as the private sector.

Furthermore, the 2.3 trillion dollar federal government is simply too big for Congress to effectively oversee. Chronic government mismanagement plagues the public sector. The Office of Management and Budget’s most recent scorecard gave 8 green grades for good performance out of 130.

In the corporate world, mismanagement can only be covered up so long. In time, those responsible are held accountable. Companies fold. Executives are taken away in handcuffs. Only in the federal government can poorly manage bad ideas and still plead they are underfunded.

Federal expenditures that are given back to the states in grants are counter-productive in reducing the size and power of government. Grants to the states allow federal politicians to extend their power and influence in the guise of altruism. They can negate the freedom of the markets and the local control of state officials through the regulation and oversight attached to government redistribution.

The solution, of course, is eliminating those activities that overstep the proper sphere of federal government responsibilities. This would balance the budget, increase individual freedom and expand the productive economy.

Again, to quote Ronald Reagan: “Are you willing to spend time studying the issues, making yourself aware, and then conveying that information to family and friends? Will you resist the temptation to get a government handout for your community? Realize that the doctor’s fight against socialized medicine is your fight. We can’t socialize the doctors without socializing the patients. Recognize that government invasion of public power is eventually an assault upon your own business. If some among you fear taking a stand because you are afraid of reprisals from customers, clients, or even government, recognize that you are just feeding the crocodile hoping he’ll eat you last.”

In his first term, Bush has increased spending more than the first terms of Carter, Clinton, and his father combined. Under his leadership, Republicans have lost the high moral ground of fiscal responsibility and rightfully endangered their control of congress.

Photo by Christopher Windus on Unsplash