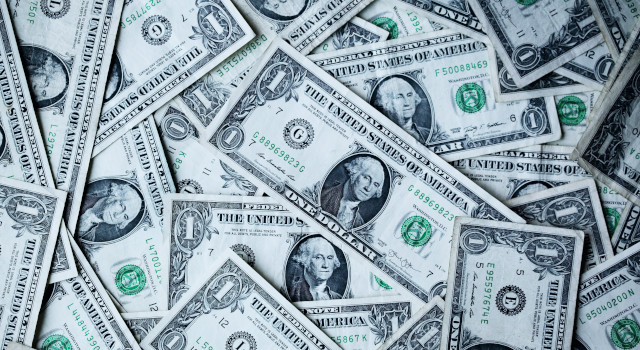 “The art of taxation,” said the French finance minister Jean Baptist Colbert, “consists in so plucking the goose as to get the most feathers with the least hissing.” The Republicans have proven themselves the better pluckers.

Any politician can raise taxes. It takes a magician to make your dollars disappear in front of a national audience and still get applause.

He continued silencing the liberals by changing mandated labor laws to include comp-time and flex-time, subsidize 7 million homes, mandate funding a new focus on math and science and triple the funding for homeland security.

I don’t know why the Democrats bother running a candidate. The democrats have received more non-military discretionary spending increases in four years of Bush than eight years of Clinton!

The point to remember is that what the government gives it must first take away. This is true even when running a federal deficit.

The answer can be found by following the money supply. In our deficit spending government, money is constantly being printed by government debt. Printing money devalues all existing savings stored in dollars. Dollars become less valuable, and this is a form of taxation. Over time, dollars buy less in direct proportion to the number of dollars created to fund the federal deficit.

Conversely, the surplus saving government takes dollars out of circulation each year making wealth held in dollars more valuable. With fewer dollars, the buying power of the dollar goes up and a value equal to 5% of GDP is automatically refunded to those with savings in dollars.

The Bush administration has moved from a surplus saving to a deficit spending government. While one was giving us a tax cut, the other was picking our pocket. As a result, your dollars in the bank are worth less.

Currencies are subject to fluctuations of their own, but gold and silver are not. Since 2002, the dollar has dropped 32% against both gold and silver.

That’s a 32% tax in less than three years, and it has been a tax on total wealth stored in dollars, not simply on income. This wealth tax is far more significant than the slight income tax reduction given.

In 1966, Alan Greenspan wrote, “In the absence of the gold standard, there is no way to protect savings from confiscation through inflation. There is no safe store of value.”

He was only partly correct.

During periods of high inflation or when the dollar is dropping in value, smart investors make certain that they hold investments that are outside of the reach of the dollar. Foreign stocks and bonds provide protection against a dropping dollar, as do hard asset stocks.

Hard Asset stocks are stocks that own an underlying resource that can hold value independent of what is happening to the dollar. If you own your own home, it has appreciated since the beginning of 2002 because real estate is a hard asset. Real Estate Investment Trusts (REITs) are also a hard asset investment. Oil and natural gas stocks are hard asset stocks. When valued against unleaded gasoline, the dollar has dropped 49% since the beginning of 2002.

Precious metal mining companies are also hard asset stocks. The prices of hard asset stocks are particularly susceptible to fluctuations in the value of the underlying commodity. If gold costs $200 an ounce to mine, and can be sold for $279 an ounce the profit is $79 an ounce. If the price of gold goes up to $410 an ounce the value of the dollar has dropped 32%, and the value of gold has gone up 47%. But the entire gain is pure profit to the mining company. If it still costs $200 an ounce to get the ore out of the ground, now it can be sold for $410 or a $210 an ounce profit. Profits have gone from $79 to $210 an ounce or a 166% increase in profits. This increase is reflected in the company’s stock price.

Hard asset stocks leverage the changes in the underlying asset and can provide a safe store of value during times of inflation or a dropping dollar. This type of investment helps balance the dangers of holding US bonds during times when the buying power of the dollar is diminishing.

We would expect the dollar to continue dropping in value if either of my opponents is elected. This is another good reason to take control of your own financial freedom and make sure that your investments are properly balanced against confiscation and devaluation of its buying power.

Photo by Sharon McCutcheon on Unsplash