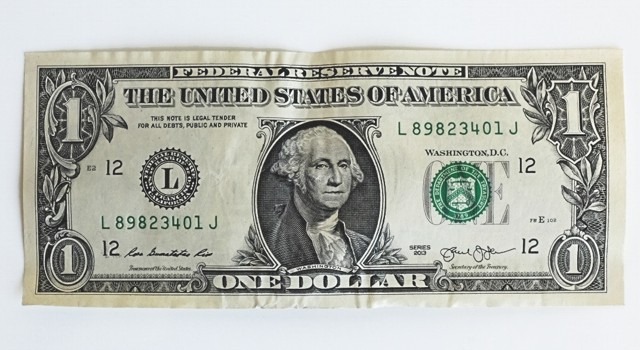 If you think hiding money under your mattress is a risk-free way of building wealth, think again. Cash, it turns out, has been the riskiest investment since 2002. Many investors try to avoid risk by putting their money in a bank account or investing in CDs. But like any other investment, cash is subject to its own set of risks.

Cash is dangerous because the dollar can be devalued. When our currency decreases in value, we experience inflation and the purchasing power of the dollars we hold is compromised. Having the same amount of dollars doesn’t do you any good if your dollars won’t buy as much as they used to.

Money market’s real risk is the dropping value of the dollar, not exposure to subprime lending. Cash in money market has lost over 40% of its buying power since 2002. And the US Dollar has dropped 10% just this year alone.

Interestingly enough, the consumer price index (CPI) over this same period has only registered a 15% drop in the dollar’s purchasing power. While 15% is still significant, many economists believe that the federal government has been under reporting CPI since they changed the rules for computing it in 1996.

Purposefully under reporting CPI allows the government to cut the impact of cost of living increases in social programs and helps curb runaway government entitlement programs. Started under the Clinton administration and continued under Bush, these changes have rendered the official CPI numbers less meaningful.

Current CPI calculations have changed inflation numbers through tricks such as “substitutionary adjustments”, “component removal” and “hedonic deprecators”. This creative accounting rivals anything done by Enron. These changes were made specifically during a political debate over cutting back cost of living increases to Social security and other federal benefits. The changes have saved the Government tens of billions of dollars a year at the expense of benefit recipients whose benefits buy them much less now than they did a decade ago.

Any attentive consumer knows that cumulative price inflation since 2002 has been closer to 50% than 15%. This corresponds to the CPI being understated by about 5% a year. One study suggested that the CPI index has been understated by about 7% per year. No matter the exact amount, your bank deposits and money market funds have been the riskiest investments and have lost significant buying power to inflation. The danger of the U.S. dollar continuing to decline is aggravated if you try to be “safe” and over-expose your investments to cash and money market.

Over half of your portfolio should be protected against the risk of a falling dollar. You can protect your portfolio against a falling dollar with investments in foreign bonds, foreign stocks, and hard asset stocks. Hard asset stocks are one of the best ways to protect yourself. As an asset class, they have also provided one of the best returns since 2002.

Keep in mind that investing in hard asset stocks is not the same thing as investing directly in commodities. Buying gold bullion or a gold futures contract is an investment directly in raw commodities or their volatility. Commodities, as an asset class, generally maintain their buying power in dollar terms. Stocks, as an asset class, generally appreciate over inflation after dividends are factored in. For that reason, it may be to your benefit to invest in hard assets stocks which have an underlying commodity.

And please don’t be fooled into thinking that cash in your mattress is a safe investment.