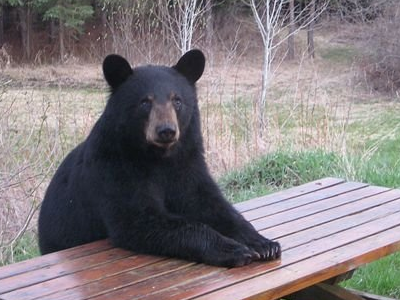 During the 2008 political campaign, Republican presidential candidate John McCain proposed an across-the-board spending freeze. He wanted to take a hatchet to the size of government.

McCain was one of the least conservative Republicans who could have been nominated. But promising to cut the size of government tipped him into the Republican caucus. The shorthand for this political stance, both by those who support and oppose it, is “starve the beast.”

In this perspective, the government is a wild animal snatching at any sustenance it can find, greedily devouring money it shouldn’t need to perform tasks it shouldn’t do. To stop it, you could try to limit its ability to act, shackling it with the Constitution, but the beast already ignores such chains. So that leaves only one other option: you starve the beast. Cut taxes. Cut them again. Starve government of its riches. Force it to cut its own budget.

Given current government spending, this idea resonates with most Americans. Take a moment to consider what your government does.

We provide subsidies for ethanol that distort global corn prices and subsidies for wind power and solar energy that pay executives of otherwise nonviable companies.

Social Security returns a fraction of what would be available to seniors if the accounts were privatized.

Foreign aid sends billions of dollars to our enemies to buy a temporary global influence. Then we use that influence to stash a global military to further the interests of the American corporations with the loudest lobbyists.

Government donations to nonprofits encourage those charities to engage in public rent-seeking rather than listening to private donor feedback.

Fighting the war on drugs has skyrocketed the number of Americans arrested. It has hurt our minorities socially and economically. Our efforts to stop drug production in other countries have entangled us in corrupt governments like Mexico and Colombia.

The size of our government now extends to guaranteeing citizens low or no-cost housing, food, education and medical care. At the same time we are trying to solve climate change, police the world and send a manned mission to Mars.

Where does our government’s hunger end?

Couples who are deep in debt or struggle to save money often fight about every dollar. However, budgets help lessen the number of financial arguments. Having agreed to a budget, a dollar spent in the budget is reasonable, but a dollar spent outside of the budget is a dollar breaking your promise to the family.

The American government does have a budget. But legislators are constantly spending dollars outside of the budget, breaking its promise to our American family.

Unlike a couple who devise the budget together with mutual goals in mind, our legislators formulate the budget according to their own agenda. Along with the president and lobbyists, they choose where our money will go and often allocate money where we would never spend it.

For this reason, many want to starve the beast. The problem is that we starve government through tax cuts, and it borrows or prints money, passively taxing the American people’s wealth. Both political parties have become more comfortable with enormous debt and deficits, kicking the can down the road to burden our children and grandchildren.

The younger Bush increased spending in his first term more than in the first terms of his father, Carter or Clinton combined. In addition to military spending, Bush put in place the Medicare prescription drug entitlement program. He defended his choice to increase spending by citing the budget surplus.

If there is money, government will spend it. Hence the message of the Tea Party, Constitutionalist Party, and Libertarian Party: America does not have a revenue problem. It has a spending problem. We are taxed enough already. Now we need a real budget that allows our government to live within its means, cutting back to a reasonable size.

To these three conservative parties, starving the beast is not the ideal solution. Government has legitimate roles that must be funded enough to be accomplished effectively. However, our government currently is fulfilling illegitimate tasks where they need not only to spend less but to spend nothing.

Like the couple without a budget, we are a government without a shared vision statement. Without one, we are doomed to argue about every action government takes.

Many conservatives view the Constitution as such a vision statement because it enumerates the legal actions of our government. However, many liberals say it is an outdated document because it leaves out functions of government they now believe are essential.

In any case without some guidelines, our government certainly looks like a beast, thrashing its influence into any area a president, member of Congress, or lobbyist wishes our purse would go.

Our political task is to return to the constitutional idea that we need a shared set of rules delineating the purpose and limits of government.

It is not valid to argue that our Constitution does not reflect the purpose of government because we can make amendments. But we must not amend away the limits on government. Constitutional limits are intended to be a paper barrier to the otherwise unlimited size and growth of government. This paper barrier is supposed to get its power in its protector, the judicial branch.

The judicial branch must expressly find in the enumerated powers granted in the Constitution that the government is allowed to take a certain action. If not, they should always rule that taking such an action is breaking the constitutional promise to the American people.

Until the electorate reaches this conclusion, the paper barrier limiting government will just be paper. Just funding the essential functions of government won’t achieve political consensus. And without it, conservatives will be more successful at domesticating government by starvation than by constitutional rules.

We can’t do everything we are trying to do. If we can’t agree on how to domesticate the beast of government, perhaps starving it will force legislators to cut out these unessential and ultimately wasteful functions, leaving us with what we really need.