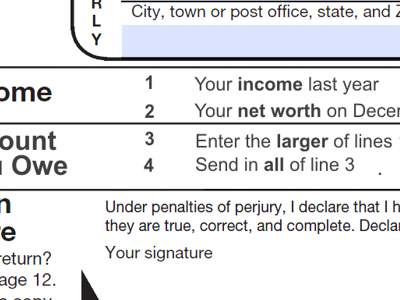 The February issue of Financial Planning Magazine contained an article entitled “15 Tax Moves For Right Now.” It suggested that “the eleventh-hour tax deal reached in Washington will require some new strategies for advisors and their clients.” The difficulty with the tax deal and the list is that it offer few methods of actually avoiding any of the additional taxes enacted other than producing less income.

For those who think that raising the top marginal rate doesn’t have an effect on the average citizen, imagine that instead of passing these taxes along in trickle down taxation, the highly productive simply decide to follow these rules and produce less?

Here are the supposed 15 Tax Moves for Right Now accompanied by my commentary on what they actually mean:

Notice that there is nothing that allows you to produce more and avoid any of these taxes. This is why a tax on production, especially a progressive tax on production, is one of the worst methods of taxation. If you’re not an economist, you may vastly underestimate the negative impact of taxes on the U.S. economy. Many of the productive simply Go John Galt.

There are still tax planning strategies for those who want to remain highly productive and still not get gouged on their 1040. But not these 15 suggestions. They offer little relief.