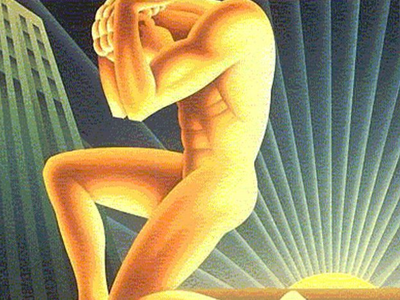 If you’re not an economist, you may vastly underestimate the negative impact of taxes on the U.S. economy. In fact, our current tax laws encourage every American to avoid the taxable economy, forgo the benefits of specialization and lose competitive productivity. Taxes plus compliance costs rob us of more than 50% of our wealth.

The top marginal total tax burden is currently 44.6%. It is expected to rise to 62.4% by 2011 when the current tax relief law expires. As if that is not discouraging enough, businesses spend billions (yes, billions) of hours struggling to understand and abide by the requirements of our current intricate tax code. These costs impose a surcharge equal to more than 20 cents on every dollar actually collected by the government. Businesses bear most of this burden, with small firms hit the hardest.

Those businesses earning $250,000 or more annually are the veritable engines driving U.S. economic and job growth. But strangely, it is exactly those businesses on which we currently heap all the burdens of society. The top 5% of taxpayers pay over 60% of the income tax collected by the federal government.

These taxes have a dire effect on output, especially among small business owners, the most productive members of society who are responsible for 120% of job growth. Small businesses expand; larger businesses consolidate. If these captains of industry were ever to decide to cut back, or worse yet go on strike, the other 95% of society would suffer, no longer able to enjoy their free ride.

The threat of small business owners purposefully scaling back their productivity has been called “Going John Galt.” It refers to Ayn Rand‘s novel “Atlas Shrugged” in which Galt and his supporters “stopped the motor of the world,” as Rand phrased it. Many sniff disdainfully at the idea, confident that such coordination against self-interest would be impossible to muster.

But it is exactly at this juncture where the foes of freedom don’t understand capitalism. “Going John Galt” does not require a collaborated effort. Rather it is the natural consequence of rational businesspeople adjusting to higher taxes.

Imagine three contractors who by specializing and working together could build six houses. Now imagine that working independently outside of the taxable economy, they can each build only one house in the same amount of time for a total of three houses. You might think they should work together. But any tax rate over 50% keeps them apart. The taxable economy halves their productivity, requiring them to pay more than the three houses in taxes.

Consider a highly skilled surgeon. Her talent and time are too valuable for her to mow her own lawn, change the oil in her car or paint her own house. But taxes provide her a great incentive to spend her time on chores rather than help more patients. If she has a 50% marginal tax rate, she has to earn $200 just to pay a lawn service their fee of $100. The higher her tax rate, the greater the motivation to do the job herself–and as a result, the greater the loss to society.

Edward Prescott, winner of the 2004 Nobel Prize in economics, compared the highly taxed European countries and the United States. He found that Europeans work a full 50% less than Americans. Incentives toward work actually succeed. And lest you attribute the difference in work hours as simply cultural, in the early 1970s before Reagan lowered the top marginal tax rate, it was Europeans who worked nearly 50% harder than Americans.

Lower taxes produce jobs. Contractors hire specialists, and surgeons contract for services. Higher taxes, especially targeting those earning over $250,000, result in small business owners hunkering down to make sure they don’t go out of business. The margin between profit and chapter 11 is nearly always smaller than a company’s tax burden. And that burden is scheduled to rise at the end of 2010 when the Bush tax cuts expire.

The most productive wage earners are among the hardest workers. According to a study by Mark Aguiar and Erik Hurst, leisure used to be evenly divided among the classes, but it isn’t any longer. Although Americans as a whole have an extra four to eight hours of leisure per week, it is primarily those in the lowest tax bracket who have gained this extra free time. Today, more than ever, it is the working rich and the idle poor.

Without taxes, you could leave work at 2:25 p.m. Many small business owners will choose to do exactly that, not in some coordinated revolution but as a natural consequence of shouldering a greater and greater percentage of society’s burden.

Only since 1992 have Americans paid more for government programs than they spend on food, clothing and medical care combined. For the amount of money we pay in taxes, government could already provide universal health coverage and feed and clothe us as well.

The U.S. Constitution was supposed to limit government, not private individuals. It was never designed to give us good government. It was intended to limit government’s power so people would be free to make choices, because only when you freely choose can you be good. It isn’t a virtue to be generous with other people’s money.

Low taxes should not be a political issue that divides us. Every American should agree with the goal of keeping taxes as low as possible. In 2011 all of the federal tax cuts enacted since 2001 are scheduled to expire. If this happens, Tax Freedom Day, the day people in theory have earned enough to fund their annual tax burden, will move an entire week later. In the words of John F. Kennedy, “An economy hampered by restrictive tax rates will never produce enough revenues to balance our budget–just as it will never produce enough jobs or profits.”