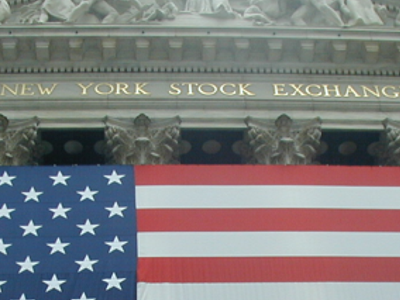 Free markets are under assault in America. We have seen much hyperbole and slander in these past two years of political polarization. But the idea of capitalism and free markets has received more negative campaigning and vicious attack than both candidates combined.

I prefer not to discuss the presidential candidates or the election tomorrow. Like many of you, I am sick of the campaign pomp and media horse race commentary that leaves those of us wanting a serious discussion of the issues quite frustrated. Rather, I want to talk about the specific proposal of increasing taxes on those households making over $250,000 ($200,000 for single people) and the claim that 95% of Americans will therefore not be affected.

Class politics and warfare are standard weapons of intellectual ideology but not a fruitful way of looking at American society. It is difficult to overcome the sneering and disdain for the productive class that both candidates have pounded into us. But such cynicism is unwarranted and a by-product of inexperience.

The charge is that to be “fair,” the top 5% should be paying more, but we have no rational definition of that word. Politically, “fair” mobilizes and unifies support among voters. But if they stopped to ask, they would find they disagree on its meaning and implementation. In fact, the top 5% are paying considerably more than their fair share and should be given a tax cut.

As defined by adjusted gross income (AGI), the top 5% of taxpayers pay over 60% of the income tax collected by the federal government. That percentage, 53% in 2001, has increased every year. Concentrating the tax burden on the top 5% has also been the trend, rising from 35% in 1980. It isn’t right to increase their taxes when they have already been laden with an additional 25% of the tax burden over the last 30 years. It isn’t fair.

Despite these facts, this group has been so vilified as the idle rich that most Americans cannot sympathize. But the top 5% are not necessarily rich. And they certainly are not idle. Using income as a measurement of rich does not make sense. Imagine a small business owner who one year earns over $250,000 and leaves most of those assets in the business.

Using our class warfare definition, that small business owner is rich. But a quarter of a million dollars a year is not what it used to be. After adjusting for inflation, earning $250,000 today is equivalent to earning $44,336 in 1970.

Now imagine a couple in retirement with multimillions in a combination of investments and home equity. Using that same AGI yardstick, our retired couple could be below the poverty line. They may be wealthy, but they have no earned income. Why should the small business owner get socked with extra taxes and the retired couple enjoy a tax break?

Using the yardstick of annual income to talk about the rich and the poor as though they are fixed groups of people doesn’t work either. Most people do not remain in the same income bracket over a single decade. Some fluctuate wildly. One year you could be below the poverty line because you are retired. The next year you could be in the top 1% simply by selling a second home in California.

Before we additionally burden those who are the most productive, imagine what running your own business would be like. Assume our small company has $1 million in gross revenues. Five employees earn $65,000 each a year, and you, the owner of the company, earn $75,000. Owners are paid both a salary for their work and again as owners of the company if any profit remains at year-end. Any profit in a small business flows directly onto the personal income tax of the owner, increasing AGI.

As the owner, you pay the employer portion of FICA and Social Security (an additional $24,800) in addition to having your own deducted. You also pay the average 78% of each employee’s family health care coverage, an additional $11,059 per employee. Your total personnel costs thus add up to about $500,000. Perhaps all of your other overhead can be contained to $300,000, leaving, in a good year, $200,000 of profit, or 20%, a bare minimum of profit for the size of the business.

Small businesses go under at an alarming rate. The primary reason is cash flow. Either a drop in revenues or an increase in expenses swamps an owner’s ability to keep the business running. The best defense is a healthy profit margin. Because of the risk, venture capital expects a return of 20% to 40%.

With any expected return of less than 20%, you would be better off investing elsewhere. If you think the stock market has been volatile lately, consider what it is like to start and run a business. The stock market as a whole will never drop to zero, but the value of a small business–even one in which the owner has invested years of sweat equity–can go belly up quite easily.

Let’s assume you run your company with only a 20% profit margin, which for safety’s sake you leave in the business for growth and expansion. So after adding this profit to your salary of $75,000, your adjusted gross income is $275,000. If your spouse has any income, you are in deeper trouble. If he or she is a business owner too, you may be part of the top 1% who pay 40% of income taxes.

If you are lucky enough to have $200,000 in profits one year, you must pay about half of it in state and federal taxes. You can only keep $100,000 in the business. If the next year you have $200,000 in losses but insufficient funds to cover them, you must declare bankruptcy. Through the simple ups and downs of business profits, our progressive tax code socializes your profits but privatizes your failures. And by doing so, we make the success of your business much more difficult.

Given the downturn recently in several industries, ask yourself what you would do if you were running a small business and had employees counting on their paycheck to feed their families. Last year you made enough profit to cover this year’s losses, but you lost half that profit to taxes. Uncle Sam isn’t going to give those taxes back this year, perhaps some next year, but not this year.

In addition to raising the top marginal rate from 35% to 39.6%, part of the proposed tax increase raises the cap on Social Security taxes. About a third of those affected by raising the cap would be small business owners.

In two Wall Street Journal editorials, Michael Boskin found these proposals would raise the marginal tax rate from 44.6% to 62.4%. As a small business owner, currently you can only keep 55.4 cents on any additional dollar you earn. After these tax increases, you will only be able to keep 33.7 cents on the dollar.

Although only a small percentage of small businesses will get hit with these taxes, they represent the bulk of economic productivity and job growth. Two thirds of small business profits are earned in households making more than $250,000.

Edward Prescott, who won the 2004 Nobel Prize in economics, compared the highly taxed European countries and the United States and found that Europeans work a full 50% less than Americans. Incentives toward work actually succeed. And lest you think the difference in work is simply cultural, in the early 1970s before Reagan lowered the top marginal tax rate, it was Europeans who worked nearly 50% harder than Americans.

The most productive wage earners are among the hardest workers. A study by Mark Aguiar and Erik Hurst showed that leisure used to be evenly divided among the classes, but it isn’t any longer. Although Americans as a whole have an extra four to eight hours of leisure per week, this extra leisure has been gained primarily by those in the lowest tax bracket. Today more than ever, it is the working rich and the idle poor.

Additionally, it isn’t a zero-sum game. Money taken from those earning over $250,000 isn’t necessarily used productively. The most productive wage earners also are the most productive people that society can allow to spend the wealth they have earned.

Those with significant incomes save, which lowers interest rates. They start and invest in companies that create jobs and expand the economy. They hire others because their own time is more valuable to the economy working in their business. And they give their money to private charities. By comparison, the government is more wasteful in everything it does.

The government does not save; it deficit spends, sucking capital from investment. Government may employ people, but it doesn’t create jobs that stimulate the economy. Unlike private enterprise, government can deficit spend indefinitely, creating a moral hazard. Government may spend money, but none of its spending frees it to produce more in the economy. And government entitlement programs offer none of the negative feedback that private charities provide. As a result, they are ripe with unintended negative consequences.

Only about 5% of people start and run businesses. Their work employs the other 95% of us.

Small businesses are most likely to be started by middle-aged white men. This demographic is also the least likely to be favoring taxes on those with reported earnings over $250,000. In a recent poll, 71% of small business owners said they could not name one way either U.S. presidential candidate would help their business.

Tax the most productive members of society and everyone will pay with lower wages, less benefits, smaller 401(k)s and higher prices. All this pain and suffering simply for the opportunity to increase government’s wasteful spending. We can’t tax our way to prosperity. What we need is a revival and respect for the entrepreneurial spirit–and more empathy for the productive class.