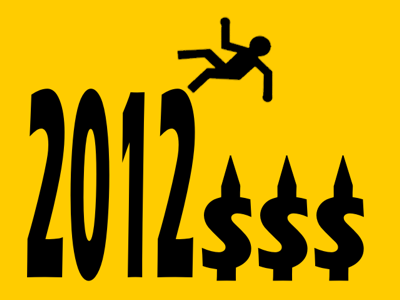 The so-called fiscal cliff is a series of tax increases and spending cuts bundled into a name to scare people and serve political ends. It is a crisis fabricated 100% by politicians. And avoiding the fiscal cliff is being used hypocritically for additional political gain.

The Democrats prefer much of what the fiscal cliff would mean. They want tax increases in general, specifically on high earners. They campaigned on raising taxes on those in the top two brackets. They act as though the resulting tax increase on the middle class will be catastrophic. But they also argue that these are the tax rates in force during the Clinton administration when the economy did just fine.

Taxes on the most productive often mean taxes on small business owners whose profits flow naturally onto their personal tax returns. These entrepreneurs are the 1 in 20 people who employ the other 19. They use the profits from one business to start another. Most of these expansions cannot be expensed. They require tax to be paid before outlays can be made. Decreasing their profit means fewer investments made in hiring and economic expansion.

The Democrats are using tax increases politically to continue promoting the populist message that the deficit can be solved by tax hikes on the rich rather than spending cuts.

I’ve written in the past few weeks to show that the top cumulative marginal tax on dividends is rising to 74%. And that the rise in the top marginal tax rate on capital gains will stop the flow of capital out of one investment and into another. Obama has repeatedly endorsed these parts of the fiscal cliff.

The second part of the fiscal cliff is the spending cuts that will come about as a result of the sequestration agreement. They include reductions in defense spending that the Democrats have long favored. And they also include paying doctors 30% less for Medicare without any accompanying reduction in the benefits that patients receive.

Much of Obamacare is predicated on the idea that when single payers can negotiate prices, they can dictate whatever payment they want and therefore reduce costs. This monopolistic idea could be put to the test if these Medicare pay cuts are enacted. What’s wrong with paying those rich doctors 30% less for Medicare?

In reality, it doesn’t punish rich doctors but rather those productive physicians who provide valuable services for Medicare patients. Medicare reimbursement is already pathetically low compared to other payments. Many doctors do not accept Medicare patients now. Given an additional 30% reduction, many more will opt out of participating in Medicare.

The fiscal cliff is the platform on which Obama ran for reelection. It includes huge tax hikes on those with high incomes. It demands massive defense spending cuts. And it means paying doctors 30% less for Medicare without reducing any of the benefits. In short, it is the utopian planning world liberals have always wanted. Meanwhile the president’s proposal suggests $50 billion in additional spending and $1.6 trillion in new taxes.

If Congress would just abolish the debt ceiling entirely, we could sail off to Greece.

We are approaching the debt ceiling again. And Democrats are pushing for its permanent removal. But the debt ceiling is the only leverage that Republicans in the House have left to force fiscal responsibility on their spendthrift rivals.