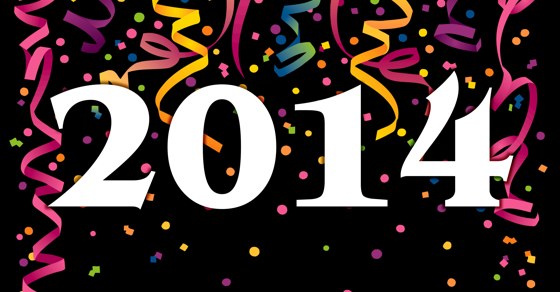 January 1 typically prompts us to make new resolutions, and our political parties certainly need some resolve. Here are a dozen New Year’s resolutions for any true patriots left in the Republican or Democratic parties:

Stop the welfare race. The majority will always be tempted to burden a minority of the population with their government handout. However, competing to build a coalition of supporters this way disrupts the incentives that drive our economy.

There’s no such thing as a free lunch. Every transfer of wealth costs much more than it gives to its recipients. Many government handouts do their recipients more harm than good. As they increase, the cost of rent seeking increases as well, pulling valuable resources away from real projects.

Focus on equality of process, not result. Attempts to level economic outcomes interfere with important incentives and thwart the ability of people to make wise decisions. However, it is within your power to level legal playing fields like the tax code and judicial process. Such equality of process promotes free choice and equality before the law.

Limit spending to 20% of gross domestic product (GDP). For the past 60 years, tax revenue has never exceeded 20% of GDP. Stop spending our grandchildren’s future income. Pass the budget line by line, starting with the most essential components. When 20% of GDP has been reached, stop passing spending measures.

End this marriage debate by removing all legislation about marriage. Compromise with each other by freeing people from government burdens based on their personal lifestyle. Make marital status irrelevant within the legal system by treating people as individuals. Remove the tax penalties imposed on married couples. Remove estate taxes entirely, or at least double the exemption for everyone regardless of marital status. Stop issuing marriage licenses and privatize what is meant by them.

Repeal Obamacare. Admit it was a terrible idea that has been poorly implemented. Stop burdening young people with the health care costs of the baby boomers. Cease requiring the use of insurance products as the only method of paying for health care and dictating what coverage each of us must have and where we can receive it. Health care is not the appropriate soapbox for social engineering.

Strengthen the right to privacy. Every American court should protect American freedom. Open the proceedings of the Foreign Intelligence Surveillance Court (FISC) and provide opposing counsel. Without such review, they have trampled past the limitations of the Patriot Act as well as the Fourth Amendment.

Strengthen encryption protection. The United States should have the best encryption industry in the world. Its integrity should be strongly protected by legislation. Instead, the world is appalled that U.S. technology companies are required by secret FISC orders to provide unlocked backdoors into their systems.

It doesn’t matter if it is our government trying to keep us safe. The only way our government can know there is no threat is to know everything. That is too high a price to pay. The United States, of all countries, should want the world protected from anyone being able to know everything. When anyone, including the U.S. government, can know that much, we have already lost the freedom we are trying to protect.

One component of economic freedom is a stable monetary policy and low inflation. Instead we have a hidden inflation harming both our economic and social support systems. Investors now pay a top capital gains tax of 23.8% on gains that are primarily just inflation. Social Security recipients have a diminishing lifestyle as a result of the difference between real and reported inflation. Finally, the poor cannot easily save money and have it keep up with inflation.

Report inflation accurately, and stop flooding the market with dollars.

Lower the corporate tax rate. We have the highest rate in the world. American businesses purchase wholly owned subsidiaries in other countries just to pay them too much and ship the profits overseas. We should encourage corporate progress instead.

Remove nonessential business regulation. We have two chambers of Congress bent on passing new legislation. Could at least one of them focus on repealing the laws that are more burdensome than helpful? Compliance often costs businesses, especially small ones, more than taxation. And many government regulations do not make us safer.

Abolish the Transportation Security Administration (TSA). For the cost of the TSA’s budget, we could replace four World Trade Center buildings each year. And the agency doesn’t even do a good job.

The job of security is not to confiscate banned items. And we don’t need security theater to feel safe. The two actually effective safety measures have been locking the cabin door and educating passengers to resist. Even better security measures could be found if you allowed airports and airlines to innovate them.

Understand what “doing the people’s business” means. The clamor among yourselves implies that if you are not legislating, the taxpayers are not getting their money’s worth. But many of us are extremely glad we don’t get all the government we pay for.

It has been said that no person is safe when Congress is in session. You do not need to be passing additional laws to be protecting our freedoms. Reducing the size, scope and intrusiveness of government is more doing the people’s business than adding to our burden.