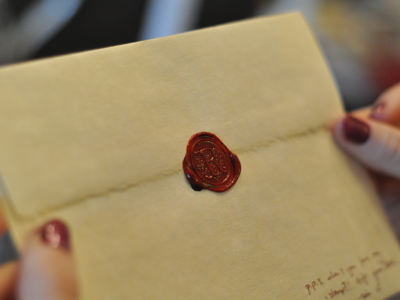 The entire case raises important civil liberties questions. Should the government be able to collect and store all of our phone calls and electronic correspondence? Or should Americans have a right to the privacy of correspondence?

The constitutions of many other countries guarantee and protect the privacy of correspondence. The United States does not.

The Ninth Amendment states, “The enumeration in the Constitution, of certain rights, shall not be construed to deny or disparage others retained by the people.” The right to the privacy of correspondence is one of these unenumerated rights.

The Founders claimed that people have natural rights. These rights are not granted by the government. We have them regardless of the government choosing to bestow them in writing or legislation. We possess them simply by being human. They are still our rights even if the government tries to take them away.

The first principle of these natural rights would be the right to own ourselves.

The Founding Fathers were not being hypocritical, holding slaves while declaring all men have a right to self-ownership. Benjamin Franklin, John Adams, Thomas Jefferson, and even George Washington, a slave owner himself, all went on record saying to the effect that “there is not a man living who wishes more sincerely than I do to see a plan adopted for the abolition of slavery” (to use George Washington’s words).

From this principle flows the right to property. If you own yourself, you own the fruit of your labor.

The privacy of our conversations and correspondence also comes from this point. If you own yourself, you can choose with whom you share your thoughts and expressions. Thus privacy of correspondence becomes a natural right.

Our natural right to the privacy of correspondence should be neither increased nor decreased by either enumerating it or leaving it unenumerated.

Because we don’t have an enumerated right to the privacy of correspondence, the government can claim that the Fourth Amendment, which guards us against unreasonable search and seizure, doesn’t apply in this case. Or they can rewrite legislation that provides loopholes to allow their currently employed technologies. Or they can reroute information outside the country for content review by the intelligence community of one of our allies. In essence they can choose to declare legal whatever they want and continue to operate under the veneer of legality.

Therefore, we propose the following constitutional amendment to add the enumeration of this important natural right:

Everyone shall be entitled to secrecy of messages, both sent and received, by any means of communication. The freedom and confidentiality of correspondence in any form of communication shall be inviolable.

No federal, state or local government authority or their officials may collect or store correspondence or metadata on the transmission of correspondence without the expressed permission of all involved parties.

No public or private entity can pay for, promote, encourage, initiate or further the violation of this right. Exceptions to this provision shall be allowed only with the permission of the judicial authorities for the purpose of discovering or preventing a grave crime.

Several states have ballot measures whereby citizens can directly propose such resolutions. Others will have to be introduced by willing state legislatures. If one state grants its citizens the right, it will begin to raise public awareness and support for the right to privacy of correspondence, as well as inevitably to raise the issue in the federal courts. If the right stands in one state, it would bar government surveillance of that state’s citizens. Equal protection laws might extend that right to other states as well.

The time is now. We need to protect more of our natural rights by enumerating them.