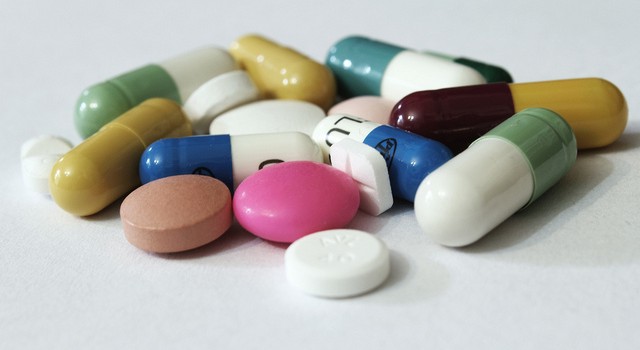 When I suggest you save 15% toward your retirement or not spend more than 30% on housing, these are opinions just as much as when I write about health-care legislation. My goal is to provide personal wealth management to help people achieve financial freedom as well as to understand the public policy implications and consequences of government intervention. Both are an economic way of perceiving the world, seeking wisdom in the long run instead of momentary good intentions.

The recently passed health-care legislation marks a crucial turning point in the economics of our country. It is impossible to predict all the unintended consequences that will result from such a sweeping increase of federal powers. But we can be certain those powers will be used almost exclusively to limit our freedoms.

Almost anything you will be able to do in the future, you could have done without the current legislation. Every law, regulation or directive put into place will limit either what you are allowed to do or what your insurance company can do even with your consent. And from here on, every citizen, politician and lobbyist will have a stake in manipulating the new laws to further their own cause.

Many of my readers have suggested that people won’t try to game the system. They claim that people are basically altruistic and will gladly pay their fair share and willingly limit their use of health-care services. I don’t agree. Part of the selling point for this legislation is that people want lower health-care costs. Health care is about 18% of gross domestic product (GDP), but some grumble at paying this high a percentage even when they can afford it.

Additionally, only by using coercive methods, such as a fine or imprisonment, will the current free market choices be overcome. People rarely take kindly to such intervention in their lives. It’s both natural and understandable that they will try to work the system for their own benefit.

Financial incentives matter, and the ones in this kind of socialized medicine are all in the wrong direction. Not only is the bill expensive, it is filled with bad ideas poorly implemented.

The bill requires all Americans to have health insurance and imposes a $900 fine for not having it. And all health insurance companies must insure people for the same price regardless of any preexisting conditions.

In the past people would pay thousands of dollars for health insurance so it would be there if they needed it. Now they will be able to pay a $900 fine and still be guaranteed insurance even after they develop a serious illness. As a result, healthy people with insurance will do better to drop their coverage and pay the fine until they get sick and need health care.

Rather than increasing the roles of the insured, this legislation could actually encourage healthy people to opt out of insurance. If insurance can’t discriminate based on my health before insurance, why pay a dime until my out-of-pocket expenses are expected to exceed the cost of insurance?

No insurance system can survive such folly. Savvy consumers will only buy insurance if they anticipate that their expenses will exceed what they pay in premiums. Insurance companies will have no way to screen for a truly average risk pool. As a result, costs will go up until even the sick won’t want to buy insurance.

The bill also provides measures for cost containment, which generally means it will be harder for doctors to get paid for their work. As much as half of the expense of running a medical office is trying to get reimbursed, and this legislation will only exacerbate the situation.

Although the details are not specified, much of the legislation will enable a broad range of powers to be granted to the federal government to use however it sees fit. Committees will decide which procedures are allowable and with what frequency. Technical groups will design the required reporting format for your private medical data. Stakeholder groups will fix prices after consultation with special interest groups. And new agencies will set minimum standards for health-care insurance.

Patients pay for about 12 cents of every health-care dollar today. This is not enough to deter health-care consumption. Costs cannot be controlled when the person who pays for a service, the person who benefits from a service and the person who grants the service are all different. Only when most of the money spent comes out of pocket will people have a vested interest in cost containment. Empowering patients to make their own health-care decisions is the only viable solution. Although the best economic alternative is having more out-of-pocket dollars, the current legislation requires insurance to pay at least 85% of health-care costs.

That last part may kill Health Savings Accounts (HSAs), which could save much of what ails our health-care system. HSAs are coupled with a high-deductible health insurance policy. Such policies are extremely inexpensive.

HSAs are based on the principle that because you pay the high deductible, you are motivated to keep costs low. And because you are unlikely to reach your deductible, your insurance costs are low. Insurance is affordable only when the likelihood of using it is low. An added benefit is that employees own their own health insurance. Hence it is completely portable. If they are laid off or decide to work elsewhere, they can take their insurance with them. In every way, privatized HSAs are working to contain costs. Given the new requirement that 85% of costs must be paid by insurance, HSAs will probably not survive the federal bureaucracy.

You can compare the current legislation to having grocery store insurance that pays for the first dollar you spend. Everyone in our risk pool will order filet mignon. First the costs will skyrocket. And then the meat will be rotten.

Once the government competes with the private sector, there is no competition. It is like the referee starting to play on the field. The government has banned private companies from competing with them on mortgages, Social Security and the U.S. Postal Service, and we all know how well those organizations are run.

Quality health care will suffer a similar fate. There is no systemic regulator for expenses, and consequently costs will go up and benefits will dwindle. As a result, the subsidy of the truly needy will be completely swamped by a tsunami of middle-class entitlements.