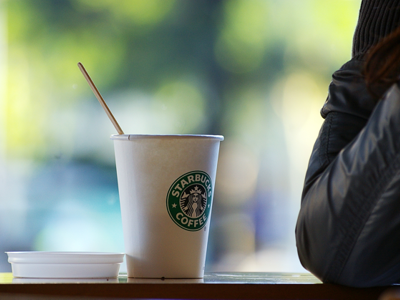 Free trade is beneficial, but first you must understand that “Voluntary trade benefits both sides.” Anyone who has taken a basic macroeconomics course has listened to, repeated and written this maxim dozens of times. Yet many people simply don’t believe it. They admit it can theoretically have its benefits, but believe in practice it is riddled with negative consequences, especially for America. Let’s examine their four chief complaints.

1. The benefits of trade are not distributed equally.

Imagine I choose to trade three dollars for eight ounces of coffee. My three dollars could have bought a can of soup or a dozen eggs at the grocery store. However, I have chosen to spend my money at a coffee shop.

It’s hard to conclude the benefit of trade was equally distributed. I gave the coffee shop the equivalent of a dozen eggs in exchange for one small caffeinated drink. Objectively speaking, my trade was not as beneficial as other trades I could have made when it comes to satisfying my hunger.

But when it comes to trade, there is no objective perspective.

Trade is subjective by nature. I chose. The exchange was voluntary. I wanted the coffee more than I wanted to hold on to my three dollars for other purchases. And the owners of the coffee shop set the price high enough that they were willing to part with as much coffee as I chose to drink. Even before trading, both sides must want what they are getting more than what they are giving up.

Perhaps I thought I’d never find a great cup of coffee in such a remote location. Perhaps I would have gladly paid twice what they were charging. It doesn’t matter. One side may appear to gain more than the other, but for voluntary trade to occur, both sides must believe they will be better off. If it was voluntary, the trade benefited both sides.

2. Some people get a better deal than others.

Imagine a crowded coffee shop with two separate lines. The longest line charges the traditional amounts. The express line charges twice that, but there is never a wait. The baristas will abandon servicing the regular line if there is an express customer.

It is easy to imagine rushed customers who would be eager to pay double the fare to be served first. Those people could have gotten the coffee for half the price if they had only been willing to wait.

Life is full of these choices. Comparative shopping often ends before you find the best price in town. It typically ends because you find a pretty good deal: a good affordable car but not the best cheapest car. At some point the marginal benefit of continuing the search is less than the cost of your time.

Sometimes time is worth more than money. Sometimes looking for cheaper or better just doesn’t return as much benefit as buying the “pretty good” right now. It doesn’t mean the trade wasn’t beneficial. In fact, it might have saved more of your valuable time than the cheapest deal could have saved in money.

3. Sometimes you don’t even want what you get.

Imagine I entered the coffee shop with a friend. I didn’t even want coffee. I just wanted to spend some time with an old college friend who loves to drink the stuff. I’d rather spend my three dollars on eggs or soup. But I feel social pressure to buy a drink. So I pay three dollars for coffee I don’t really want. How can you say I benefited?

I made the decision to value the social pressure of purchasing a drink more than keeping my three dollars. The benefit I bought, I received: I do not have to feel awkward for the next hour. Instead, I have a cup of coffee to hold and sip while my friend and I talk.

In this scenario, my coffee wasn’t “worth” three dollars, even by my standards, yet I benefited from the trade. If we only evaluate the benefit of the coffee, I was duped. But my voluntary trade still benefited both sides when you understand the coffee wasn’t the primary benefit.

4. Trade is a competition that someone loses.

Imagine that several local coffee shops compete on price, quality, atmosphere and location. Some are more successful than others. Some go out of business because they can’t keep up. Others have to adapt, overcome their bad location or abandon their niche market coffee.

With any competition there are winners and losers. But in trade’s competition, the loser is never the consumer. Coffee drinkers should love it that multiple coffee shops in town are competing for their business. Even when a coffee shop fails, for a while it was selling at below economically viable prices. The coffee shop’s loss is the consumer’s gain. Maybe the market could not afford another shop near your workplace. But for a time they provided you a service that was not sustainable at below market prices. You still benefited.

Without competition, the owners of a single shop could get complacent, letting service and quality deteriorate. Its location could be inconvenient. The atmosphere could be uninviting. But one shop’s laziness inspires another’s competition. And competition forces lower prices and higher quality. It also allows individualized marketing so groups of consumers can each have a favorite coffee shop based on their own criteria.

The competition creates more opportunities for trade to benefit the consumer. And these benefits allow every consumer to pick their own best coffee shop. Voluntary trade benefits both sides, and every barrier to this freedom harms consumers.

We work with a number of small business owners who represent the lifeblood of U.S. employment, economic growth and national prosperity. Much of our success as a nation depends on preserving their ability to trade freely.

We consumers live like royalty because entrepreneurs spend their time and money competing to serve us better. Some succeed. Others try so hard they go out of business. Competition keeps margins thin. But the consumer always wins. And everything that gets in the way of that competition reduces the benefit to the consumer by raising prices or sending otherwise profitable enterprises out of business.