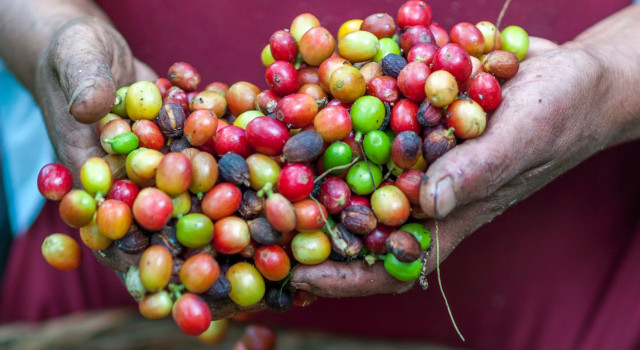 In an earlier article, I explored William MacAskill’s process of effective altruism as presented in his 2016 book “Doing Good Better.” He recommends slowing down, asking simple questions, and knowing what amount of good is being done because of our charitable donations.

One section of his book turned a bit more political and was particularly interesting where MacAskill writes:

Among economists on both the left and the right, there is no question that sweatshops benefit those in poor countries. Nobel laureate and left-wing economist Paul Krugman has stated, “The overwhelming mainstream view among economists is that the growth of this kind of employment is tremendous good news for the world’s poor.” Jeffrey Sachs, Columbia University economist and one of the foremost proponents of increased efforts to help those in extreme poverty, has said, “My concern is not that there are too many sweatshops, but that there are too few.” The reason there’s such widespread support among economists for sweatshops is that low-wage, labor-intensive manufacturing is a stepping-stone that helps an economy based around cash crops develop into an industrialized richer society. During the Industrial Revolution, for example, Europe and America spent more than one hundred years using sweatshop labor, emerging with a much higher living standards as a result.

Although it may be surprising to some, economists favor sweatshops, even relatively liberal economists such as Paul Krugman. They do this because bad jobs are better than no jobs.

Krugman wrote an article entitled “In Praise of Cheap Labor ,” where he explains:

The occasion was an op-ed piece I had written for the New York Times, in which I had pointed out that while wages and working conditions in the new export industries of the Third World are appalling, they are a big improvement over the “previous, less visible rural poverty.” I guess I should have expected that this comment would generate letters along the lines of, “Well, if you lose your comfortable position as an American professor you can always find another job–as long as you are 12 years old and willing to work for 40 cents an hour.”

Such moral outrage is common among the opponents of globalization–of the transfer of technology and capital from high-wage to low-wage countries and the resulting growth of labor-intensive Third World exports. These critics take it as a given that anyone with a good word for this process is naive or corrupt and, in either case, a de facto agent of global capital in its oppression of workers here and abroad.

But matters are not that simple, and the moral lines are not that clear. In fact, let me make a counter-accusation: The lofty moral tone of the opponents of globalization is possible only because they have chosen not to think their position through. While fat-cat capitalists might benefit from globalization, the biggest beneficiaries are, yes, Third World workers.

He continues later by looking at one of the attempts to eliminate poverty: Fairtrade. He describes the process of Fairtrade certification as such:

Fairtrade certification is an attempt to give higher pay to workers in poor countries. It’s commonly used for consumables grown in developing countries, such as bananas, chocolate, coffee, sugar and tea. The Fairtrade license is only given to producers who meet certain criteria such as paying their workers a minimum wage and satisfying specific safety requirements. The Fair Trade license has two benefits. First the producers are guaranteed a certain minimum price for the good. For example, coffee producers are guaranteed to receive $1.40 per pound of coffee, even if the market rate drops below $1.40. Second, producers are paid a “social premium” on top of the market rate. For coffee, if the market rate is above $1.40, the producers are paid an additional twenty cents per pound. This social premium is used to pay for democratically chosen community programs.

Demand for fair-trade products has grown rapidly. The Fairtrade label was launched only in 1988, and in 2014, $6.9 billion was spent on Fairtrade-certified products worldwide. The fact that so many people are willing to pay more to ensure that farmers in other countries are paid a fair wage is heartening. But if we’re thinking about buying Fairtrade ourselves we need to ask how much we’re actually benefiting people in poor countries by shelling out a few extra dollars for fair-trade versus regular coffee. The evidence suggests that the answer is “disappointingly little.” This is for three reasons.

First, when you buy fair-trade, you usually aren’t giving money to the poorest people in the world, Fairtrade standards are difficult to meet, which means that those in the poorest countries typically can’t afford to get fair-trade certification. For example, the majority of fair-trade coffee production comes from the competitively comparatively rich countries like Mexico and Costa Rica, which are ten times richer than the very poorest countries like Ethiopia. In chapter one we saw how fast money diminishes in value, and how extremely extreme global inequity is. That means that even if buying Fairtrade was a good way of paying farmers more, you might make a bigger difference by buying non-fair-trade goods that are produced in the poorest countries, rather than fair-trade goods that are produced in richer countries. Because Costa Rica is ten times richer than Ethiopia, one dollar is worth more to the average Ethiopian than several dollars is to the average Costa Rican.

Second of the additional money that is spent on fair trade, only a very small portion ends up in the hands of farmers that earn that money. Middlemen take the rest. …

It is important to note that the choice is not between fair trade or free trade. There is no mandate that people must buy Fairtrade goods. Every purchase, yours included, is an act of free trade. The choice instead is from whom you are buying. You can buy American coffee from American growers, Fairtrade-certified coffee from richer countries, or foreign-grown coffee from some of the very poorest countries.

When put that way, there is a good likelihood that buying from the poorest countries may do the most good.

MacAskill finished this segment with his conclusion:

Given this, there is little reason to buy Fairtrade products. In buying Fairtrade products, you’re at best giving very small amounts of money to people in comparatively well-off countries. You do considerably more good by buying cheaper goods and donating the money you save to one of the cost-effective charities mentioned in the previous chapter.

So before you assume that moral licensing such as Fairtrade is the only ethical consumerism, think again. Understanding how such licensing works shows how little good it actually does.

Photo of coffee beans by Rodrigo Flores on Unsplash