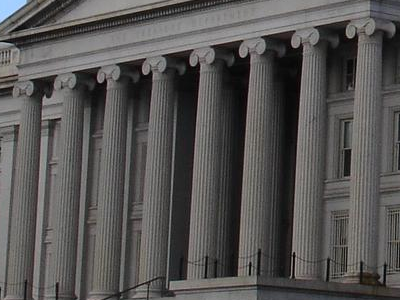 Eugene Robinson is a columnist I rarely agree with. His recent column, “Obama’s Math Clearly Adds Up to Inequality” in Investor’s Business Daily was no exception. Two comments were particularly offensive to anyone who has studied economics or even civil discourse. In the first he writes:

The GOP and its upper-crust patrons have been waging an undeclared but devastating war against middle-class, working-class and poor Americans for decades. Now they scream bloody murder at the notion that long-suffering victims might finally hit back.

The rich are getting richer at the expense not only of the poor, but of the middle class as well.

I find a majority of his columns filled with a great deal of name calling and vitriolic language but very little support. Claims like these have to be substantiated better than Robinson’s a priori claim that those who produce owe everyone else the fruits of their labor.

What would it even look like to wage an undeclared war against the poor? How are they victims? What rich are screaming bloody murder after having hit their victims? How do the rich get richer at the expense of the poor?

One of the basic tenets of economics is that voluntary trade benefits both sides. So if Robinson’s hated upper crust is making money by providing a product or a service that people want to buy, then they are benefiting those who make the purchase. If it wasn’t an advantage to the purchaser, there would not be a sale. Voluntary trade benefits both sides.

Robinson’s entire argument seems to  be focused on the idea that the current maximum capital gains tax rate is 15% but the income tax is progressive and passes 15% at middle class incomes. He writes:

The very wealthy earn much of their income through dividends and capital gains, which are taxed at 15%. This low rate would apply specifically to a wildly successful hedge-fund manager who made, say, $50 million last year.

First, let’s be clear. Robinson’s hypothetical wildly successful hedge-fund manager would pay $7.5 million dollars in taxes even if their entire salary could be taxed at the capital gains rate. The insurance company executive would pay just $126,907 and the teacher would pay only $6,650 (assuming they are married). Even in Robinson’s contrived example, the best passion he can muster is the teacher earning just 0.10% pays an even lower rate of less than 0.09% of the tax. I fail to see any devastating abuse of the middle class, let alone the poor who receive earned income tax credits.

Besides, there are very few hedge fund managers, and if the problem is that they are mis-classifying income as capital gain, change that classification. Don’t punish legitimate capital gains. Even middle income families have capital gains. In fact, let’s go back to that poor teacher earning just $50,000 with a top marginal rate of 25%. Under Robinson’s proposal, any capital gains earned by the teacher would be taxed at their marginal ordinary income tax rate (25%) rather than the capital gains rate (0% for someone earning under $69,000, 15% otherwise).

So if the poor teacher had saved $500,000 growing at 8% in a taxable account they would owe tax on and additional $40,000. If inflation runs at 5%, $25,000 of this gain isn’t real return, it is just the portfolio maintaining its purchasing power. Taxing capital gains means taxing inflation, which is hardly “fair” no matter what definition of fair you use.

Robinson  would burden them with an additional $10,000 in tax. This leaves their “real return” at $5,000 or just 1%, hardly enough to provide the growth required for a real return on your investment. The incentive for saving and investing would be even worse if someone’s top marginal rate is 35% or 39.5% after the Bush tax cuts expire.

In truth, Robinson’s upper-crust patrons in the top 1% of income include anyone selling their long time home in California. The real estate gains above your exemption are taxed first at the 15% federal capital gains rate and then the 9.3% state rate. Families should not have to pay tax on decades of inflation.

Long term tax management is at least as important as investment management. Make sure that you understand your long term strategy.