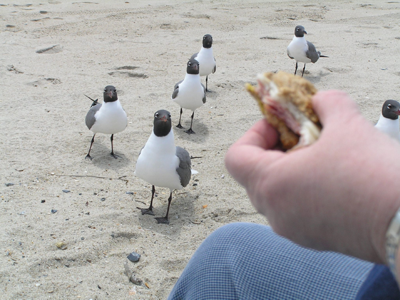 I was speaking recently at our local Senior Center when I was asked about annuities and if I thought they were a good idea. I do not like annuities. I believe that there is nearly always a better mix that does not include annuities for families trying to reach their goals.

Another person from the audience commented that she had always thought they were a bad idea, but she had never heard it from a financial advisor before.

I must admit I am always surprised by the positive articles from financial magazines. They seem to try really hard to present annuities in a favorable light rather than evaluating them based on their merits. The articles always leave me suspecting that there is an undeserved bias. Perhaps financial magazines can’t attract the advertising dollars of annuity products and still evaluate them fairly.

Bruce W. Fraser wrote such a piece for Financial Advisor Magazine entitled “Annuities Find Favor With More Advisors“, a strange title to an article which includes:

Lately, sales have bounced all over the place. Variable annuity sales totaled $147.4 billion in 2012—down 7% from 2011—while sales of fixed annuities totaled $72 billion in 2012, off 11% from the previous year, according to Limra, an insurance industry research firm.

It also seems odd that most of the article authors regarding annuities seems to be freelance writers like Fraser who work freelance for corporate accounts.

The article is not a fluff piece. It reports correctly:

Annuities have their proponents and detractors. “It’s easy to get burned,” warns Larry Luxenberg, a financial advisor at Lexington Avenue Capital Management in New City, N.Y., who has largely avoided annuities for his clients.

“Some have high costs,” he says. “Some have a lack of flexibility. You may have to stay in them for seven years or more before redemption fees totally go away. You can also have less-than-optimum tax consequences. In some cases, you’re converting capital gains to ordinary income tax rates.”

Up until recently, many advisors have held back recommending annuities to clients, citing their complexity and high costs. Variable annuity providers in particular have been pummeled for imposing high fees while curtailing benefits to stay profitable.

Nothing has changed. We “many advisors” still don’t recommend them to our clients. We still cite their complexity and high costs. We still pummel them for imposing high fees with few benefits. And you should still avoid them.