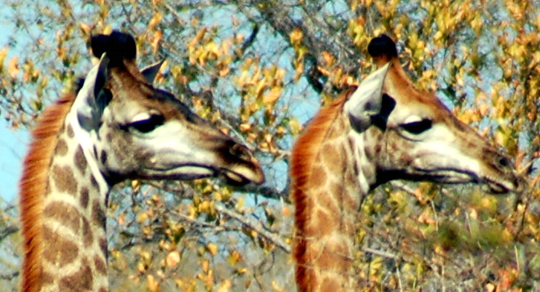 Financial Planning Magazine published a piece by Andrew Welsch of “SourceMedia” entitled “Time to Give Annuities a Second Look?“.

The “article” consisted of an interview with Moshe Milevsky, a “well-known professor of finance at York University in Toronto” in which he argues that advisors should consider adding annuities to their clients’ portfolios.

You should understand, annuities are a big business. Most of the financial services world lives off of commissions, and annuities pay good commissions.

Fee-only financial advisors, on the other hand, don’t like annuities, and for good reasons.

There is great incentive for the annuity sales world to sponsor articles in favor and support of annuities. I have no knowledge that either Milevsky or Welsch or SourceMedia get paid for writing such articles. But such arrangements are common, and they make me cynical of articles that primarily tout products. There are media outlets which will pay for good public relations including interviews, articles, and academic studies. Most of these articles conclude that including some annuities in your finances is better than X, Y, and Z. They never bother to compare their annuity-laden portfolios to A, B, and C, which may have been much better choices. The annuity world is filled with such public relations maneuvering.

And they don’t just need to convince potential clients.

They need to market to the annuity sales force. Sales people need to believe that they are doing the very best thing for clients. Extra business can be picked up if they can convince advisors as well. It is like marketing pharmaceuticals to doctors. Marketing to one doctor results in more sales than marketing to a hundred patients. Pharmaceutical companies will pay for lavish staff lunches in order to gain that good will.

There is a lot of money in writing articles in favor of annuities.

There is very little incentive for fee-only advisors to write articles against annuities.

You might think my libertarian-leaning politics arouses the most opposition, but you would be wrong. Monetary incentives matter. And the articles which have had the steepest opposition have been those on topics such as “annuities“, “fee-based“, “hedge funds“, and “multi-level marketing.”

Here, then, is the heart of Milevsky’s interview:

Milevsky: I understand why some advisors are reluctant to embrace them. The visceral reaction to it is ‘It’s irreversible. I lose liquidity. I lose commission.’ I understand that.

But annuities have been around for hundreds of years. They will continue to be around, and they will be the bedrock of retirement income plans, although I think there will also be a lot of innovation involving these products.

Too much of the discussion focuses on numbers. An advisor sits down, pulls up a spreadsheet and says, ‘Look, the internal rate of return for this annuity even if I live to 97 is going to be 8%. I can do better than that.’

But one of the things the advisor doesn’t realize about the annuity is the non-financial benefit. There is scary research about living into your 90s. You see the statistics, the millions of people living into very old age. What percent of them are not suffering from some form of Alzheimer’s and dementia? The answer is that that percentage starts to grow over time. And by the time they reach 95, most of these people will have some form of dementia.

What that means is that when I’m 90 I will be a very different investor than I am at 47. Today I love trading, I love looking at my portfolio. Should I be more international or less? I hope to still be doing that twenty years from now when I’m 67. But at 77, will I still be able to do that? At 90 will I still be looking at growth and values? I don’t know. At 95 I’ll be happy if I can get a decent bowel movement at that age.

I need my check coming in on auto-pilot. How am I going to arrange that? I want a big solid company to send me a check for the rest of my life. That surety, that benefit is hard to quantify.

It’s a compass for spending, an anchor, as behavioral finance researchers would say. Here’s what I get every month, let me build around that.

Those are some of the non-financial benefits that do not get enough play.

Just to reiterate: It’s irreversible. You lose liquidity. You lose the commission.

What most people don’t take into account is the immediate loss of 100% of your principal.

So you don’t just “lose the commission”, you lose the entire amount of principal. And you can’t get it back, ever. It is irreversible.

And since most immediate annuities are “fixed” that means you will spend too much when you are 65 and be destitute when you are 90. It will be the exact opposite of the “safety” they are trying to sell you. But don’t worry, you won’t even remember the sale by then because of your dementia.

Take for example John and Susan, both age 65, retiring with $1 million in assets. Our safe withdrawal rate at age 65 is 4.36%. So the safe spending rate for John and Susan would be $43,600. Not an extravagant lifestyle, but when added to their Social Security, not too bad.

Now imagine that John and Susan could buy an immediate fixed annuity paying 6%. Their initial “withdrawal” rate would be $60,000 at age 65. This is more than they should be spending and they will pay for this mistake later in retirement. Since the annuity is a fixed annuity they would still be withdrawing $60,000 when they were 90 years old. Put another way, assuming a 4.5% inflation rate they would be living off the purchasing power of only $19,964. Put another way, if they had kept up with inflation they should be spending $109,398.

Who wants a diminishing lifestyle for their entire retirement? Who thinks that such a prospect brings clients peace of mind?

If I am going to put my retirement on auto-pilot I’d like an auto-pilot that recognizes that we need to gain altitude to climb the mountain of inflation ahead of us.

I think I’d prefer being chauffeured by  the private pilot of a fee-only fiduciary.