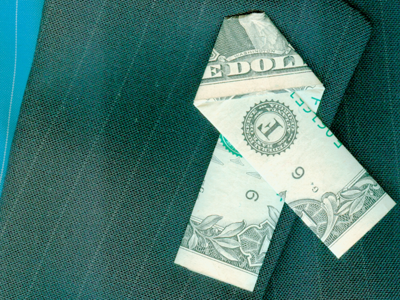 My youthful utopian idealism gave way slowly to my present midlife perspective. My life’s philosophical and experiential odyssey overturned many of my presuppositions. I learned over time that many of society’s assumptions are provably false. But it took courage to integrate this radical reevaluation of life.

A few basic principles convinced me to lean toward libertarian views. I am chronicling three in this article and four more next week.

1. Centralized power in government fosters corruption. An overly powerful government is like hiding all your money in your front pocket. Everyone can see it. Anyone with long enough arms can attempt to separate you from it. In government, special-interest groups naturally attempt to sway that power. They encourage legislation that benefits them and hurts their competition. The application of one simple idea could protect billions of dollars from being spent foolishly. Less government power means less government corruption by special interests.

Critics claim the choice is between government control and corporate control, which is demonstrably false. Power divided among competing personal and corporate entities does not aggregate to the same power when it is centralized and coupled with legal enforcement. Decentralized participants are able to choose from a variety of options or not participate at all. Options beneficial to enough people provide a market that can be readily filled. And these new voluntary transactions benefit both personal and corporate participants. Lacking any such correcting feedback, government legislation will impoverish all parties indefinitely.

2. Controlling other people’s lives is wrong. Government should not legislate how people live. Even if the legislation is good for 80% of the nation, forcing the remaining 20% to follow the law into what is bad for them is evil. It is like drowning dolphins by holding them underwater, rationalizing that for most sea creatures swimming in the ocean is beneficial.

Many argue against this libertarian position. They say, “Perhaps you would be smart enough to make good choices. But we have to force most people to do it for their own good.” I changed my mind and permanently rejected this position after reading the chapter “Why the Worst Get on Top” in F.A. Hayek’s “The Road to Serfdom.” Hayek explains that even if a leader’s ideals are admirable, legislated conformity can only be compelled with force. The only way to stop nonconformists from disobedience is to use the punishment of the law against them. This is why dedicated liberals end up as some of the worst dictators. Legislation is not the place to inspire goodness in people. Imprisonment should be the punishment for evil, not for falling short of ideals.

These same principles apply just as equally to the many tax incentives and loopholes put into law that nudge people to support the latest social engineering. Nudging becomes shoving and then forcing as the economic incentives or inability to compete overwhelms what corporations or individuals would do otherwise. People from both parties see the immediate good from such nudging. But better economics says you must take into account not only the immediate visible effect but also the subsequent effects, many of which are difficult to predict. In this regard, forcing banks to make risky homeowner loans to unqualified individuals raised the percentage of home ownership from 64% to an all-time high of 69%. And then it crashed all the U.S. financial markets. As Frederic Bastiat wrote, “When the immediate consequence is favorable, the later consequences are disastrous.” 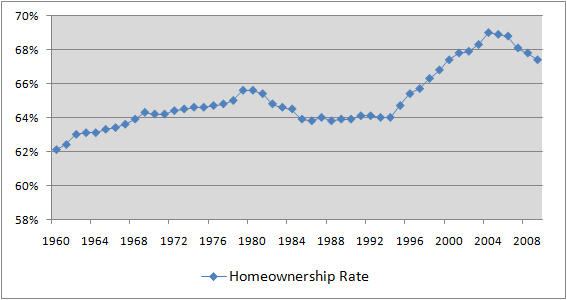 3. Government regulation does not create security. It is naively optimistic to believe government regulation is the best way to avoid a national crisis. For example, the Sarbanes-Oxley Act of 2002, put into place after Enron and mandating certain corporate accounting tasks, costs the country the price of three Enrons every year. Its goal was to prevent economic crises. But it did nothing to avoid the financial meltdown of 2008 because a stack of paperwork has virtually nothing to do with preventing mishaps.

If you are tired of the continual government corruption and the senseless rules and spending, most of which fail to avoid mishaps, you may want to rethink your political philosophy. This isn’t a choice between good government and bad government. Much of government by its very nature does more harm than good.