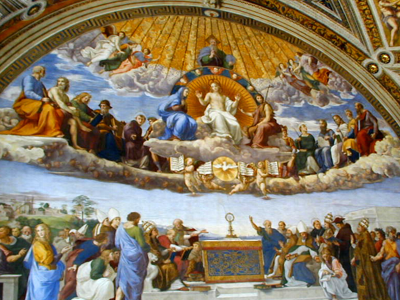 My original attraction to libertarian ideals started in political theory and theology rather than in politics. This is not surprising because I did both part of my undergraduate work and three years of my postgraduate work in philosophy and biblical studies.

Over the years, I’ve found that Christians who tend toward personal piety frequently resonate with the Republican Party. Those who gravitate toward outreach and social justice sympathize more with the Democrat Party. It seems that very few ever consider leaning libertarian.

Thomas Jefferson is often considered a forerunner of the Libertarian Party. He said, “A wise and frugal government which shall restrain men from injuring one another, which shall leave them otherwise free to regulate their own pursuits of industry and improvement, and shall not take from the mouth of labor the bread it has earned. This is the sum of good government.” This idea is often considered the heart of libertarianism. Government should protect the people from injuring one another while allowing them to self-regulate nearly everything else.

Jefferson’s Declaration of Independence contains a very clear example of the mixture of Libertarian ideals with religious philosophy. He wrote, “We hold these truths to be self-evident, that all men are created equal, that they are endowed by their Creator with certain unalienable Rights, that among these are Life, Liberty and the pursuit of Happiness.”

The idea of the pursuit of happiness comes from Locke. In both his philosophy and that of his contemporaries, it meant individuals actualizing the fullest of their calling before their Creator. I think of the line from the movie “Chariots of Fire” where Eric Liddell says, “I believe that God made me for a purpose. But He also made me fast, and when I run, I feel His pleasure.”

Individual callings before God are as unique as the people themselves. In our human experience, it is easy to see how the diversity of gifts, dreams, passions and aspirations are a powerful force and the source of much human achievement. Almost regardless of which religious tradition we are talking about, spiritual values suggest that nothing is more important than determining your unique area of genius. The right to pursue your calling is a self-evident, Creator-endowed right, even a responsibility. No aspect of human government should impede this pursuit. It is sacrosanct and needs to be protected.

Some try to counter libertarian ideals by claiming its adherents are selfish and coldhearted. However, neither their ideals nor their actual practices support this viewpoint. Libertarians want everyone, including themselves, to find their unique area of genius. This calling before God might entail giving your life in service to help the poor or working as a small business owner who provides jobs for your community.

Study after study shows that fiscal conservatives, a category that definitely includes libertarians, give more generously to charities with both their time and their money than big government liberals do.

When given the freedom to be charitable, libertarians are often generous and kindhearted. They desire a small government so they can be allowed to follow their own values into acts and gifts of service. St. Paul writes in the second letter to the Corinthians, “Each one must give as he has decided in his heart, not reluctantly or under compulsion, for God loves a cheerful giver.” Charity must be freely given. If it is taken, legislated or forced, it is not charity.

Twelfth-century Jewish philosopher Maimonides developed an eight-step ladder of “tzedakah” (the willingness to give). At the top of the ladder, he praised giving someone a job so the person could be self-sufficient as the highest form of charity. Loaning someone money to start a business was better than merely giving away money.

At the bottom of the ladder was giving to the poor unwillingly. This category would include taxing people for entitlement programs. The concept runs counter to the goal of helping the disadvantaged become productive and therefore independent. Maimonides would rank small business owners hiring people as an example of the most charitable of acts.

Following our calling before God requires acts of service, but that service is for individuals to decide. The command is to serve others, not to make others serve.

When service is given as an act of charity, it is not received as an entitlement. Recipients receive the help for a time but only with the expectation that it will help them achieve their productive place in society. It respects the recipient’s personhood with his or her own calling and purpose in life. Each person is uniquely gifted and individually called with both the right and responsibility to fulfill that call. In our callings, we are each called to be givers, serving and giving in the way God has enabled us. However, in some seasons of life, we may find ourselves recipients. We may lean on the gracious gifts of others as we strive to fulfill our responsibility to be productive in our independent calling.

Everyone is called to find their unique contribution in the world. Leaning libertarian respects this freely given contribution and removes many of the impediments that stand in the way. Libertarians desire to protect an individual’s right to gift their time and resources in freedom, the only true method of charity.