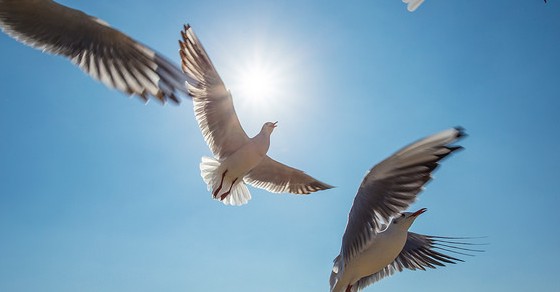 A new proposal to solve the country’s retirement savings crisis would force workers and their employees to contribute at least 3% of the employee’s salary each year toward an account that would be converted into an annuity at the time of retirement.

The proposal, hatched by economist Teresa Ghilarducci and Tony James, the president of private-equity behemoth Blackstone Group is designed to replace current 401(k) plans, which have been ineffective in providing a secure retirement for millions of Americans.

The conceit of the article is in assuming that we haven’t tried a national savings plan already. We have. It’s called Social Security, 12.5% of each employee’s wages are withheld to fund it, and it still isn’t working. Despite that historical warning, Ghilarducci and James argue that we should:

(1) Require workers and employers to each contribute 1.5% of their income to a managed pooled trust.

Why would 3% be more effective than the 12.5% that is insufficient to fund Social Security? Worse, the article’s author Greg Iacurci writes that “401(k) plans have been ineffective to provide a secure retirement.”

Presumably, one of the things about 401(k) plans that he disagrees with is the fact that they are voluntary. It is a shame that there are people who don’t fund their 401(k)s, but it mandating savings raises the same philosophical problem Obamacare did: why should the government compel people to buy particular services or products?

This plan runs on crony capitalism for the financial industry to such a massive degree that I’m surprised it comes from liberal sources. From what many liberals claim to believe, they should be dead against this plan.

The plan claims to provide a tax credit of $600 so that it doesn’t cost low-come workers anything. It also claims to pay for the tax credit by eliminating any tax deferrals for more productive workers, pushing them into higher tax brackets while they are working. And the plan claims to pay for the employer portion of the required contributions because the employers won’t have the expense of administering a 401(k) plan.

But the main cost to workers under this plan would be opportunity cost, just as it is with Social Security. Requiring that people save money a certain way robs them of the ability to find a better savings plan. If the amount of money workers lost to Social Security taxes had been put in their 401(k)s instead, they would all be retiring as millionaires. This new plan would double down on the same mistake as  Social Security, costing those who are saving more effectively than the government could ever mandate the most.

And as an employer, I would much rather keep the trivial costs of a voluntary firm retirement plan to avoid the heavy-handed compliance and red tape involved in yet another government program. I spend enough time on Social Security and Medicare already.

88 million Americans use 401(k)s to fund their retirement . The average participation rate for 401(k) plans is 80%, which has been increasing over the years. Even if this new plan gets enacted, why should 401(k)s be abolished?

Just because some Americans will spend every dollar they earn isn’t a good reason to confiscate another 3% of their wages and force them to spend less. And it certainly isn’t a good reason to force all those who are faithfully saving for retirement to contribute 3% to your mandated savings plan with a one-size fits all investment strategy returning a 2% annualized return.

There is nothing inherently wrong with 401(k)s. They are already approaching the ubiquity that Ghilarducci and James want to mandate with their plan. They make Social Security unnecessary for millions of Americans. It is unreasonable to take that option away.

(4) At retirement, participants would be forced to purchase an annuity paying contributions plus 2% annual compounding.

The average government-measured long-term inflation rate is 4.1%. Any investment that compounds at 2% annually will fall behind each year. That isn’t a sound investment strategy, but Ghilarducci and James would force everyone to lose 1.5% of their income to something that could never earn them money.

Worse, this would be invested in annuities. Ric Edelman wrote an article in Financial Advisor Magazine titled “7 Reasons I’m Not Found of Annuities ” which says:

That was in response to someone who asked my opinion of a hybrid investment product that Wall Street was touting at the time. In our firm’s newsletter, I explained that if we don’t talk about certain investments, it doesn’t mean that we aren’t aware of them; it means we don’t recommend them. And then I provided a list of 13 products and strategies that clients will not hear me recommend.

Edelman’s article could easily have provided the counterpoints missing from Iacurci’s one-sided presentation of the Ghilarducci and James’ plan. Edelman’s seven reasons to avoid annuities are:

Simply put, annuities cost too much, have low returns, and will probably not live up to the promises they make. You should walk, not run, from annuities and plans that involve them.

What we should do instead

Everyone should own the means of production. Save and invest at least 15% of your take-home pay in publicly-traded companies, either through your 401(k) or other investment accounts. They are the best vehicle to a safe retirement and the only ones that let you make your own choices.