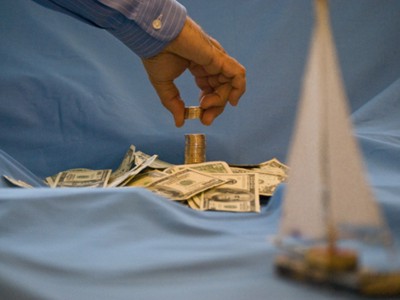 Interesting article by Bob Seawright on ThinkAdvisor entitled “Just How Puzzling Are Annuities.” This is the paragraph which caught my eye.

Notwithstanding the above, Felix Reichling of the Congressional Budget Office and Kent Smetters of the University of Pennsylvania’s Wharton School have recently published a new working paper on annuity optimization that concludes that the low demand for annuities isn’t a puzzle at all. Instead, they claim that annuities are overused. Moreover, they suggest that, in the aggregate, the optimal level of annuity ownership may actually be negative, such that the true annuity puzzle may be why people buy them at all.

Reichling and Smetters’ research, while not yet formally published, will surely foster much reaction and debate. In a recent online interview with my friend and colleague Gil Weinreich, ­Research’s editor, Smetters hit the ­alleged annuity puzzle head on: “The point of our paper is mainly to simply ask: Does it actually make sense that people should buy annuities as much as conventional wisdom says? And the answer is ‘no’ for most Americans.”

What is particularly interesting is that the Congressional Budget Office (CBO) doesn’t like annuities at all, while the Government Accounting Office would recommend you put at least half of your retirement savings into an annuity laden with fees and expenses. (See The GAO Makes A Poor Financial Advisor)

And every study I’ve seen which is purported to suggest that annuities can be part of an asset allocation compares a portfolio with an annuity to a portfolio which is not the best asset allocation. This leaves me to believe that Twinkies are better than dirt but there are still better options.