A grandmother has three children (two boys, one girl) and seven grandchildren (divided 3-2-2 among her children). She’s drafted her IRA beneficiary designations as each of her children receiving equal portions of her IRA — that’s 1/3 each. This is her ideal plan. 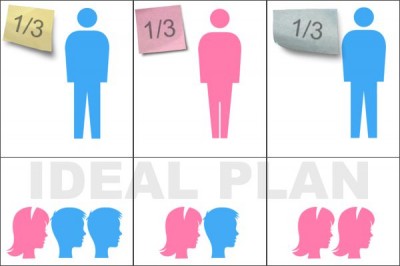 However, before this grandmother passes away, both her sons predecease her. Depending on her titling one of three things may happen.

If the account is titled plainly with each of her children simply as co-beneficiaries, then upon distribution, each predeceased co-beneficiary is just eliminated from inheritance and their portion is proportionally divided between the surviving co-beneficiaries. In this case with both sons deceased, it leaves 100% of the assets to the daughter.

Officially, this default is called per capita. It gives equal weight to each of the co-beneficiaries and, when one passes, proceeded to allocate his or her portion into the percentages of the remaining.

This is achieved on most forms by writing the name of the person you’d like to inherit (i.e. John Smith) in the name field. 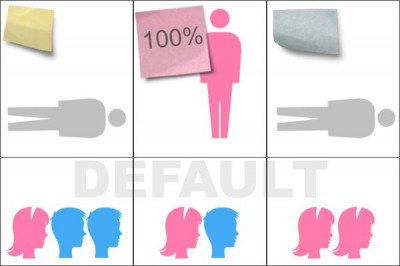 This is achieved on most forms by writing the name of the person you’d like to inherit followed by “per stirpes” (i.e. John Smith per stirpes) in the name field. 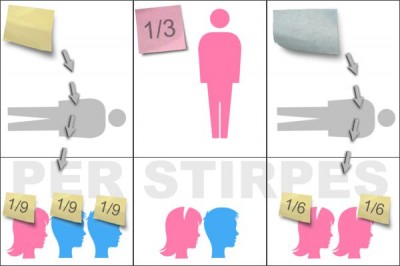 3. Per Capita At Each Generation

Per capita at each generation distributes equal portions to surviving heirs as well as deceased heirs with surviving children.

The five children between the two deceased sons would then inherit equal parts of that 2/3 (2/3 divided by 5 = 2/15). If any of those children were deceased with surviving heirs, it would continue to another generation to divide the 2/15 equally, but in this example it stops at generation two since all the second generation heirs are alive.

This is achieved on most forms by writing “see attached” instead of filling out the form. Then, on an attached, signed, and dated document describe in detail what you would like to occur. This, like many other imaginable scenarios, is easiest achieved with the assistance of an estate attorney. Such designations then show up in most systems as “Complex Beneficiary” and, at the time of your death, the brokerage will pull your original attached documents to determine what occurs to the assets. 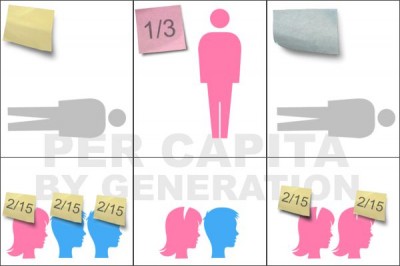 It is important to note that per capita, per stirpes, and per capita at each generation do not normally recognize spouses. So a deceased son with no children but a surviving wife will have his “branch” passed over.  If you’d like to the recognize surviving spouses, you should write “see attached” instead of filling out the form, just like you would for per capita by generation.

There is no right or wrong way to distribute your assets, merely a path that best meets your wishes. States may very on their interpretation of each of these cases. You should check that your beneficiary designations match your estate planning desires. The help of an estate planning attorney is important to make sure everything is implemented properly.

However, don’t let the complexity scare you away; failing to name beneficiaries on retirement accounts and insurance policies is one of the biggest estate planning mistakes.