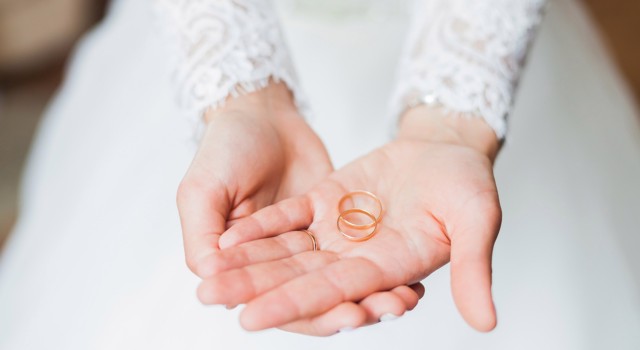 Per stirpes and per capita are amazing estate planning tools. They allow you to cleanly designate as your beneficiary not just one individual but also contingently his or her children, grandchildren, great-grandchildren, etc. as many levels down as are required to find a living heir.

For a complete description with infographics of how these designations work, see “Beneficiary Designations: Per Capita or Per Stirpes?”

The question at hand is: Does per stirpes or per capita include spouses?

The short answer is: No, spouses are not included.

I come from a family that is a blending of Italian and English lines.

In Italy, if you can draw a line to someone in the family tree then you are family. My family had the pleasure of visiting my family in Italy. My mom met my Dad’s second cousin’s husband (that is two marriages removed from blood relations) and was greeted with the Italian two-cheek kiss of family. “Cousin” is used without further qualification and in Italian families may as well mean brother based on the familiarity of the welcome.

In England, the nuclear family (parents and children) and blood relations (children over spouses) take priority. Like the kings and queens, the English focus on their issue and tack descriptors onto relations such as “maternal grandfather” to make the nuclear family loyalties abundantly clear. Visiting even first cousins, you are welcomed as guests for whom the house was cleaned.

People think about marriage differently. Is it a permanent union or is divorce an option? Are the new spouses family or just significant others? Does the presence of children make a difference?

These views and more shape the way that people want per stirpes and per capita to work.

I tried to find the history of the designation and could not. However, I imagine that both designations came from the English inheritance laws for dying intestate. Those rules originally had all of the estate, or at least the title and land, passing to one heir exclusively instead of dividing it among multiple heirs. In that model, you can see why, no matter how much you love your child-in-law, you might not want them included. Imagine that I have two sons both married, I wouldn’t want my eldest son’s wife to inherit everything while my younger son is disinherited!

If you want to make your designation per stirpes including spouses for your children, here’s an idea for the designation:

Photo by Petr Ovralov on Unsplash