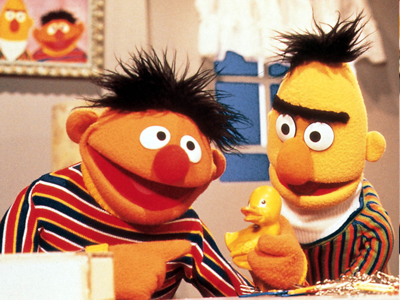 Generosity is good for your health, and yet few Americans take the time to consider how to cultivate this spirit. If you are looking to expand your generosity, begin by examining your social circle.

The Chronicle of Philanthropy issued a report in 2012, “How America Gives,” that details patterns in charitable donations. The study was created by analyzing IRS tax records and U.S. Census Bureau data by zip code in every city and town in the United States. It highlights many interesting trends. Lower-income people give a bigger share of their discretionary income to charity. The widow’s mite is often a bigger sacrifice than the large donations of the wealthy. Religious people give more, and Utah took the prize for the most generous state, with the Bible Belt right behind. These tendencies have been reported on many times before.

The study also found that when wealthy people are heavily clustered in a neighborhood, their generosity drops. The Chronicle of Philanthropy discovered that when high-income families accounted for more than 40% of the taxpayers in that locality, these affluent families give an average of only 2.8% of their discretionary income to charity. This compares to a median 4.7% in charitable giving in the study.

“How America Gives” suggests that wealthy enclaves insulate the rich from the needs of the poor. Paul Piff, a postdoctoral scholar in psychology at the University of California, Berkeley, has conducted several studies proving that this “out-of-sight, out-of-mind” mentality is cultivated by the monied classes. However, Piff says that these differences dissolve in experiments where both low-income and high-income earners are required to watch short videos about childhood poverty.

It strikes me that only in the last 100 years, since the mass marketing of the family car, have societies been capable of self-segregating by class so easily. Prior generations often had beggars living at the gates of the wealthy. Poverty and the class divide was more challenging to ignore or escape.

This research suggests that those who are well off and wish to cultivate a generous spirit should find ways to expand their social networks to be more inclusive of other classes. For example, instead of a gated community, choose to buy a house in a diverse neighborhood. Tutor a student at a struggling public school or help coach a neighborhood sports team. Volunteer at a prison or nursing home.

These studies accentuate for me the importance of the work created by Lear deBessonet, a friend and New York City theater director. Her musical adaptation of The Tempest was recently staged in Central Park and included over 200 amateur actors and only 6 professional actors from all across the city. The goal was to seek out every socioeconomic group and put them on stage together. Performers included a Mexican dance company, a group of ex-offenders, a gospel choir, taxi drivers, youth ballet dancers, and seniors from a Brooklyn recreation center.

Here’s a promo to the musical:

Those who attended the live performances reported to me the great energy that this production generated for both the performers and the audience. With such a large cast and many friends and family in attendance, the lines between them and the stage were blurred. There was an inspiring feeling of solidarity. After finishing what for many was their most significant theater production, many of the youth emerged from backstage glowing to the cheers of audience members who lingered after the performance more than usual. With bows and curtseys, they returned admiration to the crowd who had just witnessed their moment of superstardom.

Take a moment to ponder if you would benefit from cultivating a more diverse social circle.