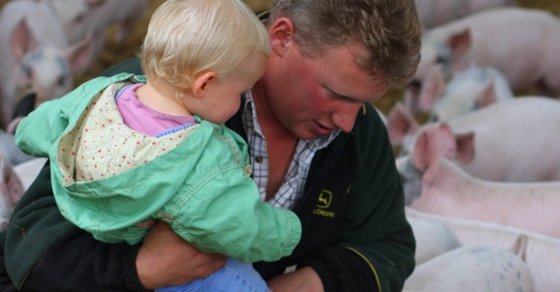 Income taxes are the largest portion of the federal government’s annual tax haul. But who foots the bill?

The IRS counts the number of tax returns filed for each filing status (Table 1.6) and the Tax Policy Center did an analysis of the percent of returns in each filing status that had zero tax liability (here’s their PDF document ). Combining these two data sets shows just how many people fund the bulk of our federal government’s activities.

Taking into account that each MFJ return represents two people, 2013’s income tax return filings cover 197.06 million people. Dividing by the total US population shows that only 62.33% of the US population filed an income tax return. That means 37.67% either was committing tax evasion or made under roughly $20,000.

The Tax Policy Center’s data only studied the three main filing statuses – Married Filing Jointly, Single, and Head of Household. The Center found that in 2013, 30.7% of returns filing MFJ, 46.6% filing Single, and 68.4% of returns filing HOH had zero income tax liability. Because Tax Policy Center does not list their research for Married Filing Separate and Qualifying Widow(er) (also known as “Surviving Spouse”), I can’t assume any had zero tax liability.

Multiplying Tax Policy Center’s zero-liability rates by the IRS’ filing data and accounting for MFJ returns representing two people, we can find out just how many people had zero tax liability.

So now we know that of the 62.33% of the US population that files an income tax return, only 60.25% of them actually owe any income tax. That’s worrying.

But this doesn’t factor out employees of the federal government. Their salaries are paid with tax money, which is then taxed, which is then used to pay their salaries – a closed system. All taxes come at the expense of private productivity, so to see the impact of the income tax on the US economy, we have to assume the income tax is levied solely upon private-sector individuals.

Using my earlier research about the number of government employees, we can estimate how many to exclude in order to find the number of productive individuals who make up the country’s real tax base.

We can’t assume only full-time workers pay the income tax, so we start with the total number of civilian federal employees according to the Census Bureau: 2,792,736. Subtract out the USPS employees because the USPS doesn’t pay their salaries with tax money – that takes away 602,920 workers to leave 2,189,816. Then we add in the number of military employees from my research: 1,431,000 to get a total of 3,620,816. Assuming all of these workers filed taxes and that whether they owed tax or not stayed consistent with the overall trend, we know 60.25% of them would have paid taxes. That means we should discount 2,181,478 federal employees as having paid taxes into the system based on money received from that very system.

That means the full weight of the income tax rests upon just 36.87% of the US population – 116.54 million people. That’s about a third. Put another way, 63.13% of the US either doesn’t pay any income tax or is employed by it.

But what about the remaining 24.56%? They either don’t work or don’t make enough for the government to tax their income.

If the federal government has a tax revenue problem at all, it’s clearly a labor problem – too few people have low-paying jobs or don’t have one at all. But what’s the solution?

If  the President wants more money, he shouldn’t raise taxes on the 36.87% of the country that is already being squeezed. The income tax taxes prosperity – taking more money out the economy just to put it back in is ludicrous. The only way to get more money from the income tax without depressing the economy overall is for the number of prosperous people to grow, growing the whole economy. People just need to find work.

The best way he can ensure that is to get out of the way. Raising the minimum wage will only make the little some people have go to another. The Affordable Care Act just raised the cost of employment  and we clearly saw that businesses (for good or ill) restructure their labor force rather than shift a greater percentage of business re-investment or profit to wages. Raising the minimum wage simply will not create prosperity.

Neither will government “investment” in the economy. When there are so many employment programs, is another likely to solve the problem the others haven’t? In his State of the Union address, President Obama said , “When what you’re doing doesn’t work for 50 years, it’s time to try something new.” The War on Poverty turned 50 in January of 2014. The Cato Institute argues that it has had little effect, if any, on helping people escape poverty.

Relax the taxes, required employee benefits, and regulations on every industry in the country and maybe if it’s easier to hire people, businesses will hire. Lower the corporate tax rate and simplify the corporate tax – make it easier for people to start their own businesses and maybe they’ll hire themselves.

President Obama should stop patronizing the American people by pretending that he can spend our citizens’ money more effectively than they can themselves. If people aren’t hiring, he can’t fix that with a pen and a phone. If they’re not hiring, taking more of the money they would use to hire won’t help.

We don’t need the President to cajole us like children, promising bonus allowance if we think about taking on new employees or extra candy if we just look harder for work.

Act on your words, Mr. President. Try something new – do nothing. We can solve this on our own. Don’t you believe that?