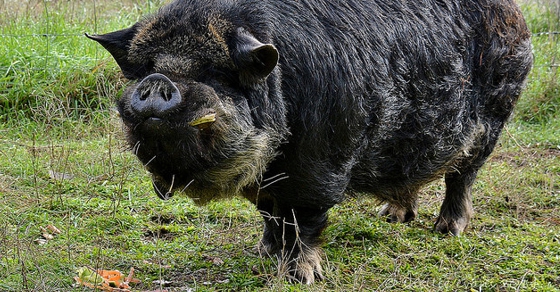 We know that averaging the cost of the income tax over every person paying it burdens each with $10,727 of debt to Uncle Sam. We also know that income taxes make up only half of the federal government’s $2.5 trillion net collections. The cost to our country’s economy is staggering. But we also constantly seem to hear that the government runs deficits, borrowing ever-more money to keep running. If it collects so much money, where does it go?

The Office of Management and Budget, part of the Executive Office of the President, compiles those figures here, in Table 5.2. This is the amount of money Congress allowed the federal government to spend:

The difference between what the government collected and how much it was allowed to pay was $987.61 billion. That means 28.39% of the federal government’s allowed spending was not funded by taxes. The government’s unfunded spending costs another $3,124 from each person in the country. If the difference was made up by increasing income taxes, it would cost those who pay it an extra $8,474 each.

We cannot expect to run a deficit of nearly a trillion dollars for any length of time. Most people don’t have $3,124 just lying around to cheerfully send Uncle Sam when the federal government can’t balance its checkbook. This money has to be borrowed, from foreign countries or from US citizens in the form of new bonds. Either way, interest has to be paid. The only way that interest can be paid is if later generations are taxed even higher than we are or the government sends enough money into the economy to devalue the currency and effectively decrease their own debt, which hurts everyone else for the government’s gain.

It is absurd that the basic functions of government – diplomacy, the military, the judiciary, the legislature, and even the President’s expansive roster of advisers – rank so low in our expenditures. The US spends fully half of its resources on only two things: Social Security, and the Department of Health and Human Services. Nothing else even comes close. According to the budget, our country is more truly a health board than a government.

Also note that “International Assistance Programs” cost us more than the EPA, the entire Judicial branch, or the whole Legislature. $10.775 billion of the United States’ citizens work and money go to other countries.

Our politicians and media pundits don’t often talk about another major expense which was hidden in the chart above – the amount of money the federal government collects just to send it right back to state and local governments. That would be $546.17 billion. The Office of Management and Budget includes that data in Table 12.2 here.

There is no reason for these outlays to exist. State and local governments are perfectly capable of collecting their own tax money and running their own programs. They would be more responsive than the federal government to the real needs of the people affected precisely because they are smaller. Middlemen could be cut out, reducing the cost of these programs to the taxpayers. Letting states and counties do whatever the federal government is paying them for would simply be better for the American people. The likelihood of this happening should tell you something about whether our politicians really care about the American people or their own self-importance.

So our government takes $556.95 billion from American citizens just to give it away – back to our own governments or foreign nations. That costs every person in the country $1,761, or every private worker paying income tax $4,779.

The average yearly salary for the nation was $44,888 in 2013 . The total cost of the federal government is $11,003 per person – man, woman, and child. That is 24.51% of the average wage . If it all came from income taxes, it would cost every private worker who pays income tax $29,846. That’s 66.49%. By contrast, the average salary for full-time federal workers was $77,960 , averaging the four quarters reported by the Office of Personnel Management together.

Remember how outraged people were about the profligate spending of “the 1%” on Wall Street? Only 1.125% of the country is employed full-time by the federal government, but each of those employees costs $977,889. Is each one’s work really worth a million dollars?

Do you owe income taxes? If you owe less than $30,000 a year, that is what the federal government really costs you. If you owe more, the difference shows exactly how distorted the tax code really is.

Is it fair to take $1,761 from every person just to give it away again?

Is it fair to tell people they’re too loose with their money when the government only funds 71.61% of its operations, running a trillion dollar deficit?

Is it fair for the government to tell the well-off they spend too much when it spends $1 million for every employee?

Is it fair for the government to pay its workers 74% more than private sector workers, only to turn around and demand even more?

Is it fair for the government to confiscate a full quarter of the average person’s earnings every year?

Is it fair to spend half of the country’s money on health care instead of the actual duties of government?

Are we a hospital or a country? A free people or a piggybank?

More importantly, how long can this continue before our politicians stop?