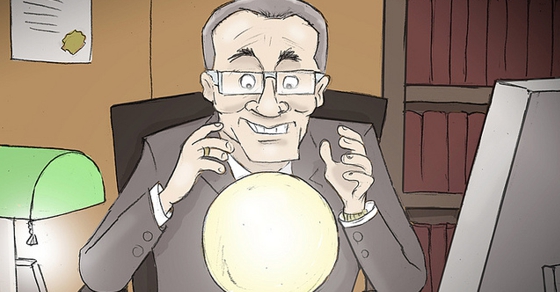 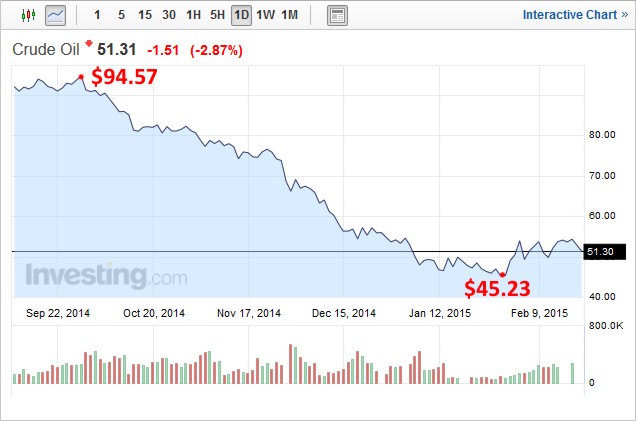 The last such precipitous drop was in 2008 and it was for much the same reason: the strengthening of the U.S. dollar. 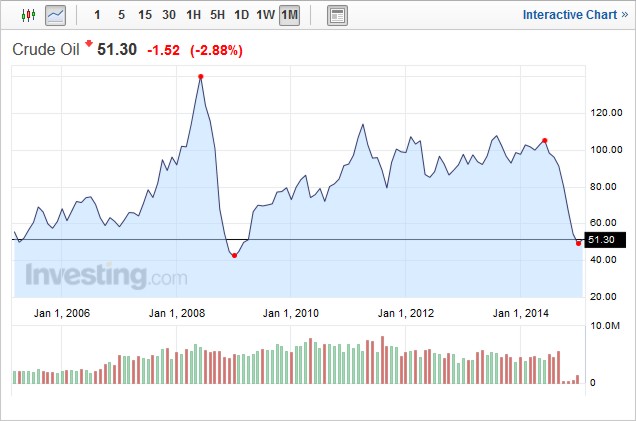 Rebalancing is always a contrarian move, buying what has gone down and selling what has gone up. Nevertheless, it is the more profitable decision, and its value grows with greater volatility.

Oil is currently trading at $51.30 a barrel. While it may go lower, Vanguard Energy is a better buy today than it was back in September.

To show how helpful making a knee-jerk investment decision based on the current price of oil is, the following is a list of headlines predicting future oil prices with my comments in italics:

2014-10-01: Cheap oil ‘a mirage’ and heading to $140 : “There hasn’t been a moment in history that I can remember where future production wasn’t at risk in so many places.” And yet prices were just about to drop.

2014-12-01: Oil Prices Headed For $30 A Barrel : “Now many analysts are willing to speculate about oil at $30 or $40 per barrel, and fear disruption to the global economy as a result.” By this date most of the drop is already complete but they are predicting it will drop another 55%.

2014-12-05: Why the world missed the oil price crash : “The past decade has taught us that oil prices are rarely stable for long…Only the reckless would bet with any confidence on one particular outcome.” And yet the reckless continue to speculate.

2014-12-18: Where Are Oil Prices Headed In The Long Run? : “We expect annual average crude oil prices to continue to decline in the short to medium term and bottom out by 2017 to reach $100 per barrel by 2020.” Meaning if it bottoms out any time in the next two years or reaches $100 a barrel before 2020 they can claim they were correct in their prediction even if their timing was a little off.

2015-01-13: Demand likely to drive oil prices higher: “The only consensus is there is no consensus. Everyone’s got an opinion about where oil prices will go. Many of them contradict each other.” Amen.

2015-01-14: Will Collapse in Oil Price Cause a Stock Market Crash? : “The simplest prognosis would be to anticipate that a fifth spike should occur sometime in 2017-2018.” I can think of some simpler prognoses.

2015-02-09: Why Crude Oil Prices Are Guaranteed to Surge Higher : “With crude oil prices sitting just above $50 today, oil is a buy right now…and I have just the stock.” Hold onto your wallet.

2015-02-18: Why Oil Prices Must Go Up : “Long lead times on new oil projects mean that the dearth of discoveries in 2014 don’t have much of an effect on current oil prices, but could lead to a price spike in the 2020’s.” If oil prices are so difficult to predict in the short term, why do people think they are easier to predict five years from now?

2015-02-18: The future price of oil? Nobody has a clue : “Oil prices could plunge to as low as $10 per barrel. Or they could soar to an unprecedented $200 per barrel…Oil price predictions are essentially meaningless.” Amen. This is probably the best video to watch.

Here’s my speculation: I am certain that, going forward, oil prices will ultimately cross $100 a barrel (going up or down) an odd number of times. Like most speculation, it sounds specific, but is actually so vague as to be entirely useless. Remember that the next time you hear “experts” predicting the future price of oil.

All that being said, energy companies are a strong component of a balanced portfolio because of their low correlation to bonds and other stocks. Their volatility does not need to be timed to achieve your financial goals.