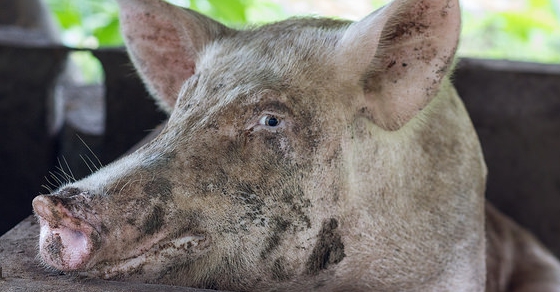 In 1819, Chief Justice John Marshall wrote: “An unlimited power to tax involves, necessarily, a power to destroy; because there is a limit beyond which no institution and no property can bear taxation.” He wrote this in McCulloch vs Maryland, invoking the destructive nature of taxation to defend the federal government against the state of Maryland’s attempt to tax it. He might have added that there is a limit beyond which no people can bear taxation.

The IRS keeps records of the amount of tax money it collects each year – $2.5 trillion in 2013. The following table describes the sources of this revenue.

These were categorically outlawed by the US Constitution in Article 1, Section 9. Thanks to the Sixteenth Amendment, the relevant section was repealed and the income tax was born. The Sixteenth Amendment was only ratified into law in 1913 and now income taxes comprise over half of all money the federal government takes in.

If the tax was spread across every citizen (which it isn’t), this tax would cost $3,955 per person. Since we know 63.13% of the population doesn’t pay income taxes (because they’re minors, seniors, unemployed, tax cheats, or impoverished), the tax base is smaller. If everyone who earns enough to owe money to the government paid their fair share, it would cost everyone who pays income tax $10,727. For a married couple, if both work and each make over $15,000, this costs that family $21,454.

According to the Social Security Administration, the average wage in 2013 was $44,888. The average person, then, owes income tax to the tune of 23.90% of their earnings. Why should the government take a quarter of everyone’s salary?

And this is just half of the picture.

These include FICA taxes, unemployment taxes, and railroad retirement taxes. The last two contribute so little to the government’s coffers that I’ve seen larger rounding errors in government budgets. Of course, their insignificance in no way diminishes the amount of paperwork required to comply.

Notice that just two programs – Social Security and Medicare – have earmarked 35.79% of all money the federal government collects. To make it worse, more of Medicare’s expenses are paid for with “general revenue” than FICA taxes (41% general revenue, 38% FICA tax ). 35.79% is a large percentage, and still only accounts for less than half of Medicare’s funding. For reference, these programs cost nearly as much as the entire military.

The full extent of these taxes are further hidden from employees because half are paid by the employer. If the full weight of these taxes were seen at once, people would have a real sense of how much the government costs them. Instead, by design, the taxes are removed automatically from people’s paychecks, keeping the cost of their employment out of sight, out of mind.

The Social Security Act was passed in 1935. This pamphlet from 1936 cheerily promises skeptical citizens that “twelve years from now, you and your employer will each pay 3 cents on each dollar you earn, up to $3,000 a year. That is the most you will ever pay.” (Italics mine). 80 years later, FICA rates are 15.3% and 16.2%.

How much are government promises worth when revenue is on the line? Apparently, 9.3% of every dollar we earn.

10.86% of the federal government’s money comes from business taxes. About half a billion dollars come from taxing non-profits the government thinks come too close to being businesses, and the rest is corporate tax.

Of course, the $270 billion collected from businesses just increases the cost of doing business. Any successful business sets its prices to cover all expenses – including taxes the business owes. This tax isn’t paid by Apple Inc. but by Apple customers. But this $270 billion comes directly out of the corporations’ pockets, so average citizens have no idea how much cheaper products could be if only the corporate tax was lifted. Again, out of sight, out of mind.

These make up just 2.40% of the money the government collects. Along with tariffs, these were the original, and only, way the federal government made its money (although that wasn’t a great idea in the first place). With the grand invention of the income tax, excise taxes have fallen out of favor but never off the books.

These exist explicitly to increase the costs of goods for us, purportedly to “help” our businesses survive in a global economy. But all these do is increase the cost of good products, leaving us with less money to save or spend as we see fit.

Excise taxes are punitive by design, but despite their increasing irrelevance, the government will not let them lapse.

These taxes collect less than a percent of the money the federal government takes in. Most people do not pay these taxes, but the fact that they fall primarily on the wealthy does not make these taxes any less morally repugnant. Why is death a taxable event? Paul Gigot said it best : “No taxation without respiration.”

The cost of these taxes does not scale with higher income – they simply take 40%. Gift and estate taxes can combine via “Generation-Skipping Transfer Tax” to raise the cost of gifts to grandchildren to 96%.

Why would the government do something so terrible as to confiscate already-taxed money from grieving heirs and gifts to grandchildren for essentially no profit?

If the government abolished these taxes, it would save people money and grief. The government could lower income taxes for everyone paying by $161.17. Would you rather get that money back every year or continue to punish the wrong 1%?

The Power to Destroy

Every tax, by virtue of making something less profitable, discourages whatever is taxed. What does the government want to discourage?

Making money at all, thanks to the income tax. Apparently the government feels entitled to 1/4 of whatever you earn, and that’s after the 15.3% of your paycheck it already took via employment taxes – apparently gainful employment isn’t the government’s favorite thing.

High salaries and low prices really aren’t that necessary, from its perspective, considering it throws another $270 billion expense onto businesses, causing them to lower salaries and raise prices to cover the cost.

Maybe it really is just low prices that it hates – excise taxes from the founding of the country persist, for no other reason than to raise the cost of commercial goods.

Generosity isn’t great – that’s taxed, too, potentially at 96% if you love your grandchildren.

And if you manage to have any money left over when you die, the government’s just waiting to take up to 40% of that.

When people work, they get money, which they can use for whatever they desire. That is, they can pursue their happiness. But taxation causes people to work for the government’s gain, not their own. The government takes an ever-greater portion of their money, leaving them only free to use whatever the government deigns to leave.

When will the government have enough? When will it be satisfied and stop?

When has it ever stopped?