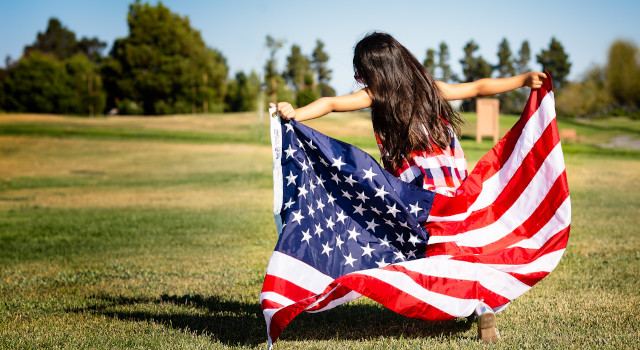 This year, the U.S. reclaimed its spot among the top ten countries in the world with the most economic freedom according to The Wall Street Journal/Heritage Foundation 2006 Index of Economic Freedom. But for a nation which considers itself a paragon of liberty, watching other countries enjoy more economic freedom than we Americans comes as an affront to our self image.

Economic freedom is, essentially, the ease with which goods and services can be exchanged between individuals, corporations, or countries. Put another way, it is a measure of your freedom to create wealth by engaging in all kinds of economic activities such as starting a business, securing a home loan, opening a bank account, or investing your savings.

According to the 2006 report, Hong Kong – despite its forced allegiance to China – maintained its status as the most economically free “country” in the world. Following Hong Kong’s lead, Singapore, Ireland, Luxemburg, Iceland, the UK, Estonia, and Denmark all outstripped the U.S. in the Index ratings. And moving up from twelfth place, the U.S. tied for ninth place with Australia and New Zealand.

The 2006 Index ranked 161 countries in ten categories to determine the level with which its citizens could engage freely in business. Countries were given a score and ranked as either “free,” “mostly free,” “mostly unfree,” or “repressed.”

On a global scale, economic freedom saw a net increase over the previous year. Three countries were added to the “free” list bringing the total to 20. All told, 99 countries became freer economically, whereas only 51 countries saw declines.

Although the U.S. is doing well, other countries are catching up and even passing us in relative freedom. Since 1994 when the Index was first released, the U.S. has dropped from fourth to tenth place, scoring as low as twelfth place in 2005.

Jefferson warned us that the price of freedom is eternal vigilance. We cannot naively assume that we will always remain the world’s champion of freedom. Regarding the United States, the 2006 report blames government entitlement programs such as the 2002 farm subsidies legislation, the 2003 Medicare prescription drug program, and the 2005 transportation bill for saddling the American economy with unnecessary fiscal burdens. And it points to legislation like Sarbanes-Oxley which has significantly raised compliance costs.

The United States must continue to compete in the world market of economic freedom or accept a western European style decline into socialism. Many countries are choosing to compete. Ireland has lowered corporate taxes and has become a small Mecca for foreign investment.

Five more countries in Eastern Europe embraced a flat tax last year bringing the number to a dozen. Austria has benefited from the economic freedom of the region and in the 2006 report crossed from one of the highest “mostly free” countries into the “free” category.

Our founding fathers established a country in which its citizens could engage in business activities without government encumbrances. In his first inaugural address, Thomas Jefferson underscored the importance of economic freedom for Americans declaring, “A wise and frugal government shall restrain men from injuring one another, shall leave them otherwise free to regulate their own pursuits of industry and improvement, and shall not take from the mouth of labor the bread it has earned.”

As we celebrate our many freedoms this Independence Day, let us be mindful of the ongoing fight for freedom both here and around the world.

Photo by vivek kumar on Unsplash