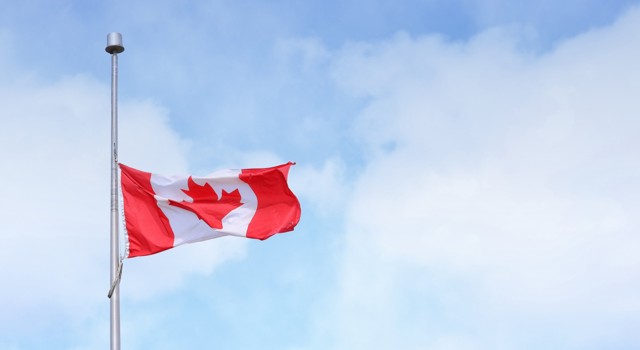 July 1st is Canada Day, the day our northern neighbors celebrate their union as the North American colonies of Great Britain. We should celebrate too. Not only are they good neighbors but a good investment.

Canada ranks sixteenth among the 161 countries in The Heritage Foundation’s 2005 Index of Economic Freedom, just four spots behind the US. It is one of the ten countries that we emphasize because of their economic freedom. While a balanced portfolio includes both foreign and domestic investments, foreign generally outperform US investments, and the countries with economic freedom outperform the foreign stock index. Canadian investments are no exception.

As of the end of May, 2006, MSCI Canadian Index’s five year annualized return was 16.67% compared with the MSCI EAFE foreign index’s 9.18% or the S&P 500’s meager 1.96%. Another reason to emphasize Canada is because it is the one major country that is not included in the EAFE (Europe, Australia, and Far East) foreign index.

Canada, not China, is America’s biggest trading partner. Rich in natural resources, Canada’s oil reserves are second only to Saudi Arabia’s. In fact, Canada is the largest foreign supplier of energy to the US.

Despite the oil and trade deals, the income gap between Canadians and Americans is growing steadily wider with one exception: Alberta.

For some Canadians the upcoming national holiday will be anything but uniting. Once again, some Canadians are threatening a vote for independence. But, this time it’s not from Quebec, but from Alberta. The growing economic differences between Alberta’s “have” status and the other “have not” Canadian provinces has the majority of Canadians demanding greater wealth redistributions from Alberta.

Known as the ‘Texas’ of Canada, Alberta possesses nearly 95 percent of Canada’s oil resources. Alberta’s wealth has skyrocketed since oil production began in earnest in the late ’70s. But its new-found riches are as much a result of policy change as they are from oil.

Big government is a way of life in Canada. To our “life, liberty, and the pursuit of happiness” the Canadians stuck to the cautious motto of “peace, order, and good government.” And in the same name of equality, the Canadians have lauded their socialized health care system and territory wealth redistribution systems as the key to building wealth. Albertans though, in keeping with their cowboy stereotype, elected a conservative government, making a clear departure from traditional Canadian political views.

The economic freedom rankings in the Fraser report tell a remarkable story. Of the 60 states and provinces, Alberta took fourth place behind the America’s Delaware, Colorado and North Carolina. The other nine Canadian provinces landed at the bottom of the list.

Oil alone can not explain Alberta’s success. While the rest of Canada was pressing for wealth redistribution programs, Alberta was working to lighten the government regulations that were choking out free enterprise.

By the mid-’90s, Alberta was outperforming its neighbors by leaps and bounds. Alberta now boasts the highest productivity rates, the lowest individual and corporate tax rates, and the highest per capita investment rates compared to the other provinces. In 2004, the Global Insight reported Albertan’s enjoyed a standard of living which outstripped the Canadian average by 45 percent. And despite the added infrastructure expenses, Alberta remains Canada’s only debt-free province.

This July 1 millions of Canadians will unite in the singing of their national anthem “O Canada.” The forth stanza reads “The True North Strong and Free!” We salute our northern neighbors, thankful especially for provinces like Alberta that mentor the match of economic strength with economic freedom.

Photo by Jonathan Denney on Unsplash