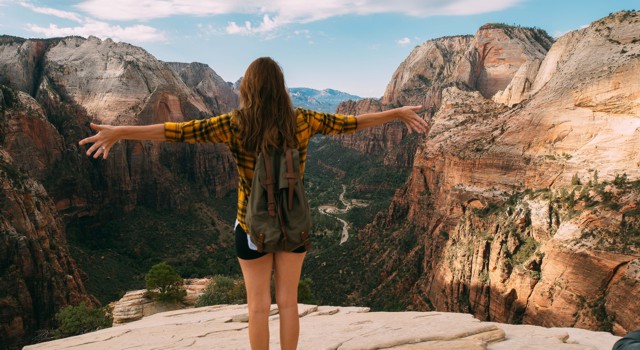 Employers and employees alike are feeling the squeeze of swelling health care costs. According to the Kaiser Family Foundation, health insurance premiums have risen at an average rate of 12 percent per year since 2000. Unable to keep up with rising premiums, employers are forced to pass on costs to employees, to trim benefits, or worse, yet, to dump the coverage all together.

Sick of facing the same dilemma each year, more Americans are turning to consumer-driven high-deductible health care plans like those which offer Health Savings Accounts. Since their 2004 debut, enrollment has increased exponentially and is expected to gain momentum. By 2010, the Department of the Treasury estimates as many as 45 million Americans may be covered by an HSA-eligible plan.

Thus far, the results of HSAs are surprising. In fact, they may be nothing less than a miracle cure for America’s health care crisis. So, you say, isn’t a health insurance plan with a high deductible the exact opposite of a great benefits package? Nope. And here’s why.

The cause of healthcare’s malignant growth has been diagnosed as a lack of “negative feedback.” All systems must have a regulator in order to dampen runaway reactions. Healthcare coverage is no exception.

Instead of handing over thousands of dollars each year to a big insurance agency, why not keep most of those dollars in a savings account and use them on the services you actually need? There is no person better suited to determining the value of a medical procedure than the patient paying for the benefit.

Insurance is best used to limit catastrophic risk, not to pool everyday expenses. Therefore affordable medical insurance should have a high deductible. Out of pocket expenses below the deductible provide sufficient negative feedback to prevent skyrocketing insurance costs.

To help Americans cover the out of pocket costs of high deductible plans, the federal government passed legislation providing tax incentives in the form of Health Savings Accounts.

HSAs are just that, savings accounts. As long as funds are saved and spent on qualified medical expenses all contributions, capital gains and withdrawals remain untaxed. And like any other bank account, HSAs come complete with debit cards and checks.

To protect you against catastrophic medical expenses, Health Savings Accounts are coupled with a High Deductible Health Plan (HDHP).

You may think your insurance has a high deductible already. However, to qualify as a HDHP, insurance deductibles must be a minimum of $1,050 for individuals and $2,100 for families. Once the deductible is met, most HSA-eligible HDHP plans cover 100 percent of most medical expenses like emergency room visits, hospitalization, lab tests and prescriptions. Still, these deductibles are nothing to joke about. Paying a couple grand out of pocket before your insurance chips in may seem like financial suicide.

The good news is HSA-eligible HDHP premiums are only a fraction of the cost of a traditional medical insurance plan. A study by the Galen Institute found that the majority of HSA-eligible plan participants pay premiums of less than $100 per month. Try comparing that to the premiums for most insurance plans which average $335 for individuals and $906 for families – per month.

As an HSA owner you’ll likely do better than break even each year. With the savings on your insurance premiums, you should be able to accumulate a sizeable nest egg. And, unlike your traditional health care plan, your HSA funds are not subject to a “use it or lose it” policy. Anything you don’t spend one year carries over to the next year. After all, it’s your money. While you’re on a roll, why not check out the invest options offered by your bank?

So, you ask, what counts as a qualified medical expense? The IRS has approved a long list of qualifying expenses. In addition to doctor’s visits, hospitalizations, lab tests and the like, the list also includes prescriptions and some over the counter drugs like aspirin.

Qualified expenses may also include items which may or may not count toward your deductible. For some, that may include vision and dental costs like contact solution and teeth cleanings. HSA funds may also be spent on medical expenses for a family member not covered under the HDHP. However, nonqualified withdrawals will be considered as income and slapped with an additional 10% penalty tax.

So, what happens to your HSA when you leave your employer? The money is yours. No matter how many times you change employers, your account is fully portable. Accounts owners are immediately fully vested. All contributions made by an employer belong to the account holder.

And, there’s even more good news. Consumer-driven health care plans are positively shaping the behavior of the insured while pushing health care costs down. The Galen study found that HSA owners were more likely to engage in healthy behaviors and to get annual check-ups. It also reported they were more likely to inquire about costs and less likely to consume health care they didn’t need. And don’t think that the health care industry isn’t taking note.

It should come as no surprise that average costs for consumer-driven health care plans increased at roughly one-third of the rate of traditional insurance plans, according to Deloitte Consulting LLP. Among them, HSA plan premiums actually decreased on average by 17 percent for individuals and by 6 percent for families, according to a 2005 report by the nation’s largest online insurance broker, eHealthInsurance. Now that’s something everyone should feel good about.

Photo by Kristina Wagner on Unsplash