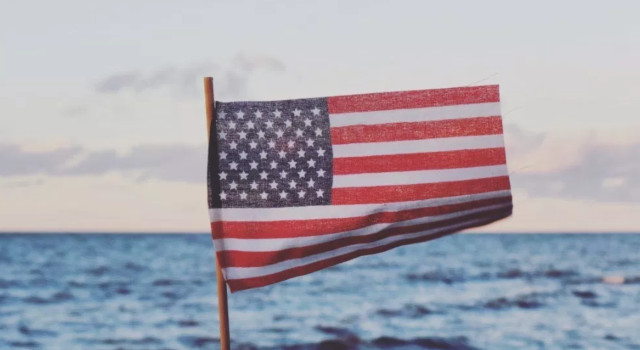 America is officially no longer free. According to the Heritage Foundation Index of Economic Freedom, we have dropped out of the top seven countries and into the second tier of “mostly free” countries.

I’ve been writing about the correlation between economic freedom and superior investment returns since my “Let Freedom Ka-Ching” articles in 2004. In that series I wrote, “We find the Heritage study useful, both to refute presidential candidates’ claims that governmental coercion will make us richer economically, and also to help us find those countries where investment actually would make us richer.”

Since 1994, the Heritage Index has systematically measured economic freedom in countries worldwide. The foundation defines economic freedom as “the ability of individuals to control his or her own labor and property. In an economically free society, individuals are free to work, produce, consume, and invest in any way they please, with that freedom both protected by the state and unconstrained by the state.”

Five of the top seven countries have easy, convenient ways of investing there. They use country-specific iShares, exchange-traded funds (ETFs) that combine the liquidity of individual stocks with the diversification of index funds.

These countries have maintained their economic freedom better than the United States. Along with the symbols for the ETFs, they are Hong Kong (EWH), Singapore (EWS), Australia (EWA), Switzerland (EWL) and Canada (EWC).

The United States is still mostly free. It ranks eighth among over 180 countries rated. You may note the irony that Canada, with its socialized medicine, is freer than the United States. But you should know that choice lowers Canada’s score. The United States has taken actions that as a whole are even worse.

The Heritage Foundation explains what has changed: “The U.S. government’s interventionist responses to the economic and financial crisis that began in 2008 have significantly undermined economic freedom and long-term prospects for economic growth. Economic freedom has declined in 7 of the 10 categories measured.”

This government intervention was not necessary. After Enron went bankrupt, the markets quickly righted themselves. Other better run companies soon filled the void. In this crisis we’ve tried to bail out the poorest run companies to the detriment of everyone. Another study by the foundation concluded that the amount a country spends with stimulus money has a negative short-term correlation with its gross domestic product (GDP). In other words, stimulus money may even have a slight negative short-term effect as well as a stronger negative longer-term effect.

Governments seize on every crisis–even those they cause themselves–to posture as redeemer and promote extending their own influence as a political solution. Unfortunately, government, more often than not, is part of the problem.

The Troubled Asset Relief Program (TARP) did little to let weak banks fail and give the country strong banks. The cash for clunkers scheme destroyed perfectly good automobiles. Plus it handed money to government- and union-owned failing car manufacturers. Government mandates required lenders to approve mortgages for people who couldn’t afford them and caused the subprime meltdown. And government regulations require health insurance companies to charge the young with punitive rates. This intervention encourages many who are unwilling to subsidize older and wealthier patients to simply forgo insurance. All the while government regulation has been purposefully preventing insurance in one state from being offered in other states.

Government intervention continues to do more harm than good. This past year it took a common recession and prolonged it into a more permanent malaise. GDP growth, which has historically averaged 6.5%, is liable to slow to a more European rate of 3% to 4%. Official unemployment numbers will lower but only as people drop out and are no longer counted. Real unemployment is liable to remain high for some time.

Free markets are critical for job creation and GDP growth. Stimulus money may increase government spending, but the growth of government is a negative in the equation of economic prosperity. Real hope and change can only come from letting entrepreneurs in the private sector innovate in the context of free competing markets.

These are not idle claims. Each of the five major free countries has returns far superior to the United States. Their average return for the past five years was 10.41% versus 0.42% for the S&P 500. It may seem remarkable to beat the S&P 500 by 9.99%, but it proves what a steep price we pay for increasing government intervention.

The intention of our constitution was to protect these natural rights by limiting the scope and power of government. All powers not specifically enumerated were reserved for the people.

Slavery was abolished along with indentured servitude because we all have the right to control and direct the fruits of our own labor. This is why those who love liberty oppose the current administration and Congress so vehemently. Efforts to triangulate economic interests fail because even those who struggle financially suffer under the economic malaise of a controlled economy. But more importantly, everyone suffers when the arbitrary exercise of political power violates basic human rights.