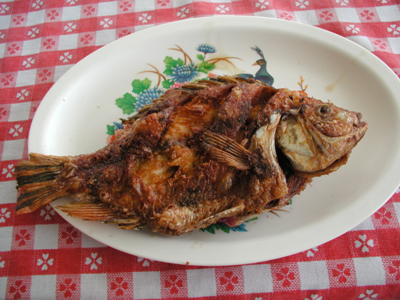 “There ain’t no such thing as a free lunch.” As early as 1938, this phrase was touted as “economics in nine words.” It should be part of a civics course required for high school graduation. And it should be the pledge of service for elected officials. Instead, we get utopian drivel that garners votes at the expense of economic prosperity.

The initiated shorten the phrase “There ain’t no such thing as a free lunch” to the acronym TANSTAAFL, pronounced “Tan-staffle.” It means that any claims that something is free neglect to take into account the unintended effects and consequences.

It all started in the early 20th century as a marketing ploy. Saloons would offer a free lunch to anyone who bought at least one drink. The lunch didn’t cost anything, but the drinks were correspondingly more expensive. TANSTAAFL.

Saloon proprietors were betting that their patrons would continue drinking, not unlike drug dealers who give away the first hit of crack cocaine. They were also counting on their clientele coming back in the evening when the lunches weren’t free and the drinking was more liberal.

Even if an immediate cost can’t be found, there still is one. Sound economics dictate that the cost usually exceeds the direct cost of the lunch. If the lunch were really worth the price, someone would have already paid for it. Because no one did, there was something people would have done with the money that was worth more than the cost of the lunch.

Ironically, so-called free lunches can cause people to go hungry. Free lunches reduce the supply of quality lunches. They drive down the number of people willing to make lunches for a profit. Soon only those selling alcohol are providing lunches, and those lunches are meager. Ultimately, if you aren’t an alcoholic, you have to go hungry.

Robert Heinlein made TANSTAAFL popular in his 1966 book “The Moon Is a Harsh Mistress.” One of his characters remarks, “Anything free costs twice as much in the long run or turns out worthless.” Heinlein’s book is a science fiction story about the lunar colony’s revolt for independence against the earth. To say that the book delights libertarians is simply to say it is based on sound principles of economics.

The very earliest reference in print to a free lunch comes from a character in a 1919 novel. He describes the frenzy of battle by saying, “The shells and shrapnel was flying round and over our heads thicker than hungry bums around a free lunch counter.” Unfortunately, the hungry bums have all gone to Washington and now represent us in Congress.

For example, take the recent round of stimulus money being flung to the crowds. Our current state representative was criticized by his opponent in this last election for voting against amendments that would qualify Virginia for $125 million in stimulus funds. His challenger complained, “It was free money to help people who were losing their jobs.”

Such statements are economically incorrect. In retaliation, we should enforce economically correct (EC) speech. If it isn’t EC, it is therefore economically bigoted and should be seen as offensive as advocating indentured servitude. Where is the outrage against such non-EC speech?

Our current representative is one of the few politicians who recognizes TANSTAAFL and isn’t afraid to take the long view. He opposed taking the supposedly free money and trusted that the voters would be EC enough to reelect him.

He reasoned that accepting the money would require permanent changes to Virginia’s unemployment insurance system in exchange for temporary funding. He argued that these changes would remain long after the stimulus money ran out. And expanding unemployment benefits would erode Virginia’s attractiveness to businesses.

The changes that Congress was pressuring Virginia to accept are the same liberal unemployment benefits in place in California. Those benefits mean that California has some of the highest payroll taxes in the country, making it hard for the state to compete and driving out businesses. Rather than relaxing the taxes in California, Congress decided to push the same burdens on every other state by bribing them with bailout money.

The idea was to tax everyone and then give the money only to those states willing to accept the same burdensome government that is bankrupting California. It certainly isn’t a free lunch. In fact, it is like eating a buffet of parasites.

If California’s unemployment benefits are supposed to be a model for the rest of the country, they are a prototype for a banquet of indigestion. In the latest unemployment statistics, the state’s unemployment rate is 12.4%. Virginia’s rate, in stark contrast, is 6.9%. The national average is 10.0%.

Reasoning through the long-term consequences shows that the money isn’t “free money” at all. In fact, accepting the money may very well be selling Virginia’s long-term competitiveness for a pot of tainted porridge.

All of this well-founded economic thinking was in danger of being lost in the simplistic sound bites offered by my state representative’s more liberal challenger. Fortunately, it was not lost on the voters. The “free money” candidate lost 67% to 33%. But a third of the voters still need a lesson in EC.

The media is particularly susceptible to the free lunch ruse. Only the immediate consequences of a policy fit in a headline or a sound bite. Actually explaining the ill effects of unintended consequences evidently is for books and boring documentaries. News organizations provide entertainment rather than information.

People embrace the media as a career because they want to change the world. The idea that market forces can determine where goods and services should go more effectively than centralized planning or thoughtful evaluation ruins the media pundit’s hopes of making the news instead of just reporting it. Informing the consumer, an always worthwhile endeavor, is too indirect for today’s teleprompter readers.

We suggest you save 5% of your take-home pay in a taxable account, in addition to saving 10% in a retirement account. After six years you should have your own six-month emergency fund to cover the possibility of unemployment. Unemployment benefits can help a family in financial trouble, but they do not alleviate the fact that you might need to take a lesser paying job.

We want to lighten the burden of families that are having a hard time but not at the expense of struggling businesses. Mandating benefits to be paid through higher business unemployment taxes is a losing proposition. It sound-bites like a free lunch but still gives you a wicked hangover in the morning. And even if the lunch were free, your pockets would still be empty from buying drinks. TANSTAAFL.