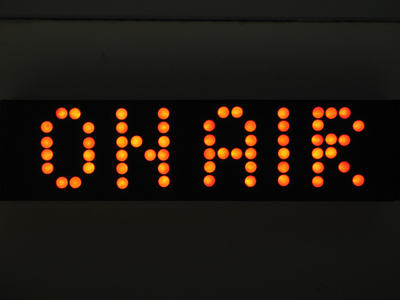 David Marotta was interviewed on radio KABC in Lost Angeles, discussing the article “Should We Wallow in the Rising Stock Market?”

Listen to the radio show here:

According to Mr. Marotta, it’s significantly higher than what we thought it was. Marotta, excuse me. Let’s welcome the President of Marotta Wealth Management, David Marotta. David, how are you?

Marotta: Good. Thank you so much for having me on the show.

Host: I appreciate you coming on. And you can read all about everything David does at MarottaOnMoney.com. So let’s talk about this. You say that unemployment—and I’m quoting now from your piece—“ unemployment in its truest definition, meaning the portion of people who do not have any job, is 37.2%. And this number obviously includes some people who are not or never plan to seek employment, but it does describe how many people are not able to, do not want to, or cannot find a way to work.”

Marotta: Yeah, the labor participation rate is at its lowest in the last 40 years. In December, the official unemployment rate dropped to 6.7%, even though we added 74,000 jobs. But what most people don’t realize is that we need to add a minimum of 127,000 jobs just to keep up with our annual population increase. So anything less than that actually increases unemployment.

Host: This is what we’ve been talking about here since the market meltdown. The old axiom is that Wall Street recovers before Main Street. And then we started to hear about a jobless recover, and we’re seeing these fantastic numbers on Wall Street, records for the DOW, record corporate profits, and it’s not reflected in how the American public is experiencing the recovery.

Marotta: Most of the Misery Index—both unemployment and inflation—can actually help the stock market recover. It’s specifically by avoiding US workers that companies are keeping their profits strong. Automation and outsourcing are making US companies more profitable, but it’s at the expense of US employment. And it’s no wonder that they can’t hire US workers: we’re still working to increase (rather than decrease) the minimum wage, and Obamacare makes it difficult to hire full-time workers. And for the small business owners we work with, they all tell their managers, “if you hire a 51st employee, such that I’m subject to all those rules, I will fire you to get back under 50.”

Host: Now we are talking with David Marotta, President of Marotta Wealth Management. In our research, did you factor—I’m a nut on the subject of illegal immigration, and one of the things I’ve learned out here in Southern California over the years is that the other half of outsourcing is insourcing. That there are entire categories of work that once supported middle-class families that have now essentially been yielded to an illegal labor force, and I specifically talk about the hotel and tourism industry: hotel workers, meat packing, poultry plant workers; in Maryland, some of the crabbing industry. And these were jobs that once supported middle-class families that have now becoming working poor jobs.

Marotta: It’s that anyone who’s going to hire an illegal worker illegally is also not going to follow all of the regulations and labor laws that have been put on small business owners. So it’s the small businesses that are trying to comply with all the hiring rules that are the most punished by regulations.

Host: And this has become factored into the new normal for the economy as well. Virtually every politician in California just says, ‘”well there’s nothing we can do about it, so we just have work our way around it. But meanwhile, construction workers have lost their jobs and there’s a ripple effect on this, and an increased cost and social welfare cost to the municipalities and county residents and state residents.

Now, with that said, you’ve written here, “given current government policies, it is specifically by avoiding US workers”—and we’re circling back to that point—“that companies are keeping their profits strong.” And I want to focus on that because, again, a jobless recovery is no recovery. And if the big market numbers that we’re seeing are based on that fact that companies are simply not hiring Americans, and that’s how they’re achieving profits, then this is, to say the least, a Pyrrhic victory.

Marotta: It’s true. Economics has consequences, and I think it’s the poorest in society that suffer the most. The rich business owners don’t even need to work: they can retire, they can go golf. They don’t need the money, but the people they employ do.

Host: All right, well we’ve got the report posted on Facebook. MarottaOnMoney.com. Thank you David, for joining us. Appreciate it.

To hear more about our recent fame, read our Feb 2 article “Can You Fact-Check Without Reading the Article?“ To get the full story, read the original article, “Should We Wallow in the Rising Stock Market?“