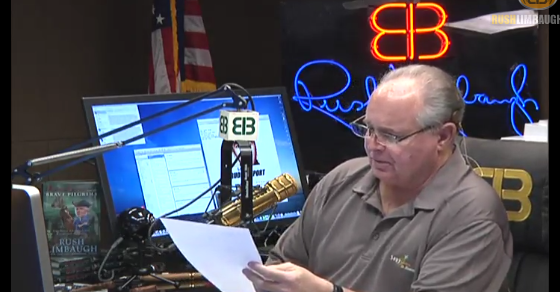 Rush Limbaugh defended David John Marotta and Megan Russell’s article “Should We Wallow in the Rising Stock Market?” from media attacks on Jan 23. Thanks to the media’s sensational headlines, once again our two Virginia co-authors are “the Wall Street guy.”

Listen to the snippet here:

or read the whole Transcript:

RUSH: Old buddy Jim Pethokoukis heard about that Wall Street analyst saying that the real unemployment number is 37%, and Pethokoukis says this guy is full of it. No way, no how. He said the guy doesn’t offer any data; it’s just crazy. There’s no way the labor market’s that bad. He doesn’t offer an alternative to what it might be, other than U-6, which is around 11.5%, as opposed to 6.7%.

Read more about the attack and its correction in our Feb 2 article “Can You Fact-Check Without Reading the Article?”