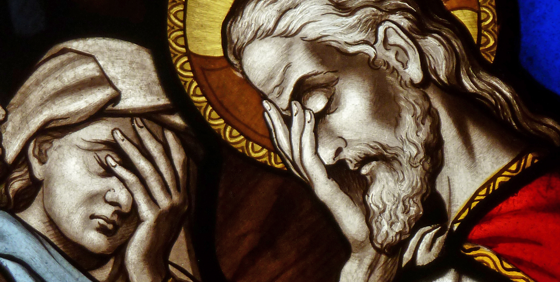 Our January 19 article explained how the stock market occasionally benefits from a high misery index, high unemployment and high inflation. A rising stock market, although beneficial to investors, does not indicate the health of the economy.

We also discussed the dubious accounting schemes used to calculate inflation and how hard it is to find a useful and accurate unemployment statistic. We showed how under certain conditions, the stock market benefits from both real inflation and unemployment.

On January 21, Paul Bedard at the Washington Examiner referenced the article. His headline read “Wall Street adviser: Actual unemployment is 37.2%, ‘misery index’ worst in 40 years.” Sadly, we’ve learned how a viral story often gets many of the facts wrong.

The actual quote, which appeared on several news websites, is “Unemployment in its truest definition, meaning the portion of people who do not have any job, is 37.2%. This number obviously includes some people who are not or never plan to seek employment. But it does describe how many people are not able to, do not want to or cannot find a way to work. Policies that remove the barriers to employment, thus decreasing this number, are obviously beneficial.” For the full context, we encourage you to read our whole article.

Then James Pethokoukis took on Bedard’s retelling. Pethokoukis wrote, “But wait, isn’t Marotta including as ‘unemployed’ people who really aren’t in the job market such as retirees and college students and stay-at-home moms–as well as discouraged potential workers? He sure is–which is why the 37.2% number is absolutely ridiculous and tremendously overstates labor market weakness.”

That evening, Becket Adams of The Blaze wanted to settle the issue. He wrote, “Fact check: No, ‘actual’ unemployment isn’t 37.2 percent.” But his so-called fact-check only quotes, references and links to Bedard’s reporting. As his primary critique, Adams wrote, “Marotta in his calculation includes everyone: retirees, adolescents, college students and stay-at-home mothers.” He quotes Pethokoukis’s harsh criticism as his backup.

Neither Adams nor Pethokoukis appear to have read our article. They ignored our own statements that 37.2% is “the portion of people who do not have any job” and includes “how many people are not able to, do not want to or cannot find a way to work.” We acknowledged that “this number obviously includes some people who are not or never plan to seek employment.”

Luckily, Rush Limbaugh beat us to correcting these two. After covering Bedard’s reporting during his January 22 radio show in the segment “Misery index: Half of the industrialized world’s unemployed are in America,” Limbaugh then discussed Pethokoukis’s attack the following day.

He came to our defense. “Old buddy Jim Pethokoukis heard about that Wall Street analyst saying that the real unemployment number is 37%, and Pethokoukis says this guy is full of it. No way, no how. He said the guy doesn’t offer any data; it’s just crazy. . . . By the way, the Wall Street guy said that there are 37% ‘not working.’ He didn’t say the unemployment rate is 37%. Now, you may think this is splitting hairs, but he said 37% are not working. He’s talking about all the people that don’t work, period–including the unemployed, including those who can’t work, including the retired, including those on welfare. So his point was, of 100% of the population, about 37% are not working.” That is precisely what we were trying to say.

Meanwhile, the unemployment figure they criticized in our article described the portion of available citizens without a job, an entirely different concept.

That was exactly the point our article made. We cited the drop in the LFPR to show that the decline is not captured in the official U-3 statistic. And in our recalculation of the misery index we used a 10.2% estimate by Heidi Shierholz of the Economic Policy Institute for the unemployment rate.

The headline should have been “Pethokoukis concedes Marotta is correct: The ‘real’ unemployment rate may be as high as 10%.” Adams went even further, suggesting that underemployment is probably at 13.1%, the U-6 unemployment rate. That both authors would mock us and then agree with our facts shows poor journalistic integrity.

Even more illogical, Pethokoukis fails to even address why the number of jobless have been increasing since 2008. Citing “retirees and college students and stay-at-home moms” as the cause allows him to dismiss the phenomenon.

Are more aging workers being forced to retire prematurely? Are more students going on to graduate school rather than entering the job market? Are more moms incentivized to stay home with their children? Each of these examples is considered “voluntary unemployment” even if their decision was a direct result of the poor job market.

Even the Bureau of Labor Statistics (BLS) concedes that some labor force dropouts have simply given up looking for a job. Their U-6 calculation includes “marginally attached workers” (short-term discouraged workers) as well as part-time workers desiring full-time employment. For December 2013, the U-6 was 13.1%; the U-3 was only 6.7%.

We did discover an error in our article after it was published. We actually underreported the portion of jobless Americans. Our number only described those who are not able to, do not want to or have given up looking for work. Because the BLS defines the labor force as both employed and unemployed, our figure did not include the people who are represented in the unemployment rate.

Unemployment should be the 37.2% of those not in the labor force plus an additional 4.2% unemployed members of the civilian labor force. As a result, 41.4% would be the real number for the portion of available workers without jobs during December 2013. We’ve provided a fuller explanation of this calculation on our blog. 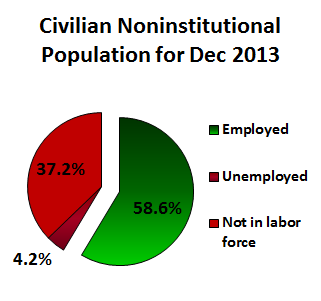 So-called fact-checking by the likes of Adams and Pethokoukis has become a form of political attack. Both authors claimed there were errors in our article all the while agreeing with our assessment of the unemployment numbers. We found it most reassuring that the overwhelming response of other commentators challenged the outright bias of these two authors.

Perhaps next time they try to fact-check an article, Adams and Pethokoukis will actually read it.