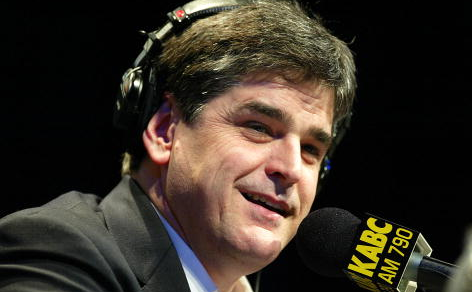 David John Marotta and Megan Russell were mentioned on Sean Hannity’s radio show for their article “Should We Wallow in the Rising Stock Market?”

Listen to the clip from Hour 1:

Listen to the clip from Hour 3:

Why I’m a conservative is because Reagan had a forward-thinking, positive agenda. He took over when we had a misery index. By the way, the Misery Index—I’ll get into this later. The Misery Index is the highest it’s been in 40 years, according to an analyst on Wall Street, if you look at the real numbers, not the phony doctored numbers that Washington gives you.

Let me go to the article, today, of a Wall Street advisor. This is why not solving problems, to me, is almost immoral at this point. Because there are real people behind the 50 million people on food stamps, the 50 million people in poverty; 1 in 3 in the last year experienced some level of poverty, according to the numbers that came out last week. This guy on Wall Street, an advisor, actually estimates that the real unemployment rate is 37.2%; the Misery Index, the worst in 40 years. David John Marotta calculates the actual unemployment rate of those not working: a sky-high 37.3%. Remember, we have more people on the government handout than we have people working full-time. And the Misery Index at over 14, which is the highest in 40 years.

If the Republicans aren’t going to solve problems, the Democrats are only going to make it worse by increasing the deficit and debt, and they like people on unemployment, and they like food stamps, and the country continues to suffer. Americans needlessly suffer. We don’t grow the economy, the value of the dollar goes down when the Fed’s pumping in $75 billion a month.

These are fundamental problems that, if not solved, are going to result in really bad times, far worse than they are now.

Thanks to sensational headlines and selected quotes, the message of our article is changed with each re-telling. To read more about which unemployment we were actually talking about, read the original piece “Should We Wallow in the Rising Stock Market?”

To hear more about our recent fame, read our Feb 2 article “Can You Fact-Check Without Reading the Article?“