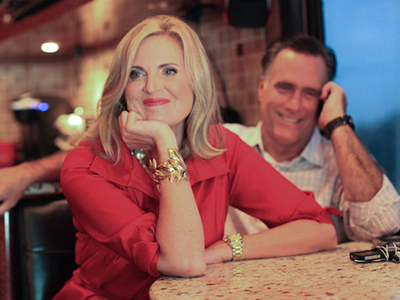 Much has been made about Mitt Romney’s tax returns. Reviewing them clarifies both public policy and personal wealth management.

The Romneys’ 2011 adjusted gross income (AGI) was about $13.7 million. Their total federal income tax due was about $1.9 million. A quick calculation assumes their overall tax rate was 14.1%. But this number is highly misleading. The average person might assume the Romneys were able to keep 85.9% of everything they earned, which is simply not true. Let’s see how much the couple really kept for themselves.

After establishing AGI, there are a number of below-the-line deductions. The Romneys had $4.6 million in itemized deductions. They paid $1.3 million in state and local income taxes and $215,000 in real estate taxes.

If we had a flat tax, provisions would not be required to prevent taxing money paid in taxes. Historically, this deduction prevents progressive tax rates from approaching or exceeding 100%. Because these amounts represent money the Romneys never saw, I am adding them back into what was lost along with the taxes they paid.

The Romneys were extremely generous, donating $1.3 million in cash and another $921,000 in securities. In a flat-tax system, these deductions would not be as critical as they are given our highly progressive system. If they were considered income with no corresponding deduction, people with the highest income would not be able to be generous. Their income would push them into a tax bracket where they could not afford it.

Giving $2.3 million to charity certainly should not be the basis of any criticism. It is money the Romneys did not keep for themselves, so I am counting it with the money lost in taxes.

The Romneys received $2.2 million in qualified dividends and an additional $6.8 million in capital gains. Both of these receive favorable treatment and are only taxed at 15%. Many have suggested this is too low and should be the same rate as tax on ordinary income. This reasoning is faulty because this money is taxed at the corporation before it can be paid out in dividends.

For example, if a company in the highest corporate tax bracket earns $100 of profit, it must pay $35 in corporate profits before paying a dividend. The $65 paid as a dividend is then taxed a second time at the 15% rate. Of the $100 in profit, the stockholder only receives $55. Complaining the 15% rate is too low ignores the cumulative tax rate of 45%. To compute the Romneys’ effective rate, we would have to add the $35 of corporate tax paid to both the Romneys’ income and tax paid.

The correct tax rate for dividends and capital gains is zero because they have already been taxed at the corporate level. So the Romneys have already paid more than their fair share of tax there. Using this estimate these earnings already paid an additional $4.9 million in corporate taxes, money that never flowed into their AGI in the first place. To be fair, we should add it to their AGI as well as the tax they paid.

Finally, the Romneys paid $103,000 in foreign taxes, which has nothing to do with offshore accounts. It concerns global investments. President Obama paid $27,000 in foreign taxes. If you have any allocation to foreign companies in your portfolio, you probably paid foreign taxes as well. If you held those investments in a taxable account, you can deduct these amounts. These deductions avoid marginal tax rates exceeding 100% in a highly progressive system.

With these adjustments, the Romneys’ tax return tells a very different story. After $18.6 million of productivity, they paid $10.8 million in taxes and gifts to charity, keeping just 42.1% of what they produced. The liberal media has focused on federal income tax owed as only 14.1% of the Romneys’ federal income. Yet their outgo of taxes and gifts to charity were about 57.9% of their productivity.

In a similar analysis of the Romneys’ 2010 tax return, they paid $15.6 million in taxes and gifts to charity on $30.2 million of productivity. Again, they kept less than half of what they had earned. Their generosity and tax burden is hardly the example of greed that advocates of greater government would have us believe. And because it doesn’t fit their narrative, they purposely distort it.