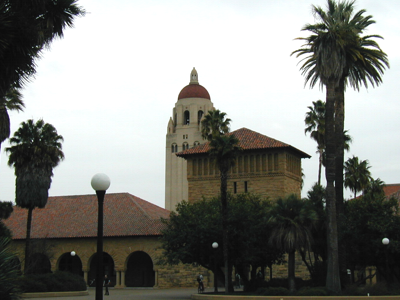 Today is the birthday of my father, George Marotta. Mentoring under my father was one of the best financial educations I could have asked for. I’m very proud of my father and consider much of my contribution to be in engineering his masterpieces in a repeatable paint-by-numbers approach. For those of you not familiar with The Rembrandt of Investments, here is his bio:

George Marotta served in the U.S. Army in the Pacific, graduated from Syracuse University, worked in U.S. foreign affairs and Stanford’s Hoover Institution, and founded a financial firm in Palo Alto. Currently he teaches and lectures on board cruise ships. Favorite sport: Lawn Bowling.

And here is an interview with George Marotta on his work at Stanford’s Hoover Institution:

What were all the jobs or projects you worked on while you were at Stanford’s Hoover Institution?

In 1977, as the public affairs’ coordinator at the Hoover Institution, I inaugurated the “op ed” program. These are short “think” pieces printed by newspapers “opposite” the “editorial” page or “op ed” for short. Scholars primarily want to write articles for academic journals so they can get credit toward their research achievements. Sharing thoughts with the general public was not a high priority for them. However, at the time Milton Friedman was writing a weekly article for a very popular magazine, Newsweek, so I used his examples to encourage scholars to share their research with the general public.

This program was so successful that today there are many short articles published every day in the national and local press. Of course, with the internet revolution, there are also publications by many scholars in electronic “blogs.” The nation is all the richer because of this wider circulation of academic talent on all sorts of public issues.

It is a generally accepted fact that professors in institutions of higher learning are much more liberal than the general public. It has also been proven that the more elite the university, the more liberal is the faculty especially in the social science departments.

We found this out in the late 1980s when the faculty revolted against the board of trustees’ decision to invite Ronald Reagan to locate his presidential library at Stanford University. The revolt began when a group of Faculty Senate leaders wrote a letter outlining their protest. From open public voting registrations, I found that all of the authors were of the Democrat persuasion and one was an “independent.” This was clearly a “partisan” objection to having a conservative and Republican president on the Stanford campus.

Later, when professors from the English and political science department joined in the protest, my wife and I did research that showed between 80 and 100 percent of faculty in the social science departments were registered with the Democrat Party. The result of my survey showed that the liberal faculty at Stanford was very illiberal toward allowing the expression of contrary views on the academic grounds of Stanford. So much for “freedom of speech.”

What scholars did you get to know well as colleagues at Hoover? What was your relationship with them? Why do you think the research and work that is being done at Hoover is important?

After winning the Nobel Prize in Economics in the mid-1970s, Milton Friedman moved his research base from Chicago University to the Hoover Institution at Stanford University in California. He did more than anyone else to educate the public on the merits of economic research. His work in the production of the TV series “Free to Choose” which was aired on public television made known the dangers of expansion of government power. He did much to propagate the views of Frederic Hayek, “The more you rely on government to do things for you, the more power that government has to do things to you in the future that you may regret.” He was an advisor to many government leaders but also took the time to educate undergraduates on the merits of economic research. Through my interactions with him, I like to think that I earned at least a very informal masters’ degree in economics.

I very much enjoyed getting to know Edward Teller, the nuclear physicist who didn’t like being called the “father” of the a-bomb because he had real children.  He was a strong advocate for the advantages of nuclear power generation.  He also strongly advocated the advantages of anti-ballistic missile defense.

I especially enjoyed the relationship with economist Senior Fellow Thomas Sowell who was once next door to me at the Hoover Institution at Stanford University.  I enjoyed many of his books, but especially “Knowledge and Decisions,” and particularly that section that talked about how individuals faced with the same facts can come to entirely different conclusions.