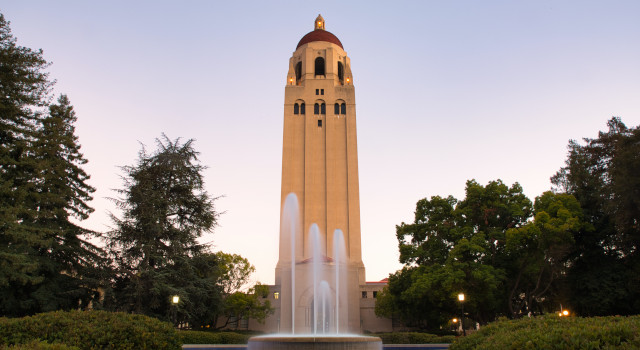 This letter to the editor from George Marotta was published in The Stanford Daily on June 24, 1988. We republish it here over 30 years later when partisanship in America seems to have only increased.

I have been frustrated over the past decade trying to explain to people that my institution is not “conservative.” We just look conservative because we are part of a very liberal University.

I refer to the Hoover Institution at Stanford University. A few liberal Stanford professors, who I described as “illiberal,” claim we are “partisan” and therefore do not belong on a college campus. For the third time in five years, two Stanford professors have circulated a petition against us. They say we are hurting Stanford’s “non-partisan” image.

They do not like the fact that scholars from Hoover have advised and served the Republican Reagan administration. But there is nothing wrong with that. I recall that John F. Kennedy received massive academic advice from Harvard in the 60’s, as does Dukakis today.

Fifty-seven Stanford professors signed the current petition. They want to bring the semi-independent Hoover institution under their control. Failing that, they would like to divorce us from the University. It is interesting to note that of the 57 professors who signed the petition to protect Stanford’s nonpartisan image, 94 percent are registered Democratic, 2 percent Republican, and 4 percent independent.

Politics also played a major role in the recent controversy involving the change in the required Western civilization course. I surveyed the party registration of a large number of professors who pushed for the change in Western “civ” and found that all are Democrats except one. In another group of professors who I thought were “middle of the road” because they wanted a less radical solution, again they were all Democrats except one.

There seems to be a pattern developing here that proves that it is not Hoover that is hurting Stanford’s non-liberal image, but rather the massive liberal tilt of the faculty and administration. If Stanford wants to preserve its non-partisan image, it should stop the harassment of the Hoover Institution. Maybe (tongue-in-cheek) Stanford should inaugurate an affirmative action program to hire some Republican professors.

Politics in academe can get very vicious. For many years extreme salary discrimination has been practiced by the University against Hoover director W. Glenn Campbell, as well as several attempts to “retire” him early. Sensing that the Hoover director was being unfairly harassed, the Hoover fellows signed a letter in January unanimously supporting his continued services.

We were shocked therefore when the Board of Trustees announced recently that 64-year-old Campbell was “retiring” next year and the search for his successor would begin immediately. What was even more shocking was to learn that at the same May 10 Trustee’s meeting where they showed Campbell the door, they welcomed back to Stanford an older 64-year-old, former Stanford president, Richard Lyman, for a five-year term to head up a new international institute on campus.

Campbell’s major fault is that he is “controversial.” What they mean by that is that he had refused to hand over the keys of the Institution to the liberal faculty. But we never expected the Stanford Board of Trustees to practice intolerance against our director in the form of age discrimination.

Former Harvard Prof. Henry Kissinger once remarked that campus politics are vicious because the stakes are low. I can confirm the vicious part, but the stakes are not low. Academic freedom is at stake. A campus such as Stanford should tolerate (and welcome) all points of view.

Photo of Hoover Tower by Ian Mackey on Unsplash