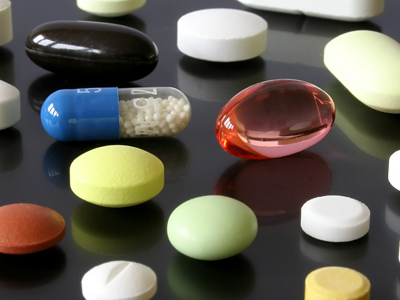 I reserve that at least 15% isn’t libertarian because when most people hear the term libertarian they immediately want to talk about legalizing heroin, removing certification for doctors and abolishing all public roads. I lean Libertarians because I think we should legalize transfats and exhaling, remove certification for cutting hair, and abolish public subsidies for farms not to grow food. Libertarians are automatically seen as fringe when what should be seen as fringe is much of today’s bloated government.

These thoughts struck me recently when someone said that Ron Paul was unelectable because “he held insane positions such as wanting to do away with the FDA” (Federal Drug Administration). Ron Paul maintains that the FDA regulations do as much harm as good. Please remember that at least on this issue, Ron Paul actually knows more than the average citizen since he is a medical doctor (OB/GYN).

Perhaps I am more fortunate that some. I first heard the idea that the FDA might do more harm than good when I was in high school from scholars at Stanford’s Hoover Institution. They are still publishing analysis which is critical of the FDA. I find much of it compelling. It seems neither crack pot nor on the fringe.

Ron Paul claims that the FDA does more harm than good. It is corrupted by special interest groups. You can listen to some of the debate from Ron Paul or read about specific issue where the FDA does harm about milk or FDA censorship.

Also, the FDA has a great incentive to delay a drug’s use in the United States. Additionally, it costs about $1 billion to get a new drug through the approval process. Only 21 were approved in 2010. This number has been dropping from 45 back in 1996. The process that produces these delays and increases the costs of medical innovation are behind some of the criticism of the FDA.

The milk issue is the one that really got me thinking. Ron Paul is in favor of making it legal to sell raw milk. It would seem from the legislation as though drinking raw milk is a heinous and potentially deadly crime that needs to be outlawed. Others call it “organic” and say that for at least some it is an important and natural part of their diet. Personally, I do not drink raw milk, but for those who want to drink raw milk, understand the risks and benefits and have the raw milk facts, I think they should have the right. Why make it illegal?

Reevaluating our presuppositions is never easy, especially not in politics where assumptions are worn like a second skin. I’m not suggesting that Ron Paul is the best candidate for President, but he should not be dismissed out of hand simply because he suspects the FDA does as much harm as good. On that point (and many others I’ve heard him make) he is probably right.