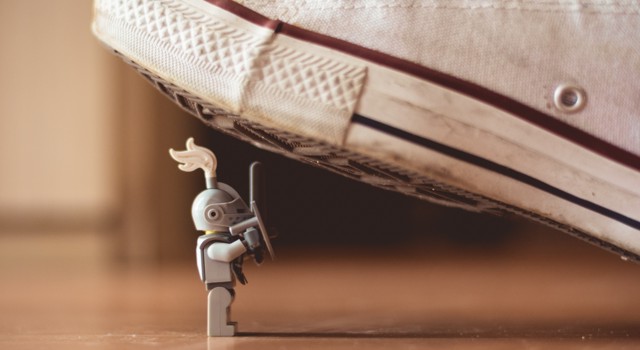 People like to dream about having an “independent regulatory agency” that solves the problems in a given sector of the economy. In reality, the agencies create new problems and are rarely independent from the industry they are intended to regulate. It is commonplace for special interest groups to use lobbyists to gain control of their own industry’s regulation. This failure where interests group seizes control of a governmental power is called “regulatory capture.”

This has happened in the financial sector. As the Project on Government Oversight reported in 2013 , “A revolving door blurs the lines between one of the nation’s most important regulatory agencies and the interests it regulates. Former employees of the Securities and Exchange Commission (SEC) routinely help corporations try to influence SEC rulemaking, counter the agency’s investigations of suspected wrongdoing, soften the blow of SEC enforcement actions, block shareholder proposals, and win exemptions from federal law.”

This also happened with the food regulation, where the sway factory-farmed lobbyists exert over regulatory agencies have corrupted the definitions of grass-fed, free range, organic, and more to the detriment of the public. And the healthcare industry is riddled with regulation that favors medical suppliers over doctors and doctors over patients.

Regulatory capture is a net loss for society as a whole. It is worse than having no regulation at all. The lobbyists take an agency intended to protect the interest of the public and instead use the power of that agency to squash their competition and dominate the industry. Often, these economic giants are the very companies the regulation was intended to place a check on.

Regulatory capture normally occurs when the public has a small stake in or little understanding of the issues. As a result, we set up the agency and then ignore it, leaving it vulnerable to groups who have a large stake to take it over. There is no easy fix to this. Those who work in the industry will always better know how to manipulate the regulation than the central planners trying to regulate them.

Most regulation gets captured at some point though. Businesses have an incentive to control anything that would otherwise have power over them, from governmental powers to the media to academia. The idea that businesses capture more than just regulatory powers is called “deep capture.”

It is as Woodrow Wilson said while in office as the 28th President of the United States in his speech “The New Freedom”:

Suppose you go to Washington and try to get at your government. You will always find that while you are politely listened to, the men really consulted are the men who have the biggest stake,—the big bankers, the big manufacturers, the big masters of commerce, the heads of railroad corporations and of steamship corporations. I have no objection to these men being consulted, because they also, though they do not themselves seem to admit it, are part of the people of the United States. But I do very seriously object to these gentlemen being chiefly consulted, and particularly to their being exclusively consulted, for, if the government of the United States is to do the right thing by the people of the United States, it has got to do it directly and not through the intermediation of these gentlemen. Every time it has come to a critical question these gentlemen have been yielded to, and their demands have been treated as the demands that should be followed as a matter of course.

The government of the United States at present is a foster-child of the special interests. It is not allowed to have a will of its own. It is told at every move: “Don’t do that; you will interfere with our prosperity.” And when we ask, “Where is our prosperity lodged?” a certain group of gentlemen say, “With us.”

On Tuesday, May 8, 2018, David John Marotta appeared on Radio 1070 WINA’s Schilling Show to discuss regulatory capture, why regulation does more harm than good, and what we could do about it.

Some highlights from the show:

Photo by James Pond on Unsplash