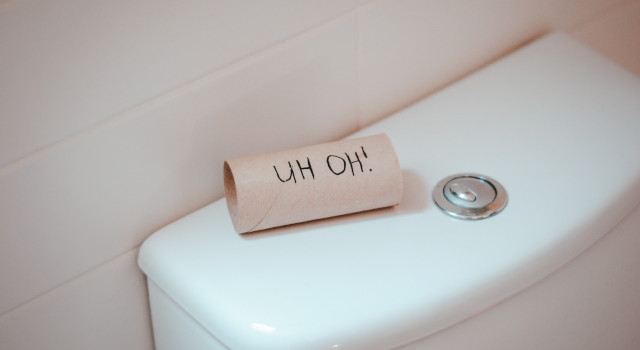 On Tuesday, May 12, 2020, David John Marotta appeared on Radio 1070 WINA’s Schilling Show with Rob Schilling to discuss government regulations which made it more difficult for the free markets to cope with COVID-19.

At the beginning of the show Rob sets up the show with this article on anti-gouging laws, which reads in part:

Attorney General Herring’s complaint alleges that, during the period from March 20, 2020 to March 25, 2020, Joule Wellness Pharmacy charged $22 per bottle for 16-oz bottles of rubbing alcohol, a price level that greatly exceeded the price level at which the same or similar products were offered for sale in the business’s trade area during the 10-day period before the state of emergency was declared. Joule Wellness Pharmacy allegedly purchased the bottles of rubbing alcohol from its supplier for $12.75, and Attorney General Herring contended that this cost did not justify the price levels charged by the business. A violation of Virginia’s price gouging law is also a violation of the Virginia Consumer Protection Act.

At 1:26, David Marotta presents the example of toilet paper.

You can listen here:

Take something as simple as the toilet paper shortage experienced during the pandemic. The shortage is alternately blamed on either kinks in the supply chain or hoarding. The message is, “If you want to get angry with someone, don’t get angry with us. The reason you can’t buy toilet paper is because fellow citizens are hoarding it. If everyone would just do their civic duty and buy just enough toilet paper everything would be fine.”

But there is another explanation.

The at-home use is considered a consumer product. These products are often softer and brighter with nearly 60% coming from virgin material .

The away-from-home product is known as Commercial & Industrial Tissue. These tissues are produced in large sizes with dispensers designed for high volume use . Converting production from one form of toilet paper to another form of toilet paper isn’t even as simple as changing the processes you go through. Changes require government approvals which can take months to accomplish.

Estimates suggest that when everyone in America began working from home the demand for home-use toilet paper immediately jumped 40% higher.

Experts say empty store shelves also are caused by a fundamental shift in demand for a certain kind of toilet paper for use at home, as well as kinks in the supply chain between factories and stores. …

Repurposing Commercial & Industrial Tissue for home use is nearly impossible. It isn’t regulated for home use. And going through all the regulatory changes may or may not be worth the expense, time, and effort if the pandemic is relatively short-lived.

A story out of NC State University on May 19, 2020 which primarily blames hoarding contains these telling paragraphs:

Another reason for the sudden increase in demand is that people actually do need more toilet paper during the pandemic. The hygiene paper industry is divided into two markets: consumer (the kind of toilet paper you use at home) and commercial (bulky rolls of thin paper that you find in public restrooms, offices, restaurants and hospitals).

Data from Georgia-Pacific, maker of the Angel Soft and Quilted Northern brands, shows that the average American household — 2.6 people — uses about 409 rolls of toilet paper a year. The company estimates that people will use about 40% more toilet paper than usual if they spend all their time at home during the pandemic.

Shortages were created because the type of toilet paper needed (home-use toilet paper) was not readily available in the new required quantities. You can call that a glitch in the supply chain and you would not be wrong, but that is a very poor description of what is a much larger issue.

When we need to quickly adjust, the free market stands ready to adjust while government regulations take months or years to change.

Articles suggesting that we blame our fellow man for hoarding toilet paper are misguided. Or as this article suggests:

If there’s any good news, it’s that we can stop blaming these shortages on the alleged idiocy of our fellow consumers. “I’m absolutely convinced that very little was triggered by hoarding,” Luke said. Even a modest, reasonable amount of stocking up by millions of people in preparation for stay-at-home orders would have been enough to deplete many store shelves.

The inability of manufacturers to easily change their manufacturing from commercial regulations to consumer regulations helped cause the shortage.

One article in Food Business News on April 15, 2020 quoted a miller as saying:

Again, one of the reasons for the pasta shortage was because there is a difference between pasta sold to consumers and pasta sold in bulk to the service industry.

In this fascinating article about the bucatini shortage of 2020 , Rachel Handler describes De Cecco pasta being banned on March 30, 2020 on account of having only 10.9 mg/lb of iron when the FDA standards for enriched macaroni require 13 mg/lb . One of her legal sources explains:

“FDA is quite slow to take action involving standards violations. I’m speculating that a competitor put some heavy pressure on FDA,” he said. “It’s not the only way this happens, but for the FDA to put any resources into this, it would have to be somebody who really cared with some clout. Maybe a competitor who brought in a member of Congress to pressure the agency.”

De Cecco’s crime is that they called the product enriched pasta when it did not satisfy the FDA’s definition of pasta on account of being 2.1 mg/lb shy of iron.

Never mind that De Cecco has lots of other certifications and that it is perfectly safe to eat. Never mind that it is presumptuous for the American FDA to tell a major Italian pasta maker that they don’t know what the formula for pasta is. At the height of the pasta shortage, the government stopped De Cecco from importing any additional pasta and banned the product from the United States.

In the meantime, De Cecco pasta is still available from Canada.

When it comes to COVID testing, we are at the mercy of healthcare providers. This is by government design. They did not want widespread COVID testing to be done by amateurs. From the CDC’s website :

To help mitigate the impact of false results, all COVID-19 tests authorized to date are prescription-only, so that clinicians can interpret results for patients.

In other words, you might get false positive or false negatives, and we wouldn’t want to trust you to be able to do the test properly.

During the Pandemic, we have all heard of people who have been exposed to COVID, isolated themselves, and then had repeated negative tests only to come down with COVID and finally test positive after experiencing symptoms. These stories are fairly widespread and indicate to me that there was a problem with the testing. We are told that no test is 100% accurate, and we accept that as the explanation for why so many tests are wrong.

On August 8, 2020, Steven Levy interviewed Bill Gates on Covid. In that interview , Gates was asked.

But people aren’t getting their tests back quickly enough.

Well, that’s just stupidity. The majority of all US tests are completely garbage, wasted. If you don’t care how late the date is and you reimburse at the same level, of course they’re going to take every customer. Because they are making ridiculous money, and it’s mostly rich people that are getting access to that. You have to have the reimbursement system pay a little bit extra for 24 hours, pay the normal fee for 48 hours, and pay nothing [if it isn’t done by then]. And they will fix it overnight.

Why don’t we just do that?

Because the federal government sets that reimbursement system. When we tell them to change it they say, “As far as we can tell, we’re just doing a great job, it’s amazing!” Here we are, this is August. We are the only country in the world where we waste the most money on tests. Fix the reimbursement. Set up the CDC website. But I have been on that kick, and people are tired of listening to me.

Perhaps you are tired of hearing from Bill Gates, or perhaps this is the first you are hearing about it.

Because of federal government reimbursements, government tests are wasted time, resources, and money. Unfortunately, the government won’t allow you to do your own test. It doesn’t trust you to be accurate.

We hears that the government’s accuracy was perhaps 70% . Only recently has the accuracy of tests been challenged as some test’s accuracy seems to have dropped to 41% . That’s not much better than a spin of the wheel.

We should stop before we say, “There ought to be a law,” or “Someone should do something.” Regulations do not protect you.