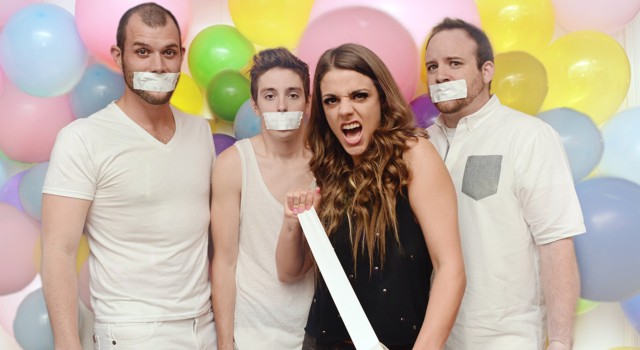 Advocates of small government are justifiably angry. And their anger is creating a new and genuine political activism. These citizens are deeply frustrated, and they don’t know where to channel their dissatisfaction.

Liberals aren’t very understanding or empathetic. They brand all conservatives as mean or stupid. They discount the sincerity. They say conservatives don’t represent the real America.

So our American family is more polarized than ever. But we are still a family. Siblings can drive us crazy. They tap repeatedly on the annoy button. Their rhetoric runs hyperbolic. But for many people, it has gotten to the point that everything is maddening.

Our only civil war was inevitable, as Shelby Foote said in Ken Burns’s Ken Burns’s classic film, because we failed to do what we Americans do best: compromise. “We like to think of ourselves as uncompromising people,” he said, “but our genius is for compromise, and when that broke down, we started killing each other.”

Let’s be grateful that we are still just yelling at each other. Or perhaps yelling past each other. The two very different views take the opposite sides of nearly everything debatable. If you are quick to assume the other side is ignorant or selfish, you will never understand enough to make peace. You are part of the problem.

Power breeds condescension and arrogance. Whether it is justified because “Elections have consequences” or a simple “We won,” there has been a rush to ignore the 47% who didn’t support the liberal view. Both parties tend to whine about bipartisanship when they aren’t in power and then completely ignore it when they are. With one party holding a super majority, every pretense of being bipartisan has been dropped. But we can’t afford four years of writing blank checks.

Compromise is not capitulation. It need not be more costly than either alternative. Every act of the free market is a compromise. Public policy ought to wait for a consensus. We must understand the two views well enough to safeguard the fundamentals of both.

Cognitive psychologist Steven Pinker labels the conservative view the “Tragic Vision” and the liberal view the “Utopian Vision.” In his book The Blank Slate he describes these two perspectives in a very balanced and evenhanded way.

Pinker comments that the “sciences of human nature really do vindicate some version of the Tragic Vision and undermine the Utopian outlook.” Studies also suggest that those who share the Tragic Vision understand the Utopians better than the reverse. Liberal ignorance, especially of economics, is a leading cause of political unrest.

Although I acknowledge the dangers of political simplification and my own lack of neutrality, I believe the current anger stems from an overreaching on the part of Utopian liberals. Those who are irate can’t believe the speed with which liberals have run roughshod over the family and the family’s finances.

Most disturbing is the use of economic spoils to win democratic majorities.

Half the people in America don’t pay any taxes. All the compassionate empathy and good intentions count for nothing when you are being generous with other people’s money. Any good that government does is the result of the rich who actually pay, not the liberals who vote for it. It is like telling Dad you will mow the lawn and then threatening to beat up your brother unless he does the job. Later, as if to add insult to injury, you boast to Dad that you got the job done and your brother didn’t want to help.

Liberals often quote Oliver Wendell Holmes Jr., who said, “Taxes are the price we pay for civilization.” If that is true, they demonize the very people who make civilization possible. The other half are political Vikings who pay their taxes by raiding and pillaging the productive.

Even though 50% of Americans pay some taxes, the top 2.5% who make more than $250,000 pay half the total tax revenues. This hardworking minority are mostly small business owners to whom we are indebted for nearly all of America’s economic and job growth. Rather than receiving our recognition and gratitude, however, this group has been vilified as though their productivity is somehow shameful. Entrepreneurs are saddled with the highest marginal rate of taxes, and every new program pushes their rates higher.

You can understand the top marginal tax rate by this simple metaphor: Government spending burns and pillages half of every new field that an entrepreneur plants. People are weary of planting fruits that others eat and building villages that others raid. They are angry because every citizen’s first responsibility is to take care of himself or herself and not burden the rest of society. Although they are charitable, they know it isn’t charity when strangers claim an entitlement, seize it by force and then resent it.

My grandmother Florence and her brother Frank used to get a nickel for candy for the week. She would spend a penny and save the rest for later. Frank would spend his entire nickel the first day. At the end of the week when Florence still had some money, her mother would make her share her candy with her brother. Florence didn’t see why she was obligated to share with her brother just because he was broke as a result of his own actions. My sympathies are with my grandmother.

Similarly, every policy this year rewards irresponsibility and punishes prudence. We have allowed government, which should be the referee who keeps the game fair, to influence the game or even compete on the field. And at the same time, Congress is writing rules that specifically favor the economic success of the government and its allies. So what should be orderly markets degenerates into a train wreck.

The Community Reinvestment Act forces banks to make risky loans while Fannie Mae and Freddy Mac collect 80% of all the country’s loans because of their favored status as a pseudo-governmental agency. The government takes over irresponsible financial institutions and then floods them with liquidity so they can maintain their market dominance. The government seizes all the equity in GM and then provides cash incentives to boost their business. It’s no wonder that people are worried about the government underwriting health insurance.

The Utopian Vision has left a trail of disappointment and broken promises. Failed government programs with bloated wasteful budgets litter the political landscape. Despite enjoying every political advantage, they still fail miserably. Given the cost of Social Security, every senior should retire as a millionaire. Medicare/Medicaid and the Veterans Administration are among the poorest run of the country’s health-care options.

Conservatives are just as empathic and compassionate as liberals. In fact, although liberal families earn 6% more, conservative-headed households give 30% more to charity. Conservatives have many of the same ideals, but they have a different view of human nature. As Pinker puts it, they believe “humans are inherently limited in knowledge, wisdom, and virtue, and all social arrangements must acknowledge those limits.” Only when those limitations are respected can programs go beyond mere good intentions and actually produce beneficial results.

Liberals need to heed the Tragic Vision if they actually want to implement fiscally responsible and economically viable ways to improve people’s lives. I’ve tried to refrain from adding to the rhetoric without softening the critique. In your replies, respect these grievances the way you would a family member.

It may seem counterintuitive, but the government that governs best, governs least. The most fiscally responsible periods in recent history occurred when the two political parties split the executive and legislative branches. Ronald Reagan with a Democratic Congress broke the back of inflation and reduced the top marginal tax rate from 70% to 28% in seven years. This limited government produced the economic boom of the 1980s.

Part of the cost was congressional deficit spending that raised the national debt from $700 billion to $3 trillion. But even after adjusting for inflation or viewed as a percentage of gross domestic product, this amount is paltry compared with our current deficit spending.

The second period of fiscal responsibility was Bill Clinton’s presidency with a Republican Congress. This combination held back on spending increases and actually began to run a surplus and pay down the deficit. America’s system of checks and balances was based on the Tragic Vision of human nature. The rush to get it done, unfortunately, is a Utopian failing.

Next week to continue the spirit of compromise, I will lay out a plan for what type of health-care reform might actually satisfy the core values of the two competing visions.

Photo by Meghan Duthu on Unsplash