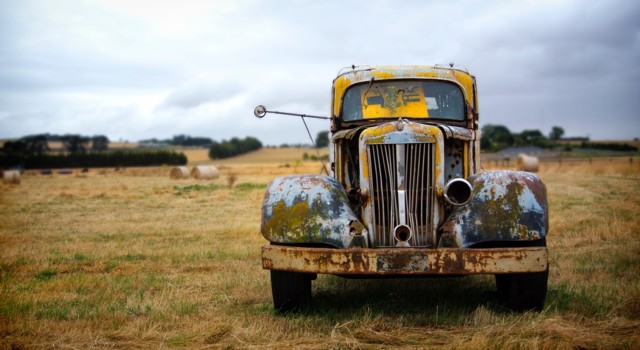 Ten days ago President Obama signed an additional $2 billion into law, tripling the original expense of the “cash for clunkers” program. The president describes the program as a “proven success” because it is stimulating the economy and will reduce carbon emissions. You should examine such economic claims carefully regardless of your politics.

Most of our public officials evidently are willing to opt for the expedient solution, slapping a Band-Aid over a fracture and calling it healed. Unfortunately for the American people, these same politicians do not understand they are responsible not only to their present constituents but to future generations.

Henry Hazlitt’s classic book “Economics in One Lesson” should be required reading. Politicians, especially those too busy to read the legislation they are voting on, could take Hazlitt’s thesis to heart. He writes, “The whole of economics can be reduced to a single lesson, and that lesson can be reduced to a single sentence. The art of economics consists in looking not merely at the immediate but the longer effects of any act or policy; it consists in tracing the consequences of that policy not merely for one group but for all groups.”

To evaluate the long-term effects of the cash for clunkers program, consider the real-world example of Jerry and Janny. They have two children and are expecting a third. The couple owns a Ford Expedition with 144,000 miles that gets 14 miles to the gallon (mpg). They’ve been interested in getting a replacement and are taking advantage of the cash for clunkers program to subsidize it.

Thus the government handout is merely accelerating Jerry and Janny’s plans to purchase a new car. But this small acceleration in new car spending won’t last. Compare it to the energy levels of a college student who drinks caffeinated beverages all night cramming for an exam. The immediate stimulus is followed by the inevitable slump.

Neither is the cash for clunkers initiative truly green. The Ford Expedition still has value as a used vehicle. It may not be shiny new, but it could continue to serve Jerry and Janny or another family for several more years. Instead, the regulations require it to be completely stripped and destroyed within 180 days. To measure the true carbon offset from this program, you would need to compare the increased gas efficiency of a new vehicle against the energy it takes to scrap old cars and build new ones.

Jerry and Janny’s car is usually full of kids. So the small hybrid vehicles that Obama touts when praising this program are too small for them. They are deciding between the GMC Acadia and the Saturn Outlook, which both average 19 mpg. They could probably help the environment more by just inflating their tires.

As a result of this misguided program, the price for used cars will increase both unnecessarily and artificially. Many cars worth less than the offered bailout will be traded in to be scrapped. Charities will receive fewer automobiles as donations. And people who are struggling financially won’t be able to find a clunker that costs less than $4,500. The program seems to encourage new car ownership at the expense of the used car market. The rationale behind it is neither economically nor environmentally sound.

When considering the entire carbon footprint of this program, you will find that continuing to drive your current used car for as long as possible is one of the most green-friendly things you can do.

On one hand, the price of scrap metal may go down, and the price of used parts may go up. On the other, scrap yards may ignore the rules and salvage usable parts anyway. The more useless and wasteful the government rules, the more people learn to break them. Maybe that’s why the Soviet Union developed such a large black market and the country today has such thuggery and disregard for the rule of law. A loophole exists when the government hasn’t tied you down enough to remove your free will completely. A black market is simply the result when the government tries to remove all the loopholes.

A country can’t prosper destroying perfectly good used cars. At the end of the day we still have increased taxpayer spending to pay for destroying a perfectly good car. Hazlitt describes the fallacy behind thinking that when a hoodlum breaks a baker’s window it will stimulate the economy. The glazier may make a simple argument in favor of broken windows, but he overlooks the secondary consequences.

Bad economics is easier to present in a sound bite, but that doesn’t mean we should heed the glazier. We must be willing to think holistically or else the hoodlums and glaziers will win and the breaking glass will continue. Only in this case, the government is the hoodlum and the automobile unions are the glaziers.

Consider who gains from the cash for clunkers program. Follow the money. General Motors (GM) makes both of Jerry and Janny’s prospective cars. The three largest stakeholders in GM are the U.S. Treasury (61%), the United Auto Workers Union (18%) and the Canadian government (12%).

Any earnings that cash for clunkers generates for GM will not create additional profit and growth for the American people. It will be recycled back into government and union coffers. But like all government programs, it is an inefficient method of graft. Foreign automakers will benefit from many of the stimulated new car sales. Essentially, our taxpayers are also subsidizing the economies of Japan and South Korea.

The government chose the auto industry as deserving of such a redistribution of resources because it essentially belongs to them now, and it is failing. The cash for clunkers program surreptitiously serves to benefit their supporters to the detriment of others.

So should Jerry and Janny not purchase the car they want for a $4,500 discount? Of course not. If their children will have to pay the interest on the money we are borrowing from China and Japan to pay for this program, they can at least receive some of the inefficient benefit.

The great illusion of success in the cash for clunkers program comes from its visibility. You will inevitably know someone who appears to have benefited from the program, and it our elected officials will cite it as a reason for their reelection. Vote the bums out! Good economics requires us to consider what this $3 billion could have accomplished if we had never removed it from the wallets of American citizens or mortgaged against our children’s future. Some people could have started a business or hired more employees. Some might have been able to buy a clunker for $3,400 and then been able to travel to a better job across town. Some might have paid off their mortgage or just paid down some of their debts. However they would have spent it, it would have been better spent.

Photo by Jamie Mink on Unsplash