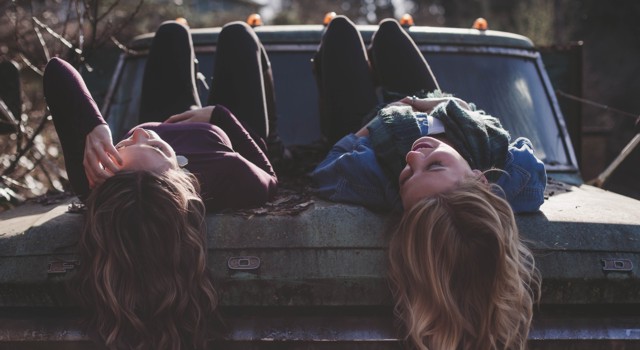 Many Americans think centralized planning could fix U.S. health care. They believe industry greed and profits are at the root of the problems. And they believe that altruistic commonsense reforms would result in lower costs, better management, less waste and universal coverage. They are dangerously wrong.

Imagine you are appointed the czar of a nationalized health-care plan and given absolute authority. You, being you, are idealistic and unselfish. Your only goal is to solve this political conundrum and have history laud you as a great servant of the people. Instead, you are doomed to be remembered as one of the worst of America’s leaders.

Simply by taking on the job you are accepting responsibility for 17% of the country’s gross domestic product. You must make decisions for the widely divergent ideals and values of every person living in the United States.

One of your first edicts might be to make health insurance mandatory. But a mandate forces your subjects to buy a specific set of services they may not want. It requires them to do so by law with full penalties for not complying.

Those conscripted to buy health-care insurance will do so but with great resentment. Nearly all of them will pay more than the benefit they receive. They will be poorer for having submitted. That’s how insurance works.

Additionally, compliance won’t be 100%. The more comprehensive the coverage you demand, the greater incentive you give to insubordination. Many will revolt. They will avoid agencies that might ask to see their papers. You will need to punish some harshly or the insurrection will spread. You jail a few rebels for health insurance evasion to deter resistance.

Inconceivably, some low-income families won’t register for coverage even though it’s free. They won’t or can’t fill out the required paperwork. Other renegades will evade notice until they have a serious illness. When they are caught needing coverage, you will have to decide if you will show mercy.

The inconsistency of harshly punishing those who refused coverage they did not need and then coddling those who presume the state’s leniency will provoke a cynical rallying cry against your regime.

Nicholas the Bloody is off to a bad start, and you haven’t even defined what insurance meets your mandate. A token million-dollar deductible is the lightest burden of tribute but hardly worth levying. Your palace will be surrounded by torches and pitchforks, each allied with a different disease or treatment. The rallying cries will be deafening. Sycophants will mob you.

Those who suffer from a disease are obvious poster children. But specialists too will seek to affirm their disciplines. Manufacturers will sell testing equipment. Pharmaceutical companies will prescribe regimens. Being included will be worth millions. Court intrigue and petty politics will surround each decision from the throne.

You will have to determine whether the peasants suffering with mental illness or substance abuse are most worthy of care. And once you ascertain your priorities, you cannot permit any exceptions. Essential resources cannot be diverted. Those whose illness isn’t included will simply have to pay into the system for others to benefit.

Advocates of abortion, nutritional counseling, dentistry, orthodontics, chiropractic, psychotherapy, the manufacturer of Viagra–each is asking for your blessing.

Tens of thousands can be served for only pennies a day. And as your dynasty tries to insure all of public life, the realm of your control spreads to all aspects of life. The serfs lose their freedom to support the rising prices. Discontent spreads.

But as health czar you are all-powerful and will not tolerate skyrocketing prices. So you order price controls. Instead of psychotherapists being free to charge $150 per hour, for example, you cap their pay at $69. But short of coercion, how will you maintain such an ironclad grip on prices?

You could make people pay out of pocket for costs over $69. But if such stingy reimbursement solved the problem, why not simply set it at $29? Limiting reimbursement only means you have failed to provide sufficient coverage. You can’t let coverage escape to the highest bidder. Therefore you must make it illegal to pay more than the reimbursement rate of $69 an hour.

Of course, sovereigns can no more change supply and demand than they can alter gravity. Demand at $150 an hour kept every counselor employed. When you cap their pay, two things happen. First, more patients are willing to pay $69 than $150 an hour, especially when the $69 is fully covered by their insurance. Demand soars.

Second, fewer people than before are willing to work as a counselor at $69 an hour. So the supply of effective therapists dwindles sharply. Fewer professionals are trying to service more patients. You institute rationing. You decide who gets counseling and who does not. Some are denied even if they are willing to pay 10 times the insurance reimbursement. Your draconian authoritarianism is seen as evil, heartless tyranny.

Fortunately, economic gravity meets you halfway. The free market also works to determine the quality of service affordable at $69 an hour. Green cards are given to foreign-born counselors. Video links provide counselor-in-a-box services in India to handle the demand at a reduced quality and cost. A black market develops in cash for counseling.

Although you can’t control the black market, you do have complete control over the costs of coverage. The insurance companies can only charge more for insurance on the elderly if you allow it. You will have to decide if you will authorize actuarial underwriting. If you permit health-care insurance to be sold based on the actual cost for a demographic group, what criteria will you use?

Once again the AARP and other lobbies whose support props up your regime will be subsidized, this time at the expense of overcharging the young and healthy who have less discretionary income.

After the criterion of age, will you charge more for those who are promiscuous? Smokers? Obese? Addicted to drugs? In their childbearing years?

To whatever extent you don’t allow actuarial underwriting, the market will self-select, endangering some insurance companies or coverage. Forcing insurance companies to underwrite everyone in a geographic region at the same price punishes those with healthy lifestyles. This technique of requiring level premiums within a given geographic area causes a host of side effects, especially in the case where physically moving their residence could save a young healthy family thousands of dollars.

My series on the economics of health care has garnered some very negative responses. Simply allowing people as much free choice as possible is characterized as evil. Moral outrage has justified despotic edicts masquerading as good intentions. Such divine anointing has no place in a free America.

“Of all tyrannies a tyranny sincerely exercised for the good of its victim may be the most oppressive,” wrote C.S. Lewis. “Those who torment us for our own good will torment us without end for they do so with the approval of their own conscience.”

Only with free-market capitalism do individuals have the liberty to manage their own affairs free from the barricades and threats of the state. No decision is forced. In contrast, every law regarding health care that Congress passes will cordon off possible exchanges of value that would benefit both parties. Good intentions may delude you to equate collectivism with ethical outcomes. But sometimes simply wielding centralized power and forcing people against their desires is in itself immoral. We don’t need a repressive health-care regime in America. We need to govern less.

Photo by Greg Raines on Unsplash