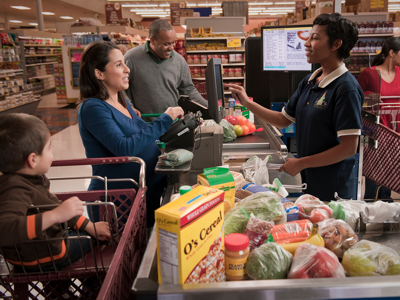 In Part 1, we discussed the shortcomings of Michael Norton and Dan Ariely’s study featured in the popular video “Wealth Inequality in America.” In Part 2, we explored how difficult it is to define “those in need” or “the poor.” We reported Tanner and Hugh’s findings that the average annual welfare benefits in Virginia are $30,547 per year tax free, more than each of us made at our first jobs. It seems like $30,000 should be sufficient, but there is a trap to poverty.

The video “Wealth Inequality in America” oversimplifies the issue by blaming those with wealth for the poverty of others. The filmmakers fail to see the bigger picture. They report that “the bottom 40% barely has any of the wealth” and imply this situation is caused by the remaining 60%. We suggest the two are unrelated.

The video hides the true facts of human lives by looking at an abstract static snapshot of statistics. Helping the poor build real wealth can be accomplished without redistribution capping society’s wealth creation as a whole. Before we can solve the problem, however, we must understand two major reasons why people are trapped in poverty.

First, saving is the way to achieve a high net worth, but our fiat currency makes it very difficult to save. Government-fueled inflation has made it impossible for average Americans to build wealth using ordinary savings accounts.

Even if the poor manage to save money in the bank, inflation robs them of the reward. Only stock investments are able to appreciate faster than the devaluation of our currency.

Individuals who only save in a standard bank account will see their purchasing power decrease by at least 4.1% per year.

However, if the poor did put money into stock investments, they could steadily build significant wealth. From a financial planning perspective, a practice of saving is precisely what the poor need. But in government entitlement programs, those savings hurt the poor much more than they help.

Stuart Butler of the Heritage Foundation said, “Saving that money, rather than throwing it away on Powerball, means a family could accumulate almost $90,000 over a working life. . . . Saving has been replaced, unfortunately, by the culture of the lottery ticket. . . . There are now more payday lenders than McDonald’s franchises in four of our five most populous states.”

Temporary Assistance for Needy Families (TANF) is the only cash benefit, an average of $4,668 in Virginia. We normally recommend saving 15% of your income. However, if people on welfare applied this principle, they would have to save $4,582, essentially all of their cash benefit.

The costs of living not covered by all of the other noncash benefits are the nonsubsidized portion of housing and utilities as well as the expenses of clothing, transportation and other needs.

Since $7,398 (24.22%) of the annual welfare benefit can only be spent on food, it makes sense that individuals with food stamps would offer to pay for another person’s food to receive more cash.

If the $30,547 annual welfare benefits were in cash, recipients would be able to save a little. But because benefits are the equivalent of gift cards rather than cash, savings becomes more difficult, if not impossible.

At face value, it seems the solution would be to give cash benefits instead. If we overlook the current reasons our government decided against it–like trying to ensure the government isn’t subsidizing harmful substance abuse that perpetuates poverty–generously giving away large sums of money hasn’t worked historically to help people out of poverty either.

At the onset of a shameful time in American history known as the Trail of Tears, the Georgia state government accidentally tested the cash-gift theory of welfare. Between 1805 and 1832, Georgia took land from the Cherokee Nation and held seven free-to-play lotteries to auction off ownership of smaller parcels.

Centuries later, Hoyt Bleakley and Joseph Ferrie conducted a “50-year follow-up” study. They “tracked descendants of those eligible to win in Georgia’s Cherokee Land Lottery of 1832, which had nearly universal participation among adult white males,” and assessed whether the “close to the median level of wealth” financial windfall made a difference to the wealth, income and literacy of their descendants.

If one big random financial prize could better the lives of poor families for generations, then perhaps simple fundraising and support could solve poverty for good.

They concluded that the proposed “wealth-based ‘poverty trap’ for human capital,” meaning the theory that if the poor only had money they’d be able to collect the necessary skills to get a job, is unlikely. Evidently when many poor families were given money, that windfall didn’t change their decisions. Bleakley and Ferrie suggest that perhaps “patience, hard work, ingenuity, innovativeness, education” and other such attributes are the real key to the accumulation of human capital while large monetary gifts are not.

All of these dismal descriptions of the trap of poverty and statistical studies showing either the negative or inconsequential effects of welfare likely still have not convinced some people that a new system of assistance is necessary. In Part 4, we will explore the difference in mindsets between welfare reformers and those who seek to increase welfare and attempt to bridge the gap between the two.

Offical SNAP promotional photo from the Department of Agriculture