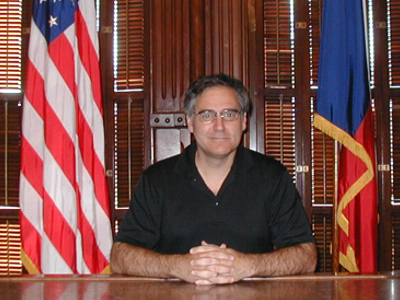 I hate election years. I suspect that many of you feel the same way. In fact I’m sure that half of you don’t like one candidate and the rest don’t like the other candidate. Many of you probably don’t like either of the choices.

During elections the political dialogue assumes that the well-being of your future is out of your control and in the hands of politicians. This is simply not true. You have the freedom to take control of your finances and your life.

To provide a forum for this alternative point of view and also to lighten up an otherwise difficult season to stomach, I am pleased to announce my own candidacy for president under the self-proclaimed Financial Freedom Party.

Our platform of living within your means and taking control of your own financial future will become apparent in subsequent months, but I would like to establish the ground rules for my campaign.

First, I am refusing any matching federal money, and I am suggesting that you should refuse to provide it. Please check “No” for contributing $3 toward the presidential public financing system on your tax return. I know that I have the backing of most Americans on this issue. The number of taxpayers checking “Yes” has fallen from a high of about 29% in 1980 down to about 5%.

This fund is used to match the first $250 contribution from individuals. In 2012, each major party is entitled to $18.2 million in public funds for their conventions, and an additional $91.2 million in public funds for their nominees. I can’t think of an easier way for individual taxpayers to trim $219 million from the federal deficit than by simply checking “No.” If you believe that putting $250 toward the presidential candidate of your choice is what will have the most impact on your future, then the Financial Freedom Party is not the party for you.

If you are tempted to contribute $250 to my candidacy, don’t. Contributing $250 every four years during your working years makes you more than $27,000 poorer when you start your retirement. Save and invest that money and increase your own nest egg by $27,000. Perhaps you will be able to afford to pay for your own health care! Having the money will certainly help you more than any government program you could buy with a $250 contribution!

Second, I am not even willing to be on the ballot. Getting your name on the ballot requires a tremendous amount of volunteer effort and expense. I understand it costs about a half a million dollars to get your name on the ballot in Virginia alone. If it wasn’t worth your $250, it certainly isn’t worth a half million to me! So if you want to vote for me, you will have to write in “David John Marotta” on November 6. Better yet, write your own name in, because it is your choices that will have the most effect on your future.

I have a quiz to help you determine if you are a good candidate for membership in the Financial Freedom Party. This quiz comes from Bert Whitehead’s book “Why Smart People Do Stupid Things with Money: Overcoming Financial Dysfunction.” Bert Whitehead is a fellow member of the National Association of Personal Finance Advisors (NAPFA), and I highly recommend his book (at least until my presidential memoirs have been published). I will not deny the rumor that Bert could be drafted as my vice president, and his self-test is a good method to determine how much control you have of your financial freedom. For each of the following seven options, select which of the two choices you think will most impact your financial future:

If you answered A for any of the choices, you might want to consider backing the presidential aspirations of one of those other guys. You aren’t yet fully in control of your own finances. Our party platform sides firmly with Bert Whitehead in claiming that in each case, choice B will have a much greater impact on your life than choice A.

You may believe that some of the A choices are critical to your future well-being. They are not as critical as your own choices. Now that my candidacy is formally announced, I will expand on the Financial Freedom Party platform. And you can best support my efforts by joining the grassroots movement to ensure your own financial freedom.