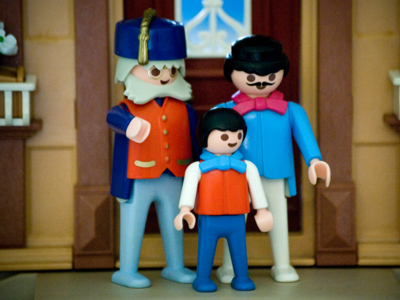 Many families seek financial planning advice specifically for retirement. But if they wait too long, they miss an important tax-planning opportunity. A great strategy is to take advantage of the time between retirement and Social Security at age 70, the so-called gap years. With some planning for this gap, you can move income into the lower tax brackets.

Tax planning is a critical part of comprehensive wealth management. A dollar saved on taxes is worth more than a dollar earned. When you earn a dollar, the government taxes you, taking a portion of your earnings. But if you can choose when and how much you want to pay in taxes, you can apportion your tax burden as beneficially as possible.

Don’t think only the very rich need tax planning. Every year you make decisions that delay or accelerate paying taxes. For example, you do nothing and fail to take capital gains. You fund your 401(k) and avoid paying tax. You do not fund your Roth IRA and lose the opportunity to move money where it will never be taxed again. You don’t have a Medical Savings Account and miss using pretax dollars for medical expenses. You hold your bonds in a taxable account and pay ordinary income tax rates on your interest.

Thus either by action or inaction, our decisions have a long-term effect on our after-tax situation. Small changes have large effects over time, which is the basis of wealth management. Smart tax planning gives you significant opportunities to boost your after-tax net worth.

Imagine three families, each with wealth they amassed in different ways. The Roths have saved $2 million entirely in Roth accounts. Investments to a Roth account are contributed after having paid taxes. While in the Roth and during withdrawals, no tax is owed. Thus funding a Roth means safeguarding money from taxation.

You might think the Roths are in an enviable position. At age 65 their safe spending rate is about 4.36%, or $87,200 a year. They can withdraw this amount from their Roth account and none of it will be taxed. They have a $2 million portfolio and yet enjoy the lowest tax bracket possible. But they have missed an opportunity to realize some income in the lowest tax brackets. Had they planned they could have delayed paying tax on some of their income until retirement.

The IRAs delayed paying tax on all of their retirement savings. They were able to save more because each dollar of savings only reduced their take-home pay by about 70 cents. They saved over $2.8 million in qualified pretax accounts. At age 65 they retire and must start withdrawals because they have no other money to fund their lifestyle. When they withdraw 4.63%, it will be $124,571. They will pay 30%, or $37,371, in taxes and live off the remaining $87,200.

I’ve made each family’s position as equal as possible at age 65, but these options are rarely equivalent for more than a moment. I’ve assumed a total state and federal tax of 30% and a capital gains tax of 15%, but these are hardly fixed.

Young families are usually in a much lower tax bracket than they are later in life. For clients younger than 40, I recommend funding a Roth as their first priority. Many families find themselves in the opposite situation. They received a small tax deduction when they were in a low tax bracket only to find that required minimum distributions after age 70 place them in a higher tax bracket.

Senior citizens hold most of the wealth in America. And tax planning should project and minimize the future tax burden as well as the current year.

In 2012 the top capital gains is 15%, but next year it rises to 20% and 23.8%, respectively, for those in the highest brackets. In 2012 the capital gains tax is 0% for couples whose taxable income is under $70,700. This rate rises to 10% next year. All Americans must make capital gains decisions based on the likelihood that the Bush tax cuts will expire for their tax bracket. Doing nothing is equivalent to deciding to pay capital gains in future years at higher rates.

Those in the top tax bracket can choose to convert their traditional IRA accounts to a Roth. If they are already in the 35% tax bracket, they can convert a $2 million traditional IRA to a Roth account and owe $700,000 in federal taxes. Waiting until 2013 to convert would mean they would owe an additional $90,000.

Tax planning is complex with many moving parts to the equation. Roth conversions reduce your future required minimum distributions, which can lower the tax you owe during retirement years. But by inflating one year’s income, it can also increase the amount you must pay for Medicare the next year.

This is the general principle for tax planning: move income from high-income years into lower income years and save the difference in marginal rates. If tax rates rise for everyone next year, moving income into this year by doing Roth conversions and realizing capital gains is the best bet.

Imagine a fourth couple, the Planners. They saved in their Roth accounts when they were in the lowest tax brackets. They also saved money in a taxable account. And when their income was at its peak or they could get a match from their employer, they saved in traditional retirement accounts. Now they are retiring at age 65 but not starting Social Security until 70. During those gap years they can convert some of their traditional retirement accounts to Roth accounts while staying in the lowest tax brackets. Expert planning means they have sufficient taxable savings both to pay the tax and continue to fund their lifestyle.

No one wants to pay more federal tax than legally obligated. Small changes in tax planning can have large effects in your after-tax net worth over time. And tax planning over your entire lifetime can have the greatest impact of all.