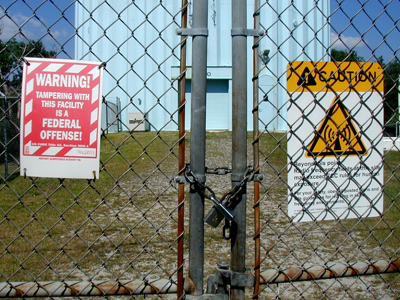 The various congressional bailouts have been touted as essential to the nation’s economic security. So long as the notion of economic security remains vague and abstract, it has wide support. But anyone who examines the details should realize this so-called security threatens our freedom and stability.

Security can be understood in two different ways. The first is having enough to eat, a place to live and clothes to wear. We all can agree that in our affluent society we can afford to provide every citizen some minimum standard of living so those falling on hard times may be given a hand back up.

The second way to understand security is the assurance that whatever salary or assets you have earned, including your current position and rank in society relative to others, are yours to keep. Often this second type of security is overlaid with a moral judgment that the people benefiting from this support are more deserving than the rest of society.

With today’s level of productivity we can provide the first type of security without endangering freedom or promoting corruption and preferential treatment. Even so there is still serious debate about this support. We should question if government is the best vehicle to deliver it or if private charities do a better job. With increasing globalization, we should also ask the moral question if our safety net should provide a level of support well above 95% of the world’s population.

Nevertheless, security of this first type generally protects people against calamities they would naturally want to avoid under any circumstances. It helps them preserve their health, ability to work and the possibility of regaining a foothold if needed. In other words, it gives them a safety net, not a hammock.

The second type of economic security is much more of a threat to freedom and certainly more prone to corruption. Under this type of security, society tries to protect certain sectors of society from the natural and regular fluctuations of economic activity by subsidizing some or all of their losses from failed ventures. Some automakers get money, and others do not. Some banks are subsidized, and others are allowed to fail.

This form of economic security is ultimately designed to protect certain classes from loss of either their annual income or their accumulated wealth. In a free-market economy, people spend their money on those goods and services they believe are the most valuable. They are free not to spend money on things they deem less valuable. The behavior of consumers is an objective way to measure the value placed on particular goods and services.

Any supplement of the value that people are actually willing to pay for goods and services can only be based on subjective bias away from the fair market value. It may correspond to some perception of effort and intentions, but it will still be subjective bias, trumping an objective willingness to pay freely.

To understand these two kinds of economic security, consider that people are more willing for the government to bail out the consequences ensuing from a large disaster than a personal tragedy. The more people who are killed or inconvenienced, the easier it is to garner public support, even though a family is no less devastated by a single fatality in a car accident or a lightning strike. Helping people in need is always a kind and gracious act when freely given. But making it an entitlement of public policy is not.

Again, I’m not talking about efforts to help rescue families subject to the misfortunes of market forces by providing basic needs. I’m questioning the wisdom of bailing out the industries themselves so those who are employed keep their middle- and upper-class lifestyles. Ensuring security in some sectors of the economy comes at the expense of other sectors. Securing one sector against market fluctuations destabilizes all the other sectors, causing the latter to bear the brunt or needlessly fail themselves.

When a few receive the largess of a specifically targeted bailout, the rest of society is left to pay the consequences. The cost of the resources bestowed on the privileged drives up the cost for everyone else. The tax revenues directed toward the enfranchised are often taken from those of lesser means. And the trillions spent devalue the accumulated savings of those who received no government boon.

This problem is not simply that the free market gives people an incentive to do their best. Rather, the bailout removes any yardstick by which they can even judge what is best. The bailout changes a private mistake into a public crime. When private businesses fail, it need not be a public matter. The business goes under because of poor management, and the assets are sold or distributed as part of the company’s liquidation. If there are fewer banks in town, I am not hurt. If one car company stops production there will still be competition to sell me a new car. But if the government guarantees the enterprise, then it becomes a crime against society for the company to fail. Failure now becomes a political scandal.

There must be charges of mismanagement. There must be an inquiry. Those responsible must be held accountable. Those innocently injured must be made whole. And all of this must be accomplished by government.

It doesn’t matter that other companies, perhaps even in the same industry, were well managed. They will not receive support. And worse, they will experience an unfair disadvantage in the marketplace when their direct competitors are subsidized. To every grant of security bestowed on one group, every other group grows more unstable and finds its freedom compromised.

Government spending is often taken to have a wholly positive effect on the economy. It is assumed that as the money is spent, jobs are created, companies become profitable and the money received in taxes is spent again, creating a higher gross domestic product and a higher tax base. Such thinking is obviously false. No family can spend their way out of debt or financial troubles. Neither can society as a whole.

If the government had allowed the money to remain in the hands of the taxpayers, they too would have been able to spend the money, creating jobs and empowering the economy. Although you can argue that governmental choices are superior to the choices that individuals might make, you can’t argue with the fact that individuals, free to make their own choice, would have chosen to spend their money differently.

In free markets, transactions are voluntary. They do not continue unless both parties believe they are better off making them rather than not. But government policies are not voluntary. They can continue indefinitely even if they impoverish society as a whole. Government doesn’t have any productivity of its own. It can simply take money from some and give to others. And because government’s pie is fixed, if it guarantees a set portion to one group of constituents, it inevitably diminishes the share apportioned to everyone else.

As a result, security becomes a political privilege and more difficult to achieve. We can only look to politicians to provide it. As a scarce and thus more valuable commodity, security soon overshadows other measures of success. Controlled areas of the economy cause other sectors to fail in an increasing spiral. And when they do not succeed, it is perceived as a failure of the free markets. Unregulated parts of the economy won’t be able to take risks. And both the risk of failure and the potential windfall profits are then viewed as moral failings.

Put another way, the very engine of entrepreneurial capitalism is increasingly implicated as the problem. Lack of regulation is blamed until security is imposed on more parts of the economy. It doesn’t matter that government intervention in the free markets provoked the failure. Government causes the problem in the first place and then gains sweeping powers as society relies on it to solve the crisis.

Unquestionably, both the Bush administration and the Congress dominated by Democrats are to blame for poor bailout legislation packages. We need a new political paradigm, one humble enough to acknowledge that regulation caused many of the crises we are currently facing. Intervention is prone to all that is worst in Washington special-interest lobbying. And intervention disrupts much of the equilibrium in the markets and makes security less likely. We must recognize that attempts to impose security are apt to destabilize rather than ensure people’s security.